The Amazon rainforest is home to around 50% of the total plants and animals in the world.

From the Peruvian Andes to Mexico's white-sand beaches, Latin America and the Caribbean play home to 34% of the world’s plant species and 27% of mammals, making it one of the world’s biodiversity ‘superpowers’.

Representing only 16% of the global land surface, the region includes six of the world's most biodiverse countries—Brazil, Colombia, Ecuador, Mexico, Venezuela and Peru— and harbors the world’s greatest carbon sink in the Amazon.

But experts already worry about the region's vast natural resources being depleted as a result of untethered growth -the type of which has made Latin America an economic success story in recent years.

With the largest urban population (more than 80%) and the fastest growing motorization rate in the world (4.5% per year), Latin America faces the challenge of pollution, overuse of its water and natural resources, as well as the negative impacts on the health of people, especially the poor, and the environment.

The region is also affected by, and contributes to, climate change.

Over the past 20 years, the region has taken significant strides in tackling these issues. Latin America and the Caribbean lead the developing world in biodiversity conservation and natural resource management and are at the forefront of reducing urban pollution. Countries are investing in increasing their resilience to climate change and to curb emissions.

A new knowledge series, titled “Environment & Water Resources Occasional Paper Series,” seeks to capture these experiences and contribute to the global exchange in the pursuit of greener and more inclusive growth.  Produced by the Environment and Water Resources Unit of the Sustainable Development Department in the World Bank’s Latin America and the Caribbean Region, the series is a tool for sharing experiences with countries and potential project partners, according to Bank officials.

The series addresses issues such as financing biodiversity conservation in the region, empowering women in irrigation in Peru, managing environmental health in Nicaragua, and adapting to climate change in Mexico, among others. 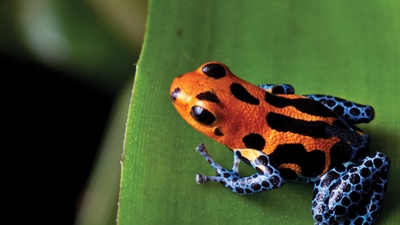