Q&A: Aynak and Mining in Afghanistan

Aynak is a large undeveloped copper resource, located about 40 km southeast of Kabul in Afghanistan’s Logar province.  After a competitive bidding process, the government of Afghanistan in 2007 awarded a 30-year lease to the Metallurgical Corporation of China (MCC, which then created the Afghan entity named MJAM) to explore the resource and submit a bankable feasibility study and associated environmental social impact assessment as next steps toward establishing a copper mine. International archaeologists brought to the attention of the Ministry of Mines the potential for important antiquities on the site and were instructed by the Ministry of Mines to begin assessment and excavation.

What are the cultural resources at Mes Aynak?

Mes Aynak (“little copper well” in Dari) refers to an archaeological site interpreted to comprise an ancient Buddhist monastic complex, city, devotional temples, ancient copper mining galleries, and hundreds of exceptional sculptures.  Activity at this site is estimated to date as far back as the Bronze Age (3000 B.C.E.), with significant mine and cultural development from the first to the eighth centuries C.E.  There is relatively little evidence of post-eighth-century activity at this site, but Mes Aynak is joined by nearby sites including Khawar, which archaeologists deem to be equally rich and containing magnificent examples of the Buddhist heritage of Afghanistan.

What is the timetable for mining development at Aynak?

MCC took control of the site in 2008, and the Ministry of Mines established a security perimeter, which had the side benefit of protecting Mes Aynak from looting. But irreversible damage had already been done, as archaeologists found recent (circa 2001-2007) looting in which the upper portions of many large sculptures had been removed and carted away. Based on the proposed development plans submitted by the company, archaeologists had an initial three years (2010-2012) to assess and document the site and undertake salvage archeology in the priority area adjacent to the first proposed mine development (later named the Red Zone).

Responding to media reports that all work would stop after December 2012, Minister of Mines Wahidullah Shahrani confirmed on Jan. 2, 2013, that “the vitally important conservation work at the Mes Aynak archaeological site will continue alongside preparations for the Copper Mine in the vicinity. The Government wants to conserve the cultural site and the pieces of historical importance. … No work will be carried out by the copper mining company until we have prior approval and clearance from the Ministry of Information and Culture.” Indeed, World Bank-funded support to Mes Aynak through the Second Sustainable Development of Natural Resources project runs through mid-2016.

Why does Afghanistan need mining?

Afghanistan is one of the poorest countries in the world, with a per capita gross national income of $470 per year. As Afghanistan emerges from conflict and transitions from an economy supported by large amounts of foreign aid to a self-sustaining economy, it needs to use its natural resources to help fuel growth. Afghanistan is considered to have considerable mineral potential, with estimates of the value of minerals in excess of $1 trillion, but much of that wealth is locked in the ground pending development of infrastructure that will link mines to global markets.

Mineral and hydrocarbon developments can, when directed by policies for governance and sustainable development, be a pillar of future economic growth in Afghanistan, creating both direct and indirect employment and income. Developing transport and other infrastructure will help open up areas for overall economic development and generate not only considerable domestic revenue but also trade and balance-of-payments benefits. If managed properly, with benefits accruing to the local communities in addition to government and industry, mining in Afghanistan has the potential to be a driver of economic growth and diversification, key tools in poverty reduction.

Afghanistan has two presently known world-class mineral deposits – the Aynak copper deposit and the Hajigak iron ore deposit. Aynak and Hajigak represent two large potential investments by Afghan and global standards. The mine developments each would require $2-3 billion in investments, and each mine would also require investment in ancillary infrastructure in the order of $2-3 billion or more. A low-impact scenario, based on prevailing market conditions, projects that Aynak could create 4,500 direct, 7,600 indirect and 62,500 induced jobs and approximately $250 million in annual revenues once the operations reach projected capacity of 250,000 tons per year of copper. Hajigak iron ore is estimated to have similar employment and fiscal impacts. In addition to employment and fiscal contributions, the development of the sector will be a stimulus to much-needed social and physical infrastructure and technology transfer through the development of professional skills.

What is the World Bank’s involvement in mining in Afghanistan?

The World Bank has been providing policy advice to the government of Afghanistan since 2003. Since 2005, it has provided technical and policy guidance, capacity building, and advisory services through the Sustainable Development of Natural Resources Project (SDNRP) and Second Sustainable Development of Natural Resources Project (SDNRP2), providing a combined $92 million in grants to promote sustainable development of the minerals sector. The Bank’s support has helped the government establish the legal regime for mining; provided training to government mining and geological professionals; and strengthened the regulatory institutions with a view to encouraging environmentally and socially sustainable private sector investment in the mining sector.

Specifically, the World Bank’s role under the Aynak tender was to help ensure a transparent, competitive, and non-discretionary process while respecting the Mining Law and the exclusive mandate and responsibility of the government to undertake the tender process, and to evaluate and select the preferred bidder.

What is the World Bank doing to help with cultural resource conservation?

Starting in 2011, the SDNRP and SDNRP2 projects began to provide reinforcing support to DAFA (Délégation Archéologique Française en Afghanistan), which is undertaking a comprehensive archaeological assessment of Mes Aynak, identifying the relative archaeological density of the various sites within the Metallurgical Corporation of China concession area and formulation of an archaeological excavation and salvage strategy. The SDNRP2 is now funding the implementation of this strategy, the core of the effort currently focused on the “red zone” covering those areas immediately adjacent to the first phase of mine development. Moreover, the World Bank has assisted the Ministry of Mines and Ministry of Information and Culture in reaching out to UNESCO to assist DAFA in preparation of a more comprehensive, longer-term management plan for Mes Aynak, recognizing the need for integration of physical cultural resource protection and mine plans. UNESCO activities are likely to include:

More broadly, the World Bank is providing funds for a nationwide assessment of the intersection of mining and cultural antiquities, starting in priority areas in which MoM is awarding licenses.

Which other development partners are involved?

The World Bank has worked closely with other development partners including providing support for the Afghan Geological Survey (with the British Geological Survey and the United States Geological Survey), work on a new fiscal regime with the IMF and USAID, work on artisanal and small-scale mining with USAID, and preparatory work on the Aynak Copper Tender with UK DFID and US AID. Other development partners have taken the lead in assistance regarding the hydrocarbon sector (Norway and the United States) and development of a new structure and new business plan to help streamline the Ministry of Mines (DFID). Technical advisors, funded by the Asian Development Bank, the World Bank, and USAID, are currently at work planning for railway development needed for transport of mineral products. AusAid currently supports the World Bank in broader analytical activities to foster economic linkages and build capacity around resource corridors.

Yes, there is wide agreement that cultural preservation and resource development are two sides of the same coin, and that one activity can not only support the other, but protect the other as has been the case at Mes Aynak for the past five years. SDNRP2 is funding work to explore how best to balance the need for preservation with the need to develop Afghanistan’s natural resources, extending its reach beyond the Ministry of Mines and National Environmental Protection Agency to include the Ministry of Information and Culture. In the specific case of Aynak, the mining company has not yet filed its mining plan, which is a next step in aligning the archaeological management plan with staged mine development. 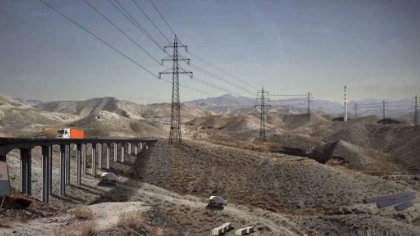