Children at Work in Mexico, Still a Major Issue

“Buy something from me,” says a little boy to a couple sitting in a coffee shop in one of the popular, trendy neighborhoods of Mexico City. He is selling little colorful figurines. He goes from table to table instead of playing with the toys he is showing. From his looks, he cannot be older than seven or eight.

This is a scene that is still too often seen in Mexico.

And with reason: millions of minors work in the country, and 870.000 of them are under 13 years old.

However, the number of children that work, whether paid or not, has decreased in the last decade, partly because parents had a better education, and partly because of social programs like Oportunidades, that gives cash to families that keep their children in school.

A joint study of the World Bank, the International Labor Organization and UNICEF, shows that this is a positive trend, although the issue is still pressing and specific policies are needed.

Who are the children that work?

There are almost twice as many children in the countryside that work than in the city. Also, more of them work in States like Guerrero, in the South, (where 12% of six-to-13-years-old work), than in Chihuahua, in the North (where only 1.4% of children work).

The older the child becomes, the more likely it is to drop school and start working. For example, a third of 17 year old Mexicans work.

Many kids who work go to school at the same time. This has consequences on their academic performance and on their health, especially if they are very young: they spend less time on their school activities, and less time resting or playing.

This means they are less likely to have a higher-paid, formal job in the future.

" The studies show that child labor represents a high cost for society, in terms of economic growth " 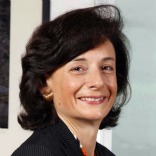 Research of the UCW (Understanding Children’s Work, a research cooperation project) and World Bank specialists, shows that children and youth that work will have a lower school performance, and are more likely to drop out of school and to have a difficult future.

Why are there less children working nowadays?

Policy action in the field of education as far back as the 1970s and 1980s helped many people to receive a better education – the number of people finishing primary school increased dramatically at that time. Once they became parents, they were less inclined to send their children to work, according to the study.

The conditional cash transfer program Oportunidades also contributed to create incentives for parents to keep their children in school. There are 8% less boys between 12 and 15 years old that work thanks to the program, the study shows.

Also, the report noted that because there were less parents working in agriculture, about 3% less boys worked, simply because there was less demand for their participation.

Mexico´s experience shows that an active government in these issues is crucial, according to the study. However, it also shows that more targeted action should be taken, specifically addressing child labor, so as to complement what has been done in education and conditional cash transfers. Mexican policymakers are aware of the challenge and, as noted in the labor law reform from November 30th, are working on developing programs that allows them to identify and combat child labor.

About the World Bank in Mexico

The World Bank is collaborating with Mexico on issues like social protection, by offering a whole array of financial products, including lending for projects, by giving technical assistance and analysis, and by bringing key stakeholders together.