The Sustainable Livelihoods Project II (2008-2012) is the second part of a three-phase program, which aims to enhance livelihood security and sustainability by scaling up institutional mechanisms that reduce the vulnerability of communities throughout Mongolia.

Mongolia’s economy has grown rapidly due to the growth of the commodities sector; however, it remains highly vulnerable to shocks. In 2010, the dzud (harsh winter) depleted over 20 percent of livestock. Similarly in 1999 and 2001, weather extremes caused the loss of 30 percent of livestock. Thus although poverty reduction has been achieved, benefits have been inequitable. Poverty incidence in rural areas is 46.6 percent compared to 26.9 percent in urban areas.

Social service provisions remain of concern. Due to lack of access, poor educational quality and poverty, rural children attend fewer years of schooling. Although financial services have been strengthened in recent years, many rural residents still lack access to services like credit lines that could reduce vulnerability and build economic assets.

Pastoral Risk Management is to continue strengthening the capacity of rural families, especially livestock herder households, to manage environmental, financial, social and other forms of risk that can adversely affect their livelihoods.

Community Initiatives is to establish effective, transparent and socially inclusive mechanisms that empower citizens to identify and implement small public facility improvement projects nationwide. The community members are key participants in the identification of priorities and the formulation and implementation of demand-driven projects; and play an important role in supervision, monitoring and final evaluation of the project impact. The appraisal and approval of project is decentralized and undertaken at the local level. Communities and local government co-finance all sub-projects.

Microfinance Development is to expand the outreach of financially and institutionally sustainable micro-finance services to the poor and vulnerable in rural Mongolia.

Project activities are in many sectors affecting rural communities. Highlights include:

" I am pleased that the well is now operational. "

Batjargal, from southern rural Mongolia, travels from his ger to a well seven kilometers away to sustain his family of six and 700 heads of livestock. For many years it lay in disrepair. Following a successful proposal to the pastoral risk management component of the project, the well was rehabilitated. “I am pleased that the well is now operational,” he said.

Ms. Ulziisaikhan from Dornod aimag borrowed 1 million tugrug to start a farming business. This enabled her to grow vegetables on 2 hectares of land, and by selling the harvests she has made enough profit to repay her loans.

An IDA credit of US$20 million and an IDA grant of US$13.5 million will cover $33.5 million of the projected US$55 million cost of the project. In addition to IDA, the project is a co-funded by the European Union ($13 million) and the Japanese Government ($ 4.5 million). Additional financing of US$ 11 million from IDA was approved in June, 2011.

A third phase of the program the Sustainable Livelihoods Project III will be implemented from 2013 to 2016. The project will begin preparation soon and aims to fully institutionalize appropriate mechanisms utilized in phase I and II to reduce the vulnerability of rural communities throughout Mongolia and fine-tune innovations for long-term sustainability. 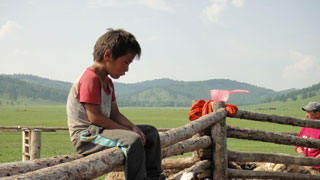