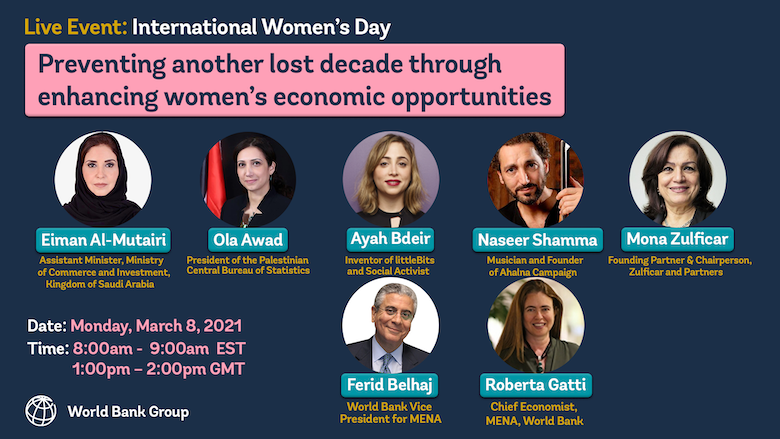 Gender equality is smart economics. Increased female economic participation contributes to sustainable growth and is key to helping grow the middle class. However, in the Middle East and North Africa region, very few women work. As a region, MENA has the lowest female labor force participation in the world – only 22% in 2020, compared to 77% for men – and unemployment among women is much more severe than among men. In the context of multiple crises, including the ongoing COVID-19 pandemic, what are the challenges facing women still in joining the labor force, and what can be done to remove such legal, mobility, financial, and other barriers to an equitable access to opportunities?

This International Women’s Day, please join World Bank MENA Vice President Ferid Belhaj, Chief Economist for MENA, Roberta Gatti, and notable influencers and leaders from the region for a live discussion on the current situation and what development partners like the World Bank Group can do to elevate the impact on the ground for women.