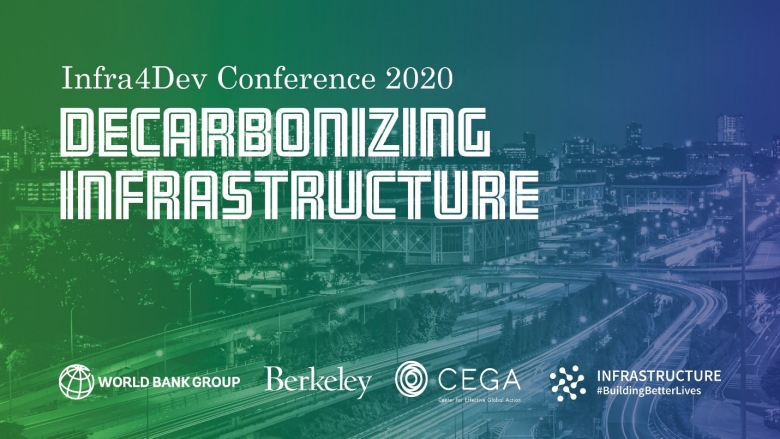 Disruptive technologies are set to make infrastructure systems around the world more intelligent, efficient and sustainable, reducing the emission trajectory of energy and transport sectors, as well as reducing the carbon footprint of energy-intensive users throughout the economy. While these technologies could reduce the energy intensity of providing goods and services, some could also induce rebound effects. The impact will depend on the combined effect of changes in consumer behavior, policy intervention, and technological adoption.

In this context, the post-COVID-19 recovery could be an opportunity for countries to scale up cleaner and more sustainable infrastructure solutions to support long-term economic growth, foster job creation, and connect more people to opportunity.

Launched in 2019, #Infra4Dev is an annual conference series focusing on a wide range of cross-sectoral and trending topics at the intersection of energy, transport, and digital networks in the developing world. The series is sponsored by the World Bank’s Infrastructure Vice Presidency and is jointly organized with a host university which changes every year.