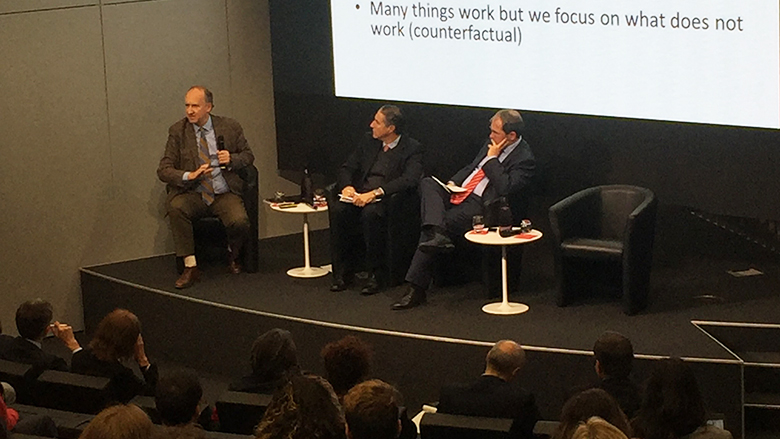 During 2015 the United Nations published major reviews of its peace operations, peacebuilding architecture and implementation of the women, peace and security agenda. In the face of an increase in the number, complexity and intensity of violent conflicts, the reviews examined serious weaknesses in existing structures and mandates and underscored the need for a prioritized focus on conflict prevention and the “primacy of the political” in the international response. They recognized that violent conflict is a central challenge for implementing the Sustainable Development Goals, and highlighted the importance of “sustaining peace” across engagement before, during and after conflict. In parallel, development actors such as the World Bank are increasing their attention to conflict and fragility, including through greater levels of financing for conflict-affected states. Yet gaps remain in our understanding of how various tools interact with domestic institutions and the preferences and interests of national actors, in order to have a positive impact on the trajectory of a conflict.

In this session, panelists will discuss the conditions under which different tools and approaches - from preventive diplomacy and mediation, to structural prevention and development policies and programs– have and can contribute to preventing conflicts.