Vietnam: Adapting to An Aging Society

World Bank Country Director for Vietnam Carolyn Turk discusses the way forward for Vietnam to cope with an aging society. 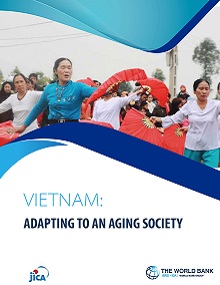 Vietnam is going through the demographic transition to an older society at an earlier stage of economic development and a lower level of per capita income than other countries who have experienced a similar shift. The prospect of “getting old before getting rich” means that Vietnam faces a set of important challenges whose solutions require making hard policy choices. This report offers a roadmap to navigate this critical juncture.

Vietnam is on the cusp of a dramatic aging of the population. In 2015, Vietnam became an aging society. By 2035, it will be an aged society. This makes Vietnam one of the fastest-aging countries in the world.

Unlike many societies which have gone through this transition to an aged society, Vietnam is getting old before getting rich. At a per capita of 40 percent of the global average, Vietnam is still far from upper-middle income status. And the speed of its population aging means that it will have less time to adapt to an aged society than many advanced economies have had.

Getting old before getting rich means that Vietnam faces a unique set of challenges that will require major reform efforts. The country must aim to take advantage of the “window of opportunity” while also mitigating the demographic headwinds to growth and the challenges of high fiscal costs of aging. This will require making hard choices and implementing major policy reforms.

Vietnam faces a “now or never” policy dilemma. Without major reforms, the country’s demographic shift will lead to major slowdowns in long-term growth, which – coupled with the substantial fiscal pressures of an aging society – could lead to high levels of deficit and debts, pushing up interest rates, crowding out much-needed domestic and foreign investment, and threatening macroeconomic stability.

With the right policies, Vietnam can still thrive economically and socially in the midst of this demographic transition. Major reforms include building a labor market that facilitates productivity and extend working lives, investing in human capital across the lifespan, expanding its social welfare systems while ensuring their sustainability, and developing a vibrant long-term care system. 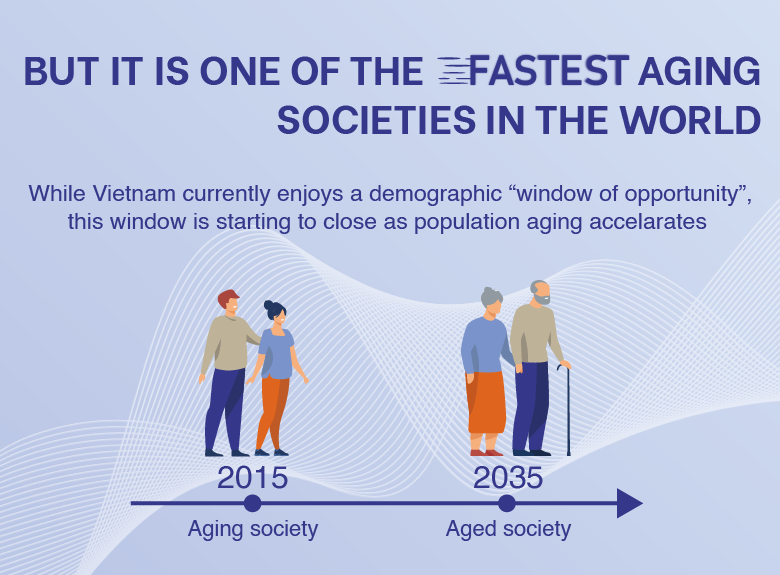 "Since becoming a super-aged nation in 1960s, Japan has experienced various implications of aging, particularly those related to adjusting social protection programs and promoting community-based care. There have been a lot of successes, and also many bitter experiences. We hope these shared lessons will be useful for Vietnam to not only cope with the demographic shift but also to benefit from it."
Shimizu Akira
Chief Representative of JICA Vietnam Office

The report is jointly produced by the World Bank and the Japan International Cooperation Agency (JICA) and part of a broader joint program to assist Vietnamese policy-makers in preparing for an aging society.