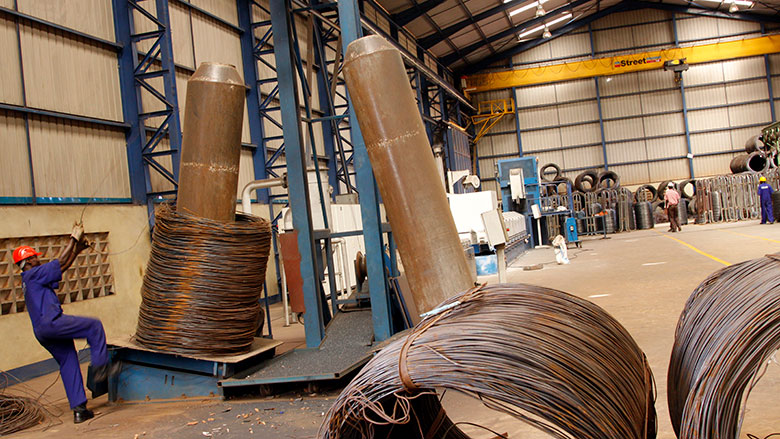 KAMPALA, April 17, 2020 – While nearly eight in 10 working-age Ugandans are employed, the low quality of jobs and the fast pace at which people are joining the workforce annually requires faster economic growth and the creation of higher productivity jobs to drive social and economic transformation, according to a new World Bank study.

Uganda: Jobs Strategy for Inclusive Growth says that while the number of qualified job seekers is high due to improved access to education, the demand for skilled and highly productive workers remains low in the country.

Uganda is the world’s second youngest country with a median age of just 15.9. Some 800,000 young people reach working age every year and will continue to rise to around a million on average in the next 10 years to 2030.

“The good news is that thanks to Uganda’s primary and secondary education policies, these young people have more years of schooling than the generations before them. Some will go on to higher education. The others will be job seekers,” said Dino Leonardo Merotto, World Bank Lead Economist for the Jobs Group. “The rise in population will require the country to create up to three times the to create twice, then over three times as many jobs annually in the next generation.”

The strategy however shows there is a mismatch between the proportion of job entrants and the jobs available in the market. Currently, 77% of the population aged between 15 -64 are employed, and while the unemployment rate is low at 3.2%, one in four is in wage employment. The majority work for themselves or for their families. Among the youth, three in five work in unpaid occupations, contributing to household enterprises.

This trend is not sustainable as it is estimated that 13 million new workers will join the labor market between 2017 and 2030, as well as the high levels of dependency.

To match per capita gross domestic product with less dependency, there must be a dramatic increase in high productivity jobs, according to the strategy. Growth will need to be accelerated in agriculture, agri-business and agro-processing to start off a process of structural change.

Global experience also suggests that most workers in many countries prefer waged employment, which rises as a share of total employment as countries develop to lower middle-income status and beyond. As people switch from agriculture to off-farm work, they move to urban areas as agricultural productivity rises, and they shift from being self-employed to working for a wage.

These findings are consistent with global experiences whose findings were recently published in Pathways to better Jobs in IDA Countries, a report which suggests that the creation of waged employment is a key element of the economic transformation countries make as they move toward a higher per capita income.

The report recommends that government policy and investments focus on creating jobs through economic transformation for youth. These policies should facilitate regional trade, encourage private investment, promote urban development and incentivize commercial agriculture by encouraging collaborations up and down the value chain, the strategy says. It also suggests that government realigns youth employment programs to prepare graduates for semi-skilled work.

“The surest way to raise the demand for labor quickly is to improve net trade,” Moretto said. “And since most workers are on farms, this means ensuring that Uganda’s farmers are better connected to markets in Kampala and other cities and towns, both here and across our borders.”

The strategy makes several recommendations to maintain the high supply for workers while creating enough demand for their skills and services in a rapidly changing job market, including: