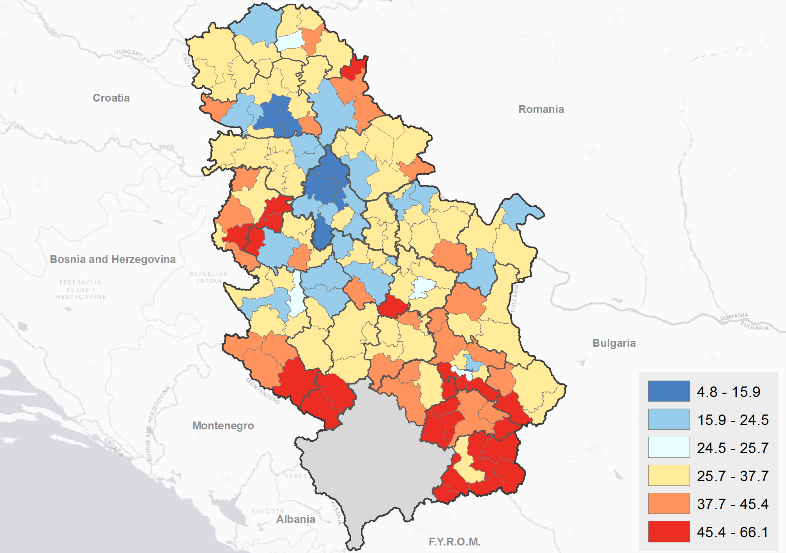 The Statistical Office of the Republic of Serbia and the World Bank have developed a set of poverty maps for Serbia, which show variability in welfare across the country by combining two sources - the population census and a household survey - to estimate the poverty rates for small geographic areas, such as districts and municipalities.

The Government of the Republic of Serbia is committed to monitoring and promoting poverty reduction and social inclusion. With the prospect of joining the European Union (EU), Serbia began implementing the Survey of Income and Living Conditions (SILC) in 2013, one of the main sources of data used in the EU to monitor these targets.  Based on this survey, 24.5 percent of the population (or just under 1.8 million people) in Serbia were at risk of poverty (AROP). At the same time, there is a high degree of variability in living standards within the country.

Detailed knowledge of these geographical disparities would be useful to help the Government design the right policies and programs to support growth, jobs, poverty reduction, and social inclusion. 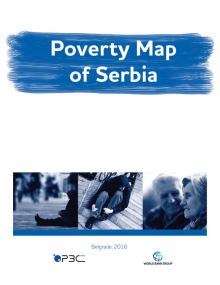 The Statistical Office of the Republic of Serbia (SORS) and the World Bank have developed a set of poverty maps for Serbia, showing variability in welfare across the country.  These maps combine information from the 2011 population census and the 2013 SILC household survey to estimate the at-risk-of-poverty rates for small geographic areas such as districts/areas and municipalities. Poverty mapping uses multiple imputation techniques and leverages data from these two sources to estimate poverty for small areas, which would be impossible to reliably derive with survey data alone.

The results show that a number of municipalities in the southern part of Serbia have high poverty incidence. The estimated AROP rate ranges from 4.8 percent in Novi Beograd in the Belgrade Region, to 66.1 percent in Tutin in the region of Šumadija and Western Serbia. Even within the same region, such as Southern and Eastern Serbia, this rate ranges from more than 13 percent in Medijana to more than 63 percent in Bojnik. Some areas with high AROP incidences also have many poor people, and a great number of poor people are in densely populated parts of the country.

They not only build awareness and strengthen accountability, but also potentially help to improve resource allocation and achieve better geographic targeting. Once particular areas or populations are identified to be in greatest need, it is important to combine with local expertise to understand the underlying reasons, which may vary from place to place, to arrive at the most appropriate policy recommendations. 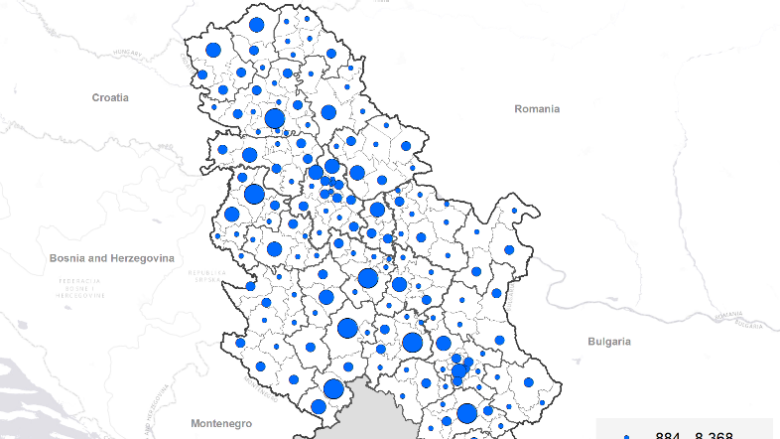 Number of people in Serbia at-risk-of-poverty. 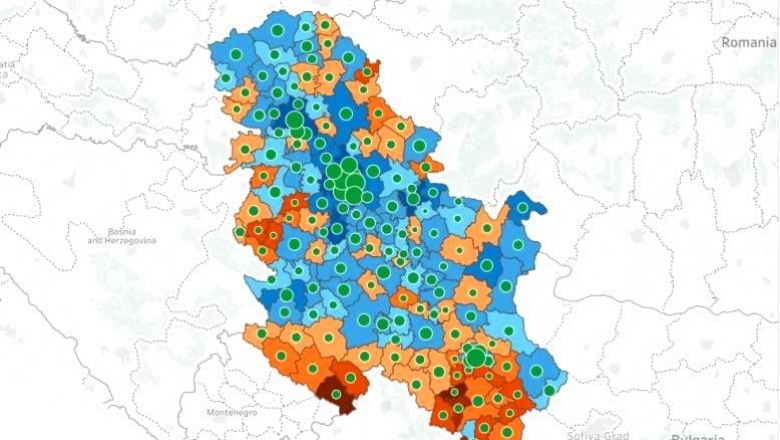