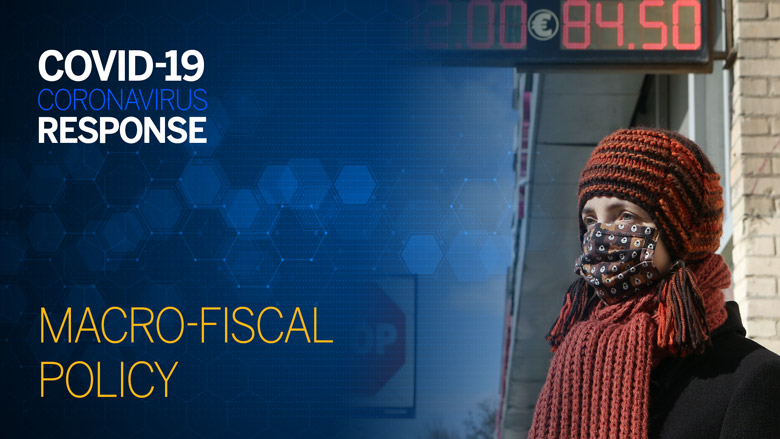 The Russian economy is expected to slip into a recession in 2020.

Containment measures introduced by the government at the end of March to stop the spread of the virus, currently set to last until May, have caused disruptions in work operations and resulted in supply shocks. At the same time, declining incomes and elevated uncertainty have led to a demand shock for both households and investors. The slump in global demand for energy and other goods exported by Russia is adding to the negative effect on the economy.

The financial and corporate sectors are likely to fall victim to an economic decline.

Security markets in Russia have seen major corrections (the RTS [Russian Trading System] index has dropped by 25.6 percent since the beginning of the year), and banks are likely to see huge pressures on their balance sheets as debtors default, new borrowers disappear, and savings dwindle due to job and livelihood losses.

Firms are being hurt by the collapse in demand and, on the supply side, by the inability of workers to go to work and the breakdown in global supply chains and transportation networks. As a result, the likelihood of large-scale corporate bankruptcies is rising. Consumer services sectors have been hit the hardest.

Moreover, the oil production industry’s output will shrink on the back of the slump in global demand for oil. The OPEC+ agreement signed by Russia will require oil production cuts of about 20 percent beginning in May 2020.

Low oil prices, containment measures, and an economic recession will turn a planned budget surplus into a deficit.

With oil prices going far below the US$42.4/bbl (the threshold specified in the fiscal rule), federal budget oil revenues will drop substantially and the federal budget deficit could reach up to 5 percent of GDP. The low oil prices and diminishing global demand have also reduced export revenues and put pressure on the current account and exchange rate.

The current account surplus is expected to turn into a deficit in 2020, and the Central Bank of Russia (CBR) expects to spend US$47 billion of international reserves. Despite these challenges, Russia maintains sizable macroeconomic buffers to confront the strong economic headwinds. As of April 1, international reserves stood at US$563.5 billion.

The National Welfare Fund (NWF), which currently stands at 9.8 percent of GDP, will finance about 2 percent of the federal budget deficit. With public sector debt at about 15 percent of GDP, Russia is favorably compared to other emerging market and developing economies.

Currently, and in planning the easing of lockdown measures, it will be crucial to ensure safety (access to testing and provision of the necessary protective goods) at the workplace and associated communal space (e.g. cafes, dormitories).

South Korea has facilitated access to its employment retention subsidy program and temporarily increased the wage subsidy for companies that keep their employees on paid-leave programs. In Brazil, a three-month emergency cash transfer will be provided, targeting adults without a formal job (informal workers) who are not receiving transfers through other channels. Access to protection and testing and the possibility of isolation need to be available to all during this crisis; in Malaysia, for example, free testing has been made available also to migrant and undocumented workers.

Measures are needed that are aimed at supporting export-oriented SMEs. In China, large enterprises are encouraged to work with SMEs, for instance, in relation to the supply of raw materials and project outsourcing. The Italian export credit agency (SACE) is providing a €4 billion package to assist SMEs with cash flow needs and to diversify export markets. Turkey has set up a new lending facility for SMEs in the export sector in which exporters’ inventory financing is being supported by extending maturities for existing and new export rediscount credits.

Amid this broad and multifaceted crisis, policies need to be bold and implemented quickly. It is crucial that policies are implemented in a way that is timely, time bound, targeted, and transparent to react in a responsible and fair manner to the rapid pace at which the virus spreads.

Currently, the government program plans to spend roughly 2.8 percent of GDP for COVID-19 mitigation. In contrast, packages in advanced economies tend to be much larger; for the whole the Euro zone, fiscal support packages of 10–20 percent of GDP have been implemented or are being discussed (and possibly even higher if guarantees and credit lines are considered).

Even recognizing the limitations on fiscal space amid low oil prices and concerns over the lasting nature of those low prices, there is some space to increase fiscal support, and the authorities have indicated that they are ready to make an escalation if it is warranted.

The immediate policy response must focus on containing the virus outbreak and managing it in terms of its health, economic, financial, and corporate dimensions.

Measures need to address the unemployment of a wide variety of workers (to include non-standard and self-employed workers, for example), as implemented in other countries.

In order to support resilience in exporters, particularly SME exporters, authorities could reduce trading costs that are affected by taxes and customs duties. This can be tackled in a short-term period by granting a temporary zero rate policy to specific tariff codes, limited or provisional tax/tariff exemptions to relevant sectors, etc.

The country needs to encourage and support companies in adopting digital tools for remote work and training.

A deep and prolonged recession must, to the extent possible, be avoided as it can cause lasting damage in lost incomes and productive capacity. Economic cycles are a regular occurrence even in normal times. If the peak of the cycle is not excessively high, the situation usually returns to normal when the economy gets back to its long-term trends. But deeper and more prolonged recessions have the potential to erode human capital, weaken the institutions of governance (often with the affected country taking an illiberal turn), subdue the commitment to globalization, and prevent firms from making long-term investments.

Long periods of weak supply and demand can lead to elevated structural unemployment, permanently lower capital stock, and significantly weakened “animal spirits.” Flattening the recession curve (to contain both its height and duration) is therefore critical.

During episodes of deep financial and corporate distress, especially if caused by factors external to the sector, even productive banks and firms can experience widespread failures that can undercut the economy’s productive capacity and the functioning of financial markets.

Moreover, the fiscal cost of bailing out banks and firms can become prohibitive (as was the case during the East Asian crisis in the 1990s), forcing governments to then cut back on other productive spending to make the fiscal space for the bailouts. This argues for the need to also flatten the financial distress curve.

Although the level of uncertainty is high, timely, time-bound, targeted, and transparent measures could help to reduce it. It is necessary to assess the additional financing needs, prepare a supplemental budget, and reprioritize public spending. This could also entail reductions in lower-priority spending, including on less important domestically financed infrastructure and new investment projects, toward more essential, priority spending. 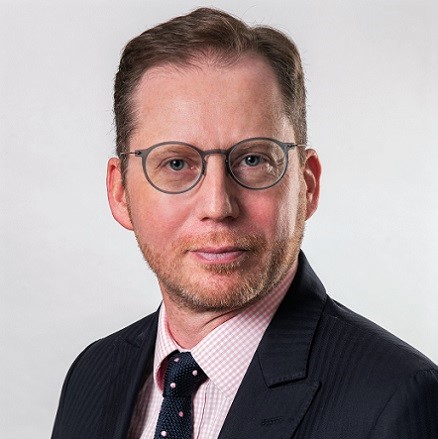