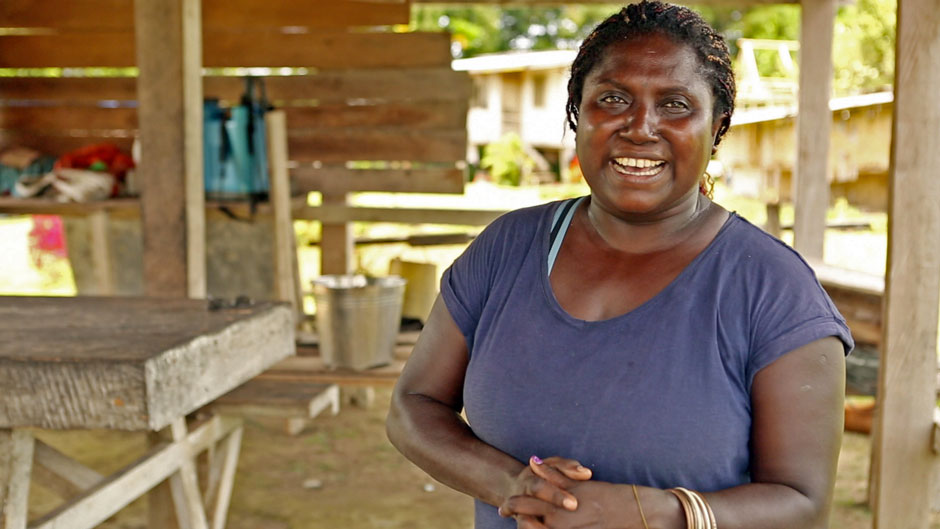 Geraldine Paul grew up in the Autonomous Region of Bougainville (Papua New Guinea), moved to Solomon Islands during the Bougainville Crisis (1989 – 1999), then to mainland Papua New Guinea and Australia for work, before finally returning home to Bougainville in 2011. Geraldine works for CARE International as project coordinator for the Productive Partnerships in Agriculture Project (PPAP), a World Bank-funded project which has driven the reinvigoration of the cocoa industry on Bougainville, and seen more than three million cocoa trees replanted or rejuvenated across Bougainville and Papua New Guinea. Geraldine says that she never thought she’d return home but she’s glad she did; because she’s now part of the change that’s spreading through the Pacific Region.

What does an average day at work like for you?

What does being a Pacific Islander mean to you?

I think it's about the lifestyle, the freedom to be able to interact with communities, and appreciating and valuing our culture. Our elders are always saying that we're losing our values and culture over here, but at the same time, it's also hard to maintain the practices of our elders. Being a Pacific Islander is also about accepting the change that is happening, while maintaining our freedom.

What does the future look like for your country in 25 years?

All the usual issues are still here: political changes and the reopening of the mines, for example. But we need to take things one step at a time. Things won't happen overnight. But I have also seen been big changes, for example, the government is now changing its focus on infrastructure. Three to four years ago there wasn't even an airport in Arawa. The airport affirms that positive changes are happening.

The farmers are being given the skills to look after their cocoa plot, but it isn't just about cocoa businesses; it's all the other things being integrated too. Like the farmers building their own livelihoods, thinking about the bigger picture; thinking, “Oh, I'm getting money in from my cocoa now, I’m going to have to change my house.” They are starting to process possibilities for the future.

What about for the whole Pacific region?

I’d like the Pacific as a region to be a really nice place for people to come and visit. It would be a place where you could say, “I'm just going to go over there to that island, get away from all my gadgets, think about nothing, and have a good time.” It's definitely the culture that I'd like to preserve. The positive culture is what I'd like the outside world to come and see.

What I'd like to say to all the Pacific Islanders out there is that it’s possible to come back home. It’s possible to make the change; to be a part of the change because you don't want to be left behind. It’s important to keep your connection of where you come from.

Hear from other young Pacific leaders and download the Pacific Possible Tourism report to see what’s possible for the Pacific’s tourism sector over the coming decades. 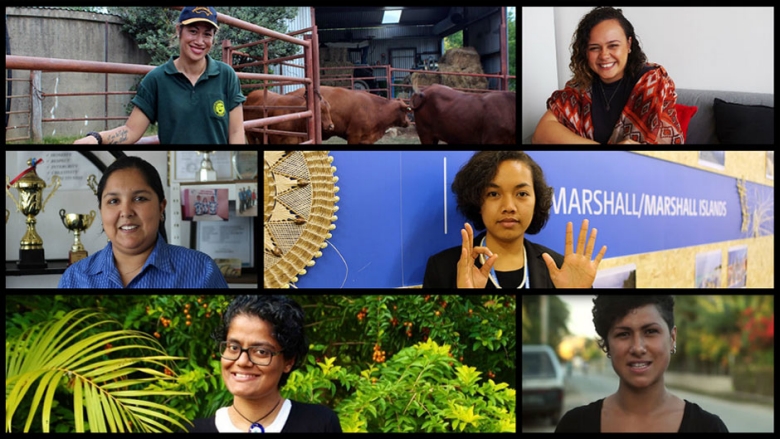