Kyrgyz Republic: A Resilient Economy… on a Slow Growth Trajectory 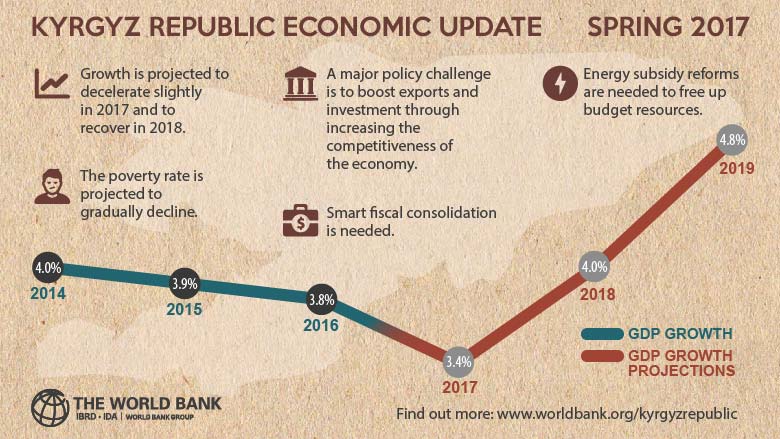 The Kyrgyz economy has remained resilient to an adverse and volatile external context, growing at a robust 3.8% in 2016. Growth was driven by a recovery of the gold sector and an increase in private consumption – fueled by increased remittances, as well as government spending.

The stabilization of the exchange rate, following appreciation early in the year, and low international food prices kept inflation at bay for most of 2016.

Both exports and imports contracted: exports impacted by weak external demand and the enforcement of strict quality standards by the Eurasian Economic Union; and imports mostly reflecting low fuel prices and volumes imported. As a result, the trade balance improved slightly, while the current account balance was buoyed by the recovery in private transfers.

Against a backdrop of weak external environment, the Kyrgyz authorities pursued an expansionary fiscal policy and relaxed the monetary stance, boosting domestic demand in the short run. And, while increased government spending supported economic activity, it came at the cost of significantly reduced fiscal buffers, which had been built up in previous years.

Meanwhile, the lower policy rate did little to expand credit, given weak transmission mechanisms. As a result, excess liquidity in the banking system was high, while credits to the economy shrunk.

Looking ahead, growth is projected to decelerate slightly to 3.4% in 2017 and then recover to 4% over the medium-term, owing to remittance supported-consumption, with a neutral contribution from investment and a negative contribution from net exports.

The economy is expected to remain dependent on remittances, and exchange rate developments could affect trade patterns. A major policy challenge is to boost exports and investment through increasing the competitiveness of the economy.

Although its financial performance has improved somewhat in 2016 – thanks to favorable weather developments and tariff increases for non-residential consumers – the energy sector remains in precarious condition. The sector continues to absorb scarce fiscal resources in inefficient ways, at a time when rebuilding fiscal space is a priority. Reforming the sector is now a matter of urgent priority. 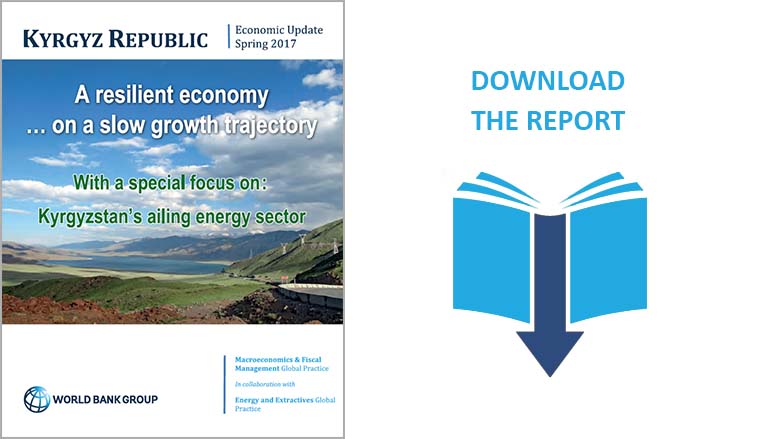