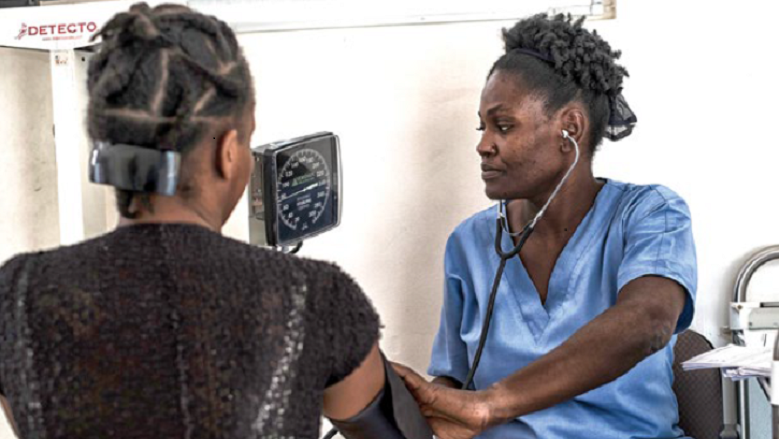 While life expectancy has increased between 1990 and 2015, Haiti remains vulnerable to many heath challenges. Access to primary and preventive health care is low, particularly among the poorest. Infant and maternal mortality are still 5 and 3 times higher than the regional average, and only 68 percent of children under 24 months have received the three vaccines to prevent diphtheria, tetanus, and pertussis, compared to 80 percent in countries in a similar economic bracket.

At $13 per capita a year, public spending on health is below the average for low-income countries. In addition, more than half of all health spending is allocated to curative rather than preventive care: Haiti has many under-equipped hospitals, but only 0.3 dispensaries per 10,000 people.

The report proposes several options to achieve better care through better spending. Providing better health coverage for the poorest will require an increase in public spending for health and better use of existing resources. Primary health care needs to be prioritized, and removing financial and geographical barriers will increase access to quality care. 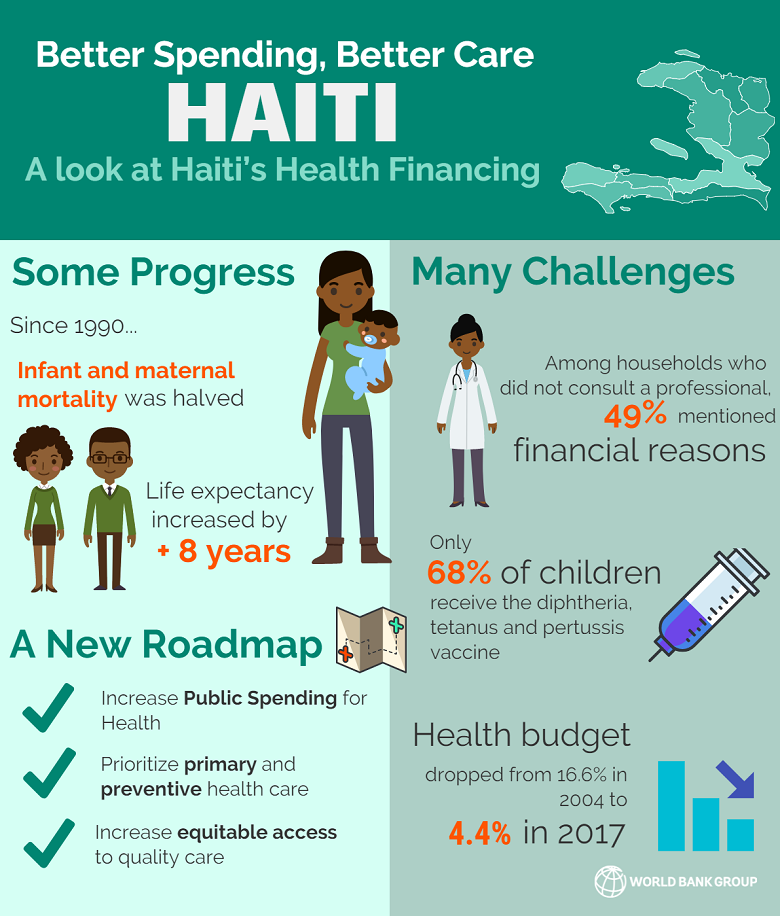