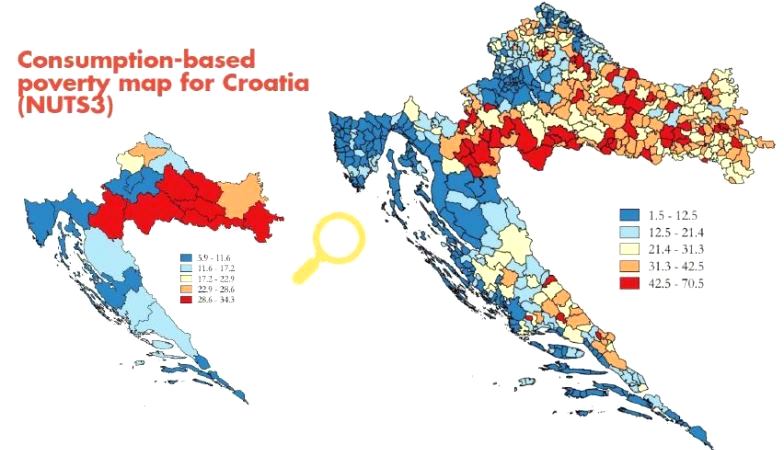 In an effort to acquire knowledge of the geographical distribution of poverty in Croatia, the World Bank collaborated with partners in the country to develop a detailed, geo-referenced database that provides information using a range of indicators. This information will be used by the Government of Croatia to inform the design of policies, allocate budgets, and utilize funding resources from the European Union aimed at promoting inclusion and regional development.

As a European Union (EU) member state, Croatia is taking part in the Europe 2020 strategy - aiming to reduce the number of people living at risk of poverty or social exclusion. Achieving that goal will require the development, and effective implementation, of targeted policies and programs. A detailed knowledge of the disparities in living standards within Croatia is key in developing these initiatives.

Croatia is interested in designing policies and programs that can reduce regional disparities within its national borders. As one example, the Strategy on Combating Poverty and Social Exclusion in Croatia (2014-2020) specifically cites taking a regional approach as part of a broader strategy to reduce poverty and social exclusion.

The Strategy for Combating Poverty and Social Exclusion in the Republic of Croatia 2014-2020 recognizes population groups that remain vulnerable to poverty, social exclusion, different forms of material deprivation, and, consequently, discrimination. These include: older people; single households; one-parent families; families with more than two children; children without adequate parental care; individuals with lower education; persons with disabilities; Croatian war veterans and victims of war and members of their families; returnees and displaced persons; and ethnic minorities (mainly Roma and Serbs).

Poverty in Croatia also has a territorial dimension. The highest geographical concentration of factors influencing the share of people at risk of poverty can be found in small towns and settlements in the east and the southeast regions of the country - mainly along the border with Bosnia and Herzegovina (BiH) and Serbia (areas most affected by the Homeland War in 1990s), as well as in rural areas.

The Ministry of Regional Development and European Union Funds (MRDEUF), the Ministry of Social Policy and Youth (MSPY), the Central Bureau of Statistics (CBS) and other government bodies aim to gain more details and further evidence on the geographical distribution of poverty and social exclusion to better employ those resources available to combat poverty and social exclusion.

This evidence base will then be used by the Government of Croatia to inform the design of policies and the allocation of budget - including EU resources designed to promote inclusion and regional development, especially in deprived areas.

To help achieve this objective, one of the activities under the MRDEUF project with the World Bank - under the Reimbursable Advisory Services on Spatial Analysis of Poverty and Social Exclusion - is the development of a detailed, geo-referenced database that provides information about the geographic distribution of social exclusion - using a range of indicators of well-being and deprivation, as well as the distribution of social services and infrastructure, which may help inform policies aimed at reducing poverty and social exclusion. 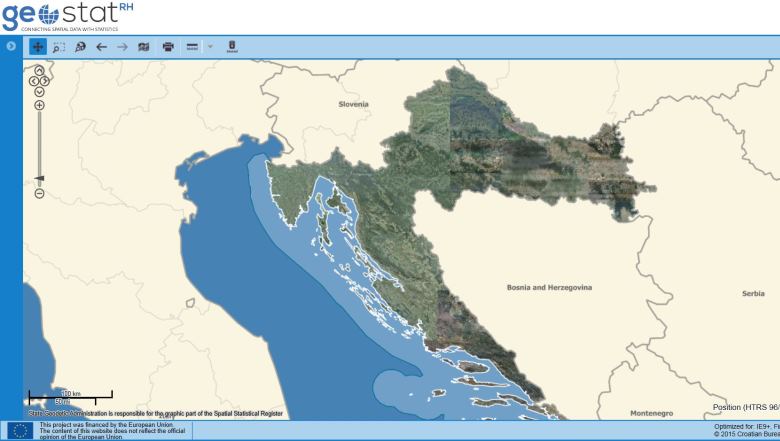