The Might of the Elephant: Benefiting from Strong Growth to Create Better Jobs 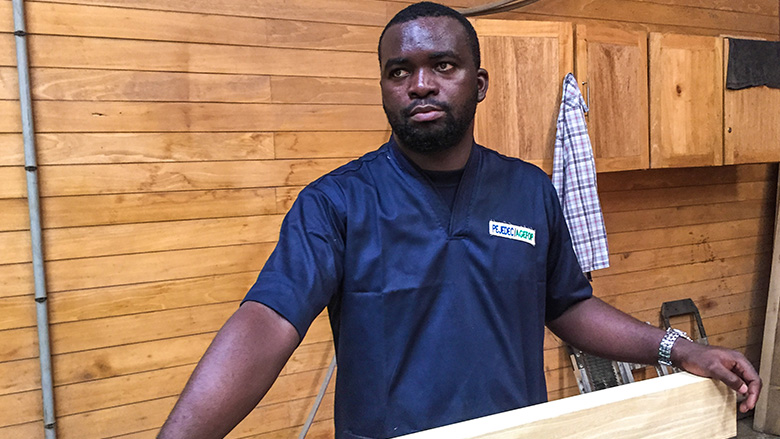 Although most Ivorians are employed, they struggle to find jobs that provide decent sustainable incomes. An average worker earns 120,000 FCFA or $200 per month, which is lower than the average in Sub-Saharan Africa.

ABIDJAN, December 17, 2015—The Ivorian economy remained robust in 2015. Growth held steady at around 9%, supported by public and private investments and by the rapid growth in the building and public works and transport sectors, as well as in finance. This transformation is visible to anyone visiting Abidjan, with its impressive number of cranes, cars, and banks. However, Cote d'Ivoire must now tackle the challenge of shared growth, considering that this sound performance is not being reflected in a significant decline in the poverty rate or in higher incomes for the population living below the poverty line. The income gap between the poor and the rest of the population remains high, reveals a new report on the economic situation in Cote d’Ivoire, published this week by the World Bank. 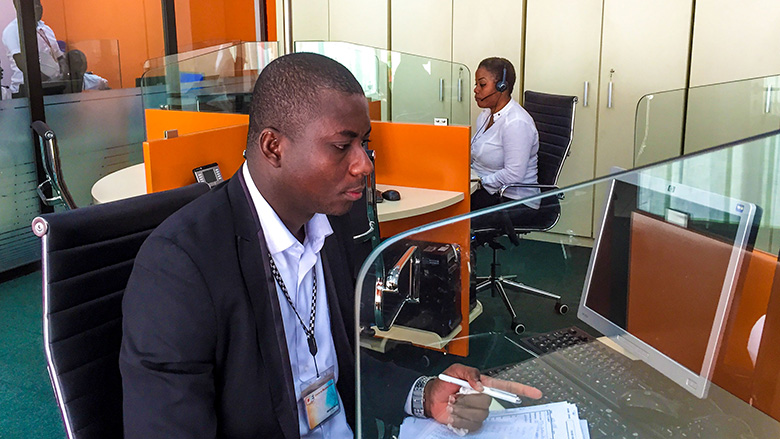 Quality employment with decent wages will be essential to bridging the gap between the rich and the poor in Cote d’Ivoire.

“The main economic challenge facing Cote d'Ivoire is the promotion of a shared economic growth that guarantees higher incomes for the population living below the poverty line, and narrows the income gap between the poor and non-poor. However, the rapid growth posted in recent years has not yet translated into a significant decline in poverty,” notes Jacques Morisset, Program Leader at the World Bank and co-author of the report. The report cites a myriad reasons for this phenomenon, which is mainly due to the dearth of quality jobs, in particular for the majority of Ivorians who are either self-employed or employed in a family business with no career development prospects.

Are jobs available? Yes, but they are far from productive.

The report notes that the extractive, finance, and communications sector are making a significant contribution to economic growth. However, they generate few jobs and have little direct impact on the vast majority of Ivorian households. Prior to the 2014-2015 period, the agricultural sector was less productive than other sectors, despite the fact that is employs the majority of Cote d’ Ivoire’s poor. The recent upturn in this sector is expected to lead to a sharp decline in rural poverty, owing in particular to the 17% increase in the farmgate price of cocoa in October 2015. Prices nevertheless remain dependent on international markets, where fluctuations continue to adversely affect the living conditions of producers.

Cote d’Ivoire has a large working-age population, the vast majority of whom are employed. 93% of working-age Ivorians report that they are employed, and the report notes an unemployment rate of just 7%. However, while the unemployment rate is extremely low relative to the rates observed in industrialized countries, young graduates are still struggling to make a decent living. This relatively low unemployment rate is explained in part by the use of statistical categories that are not adapted to the prevailing situation in Africa. It can also be attributed to the fact that unemployment is a “luxury” that few Africans can afford. They have to earn a living, even from small jobs that offer no job security, as unemployment benefits are not available in Africa.

Finding a job is not the main challenge facing Ivoirians, it is rather securing a quality job. Indeed, most Ivorians work long hours without earning an income that would allow them to enjoy a decent standard of living. The average monthly income for workers is approximately CFAF 97,266 (or $197), which is lower than the average in Africa. It should be noted that this average income has increased marginally over the past decade, owing to rapid population growth and the relative stagnation of the Ivorian economy up to 2011. Economic recovery has paved the way for higher incomes since 2012, and this positive trend is expected to continue through 2015, although the data is not yet available.

Drawing on examples from other countries, the report explores ways in which Cote d'Ivoire could guarantee quality jobs for its working-age population, which is expected to double over the next 15 years. It recommends a structural transformation of the labor market through a gradual transfer of workers to non-agricultural jobs. This would be good news for the majority of Ivorians, as incomes earned by self-employed persons and workers in the non-agricultural sectors are generally higher. To successfully achieve this transformation, productivity in the following three employment categories needs to be boosted through several actions:

This report, which is intended for the general public, provides examples of best practices drawn from successful experiences in other countries, and can serve as a guide for Cote d’Ivoire. It recommends the urgent implementation of a comprehensive job policy that will allow Cote d’Ivoire to achieve its goal of become an emerging economy as soon as possible. The country must also boost the productivity of its working-age population by promoting the transfer of workers to more productive sectors of the economy and achieving productivity gains in the sectors that will continue to employ the majority of Ivorian workers.