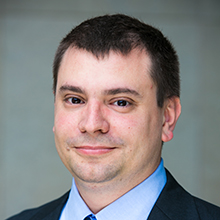 Guillermo Vuletin is a Senior Economist at the Office of the Chief Economist for Latin America and the Caribbean of the World Bank. He is also a Non-resident Fellow in the Global Economy and Development Program at the Brookings Institution, a Visiting Professor at the Johns Hopkins School of Advanced International Studies (SAIS), and an Associate Editor of Economia, Journal of the Latin American and Caribbean Economic Association (LACEA). He received a PhD in Economics from the University of Maryland in 2007 and an undergraduate degree and a MA in Economics from the Universidad Nacional de La Plata, Argentina. Prior to joining the World Bank, he was a Lead Economist in the Research Department at the Inter-American Development Bank.

His research focuses on fiscal and monetary policies with a particular interest in macroeconomic policy in emerging and developing countries.  His work has been published in Journal of Monetary Economics, American Economic Journal: Economic Policy, and Journal of Development Economics, as well as in other journals.  His research has been featured in the press, including The Economist, The Wall Street Journal, The Financial Times, and The Washington Post.