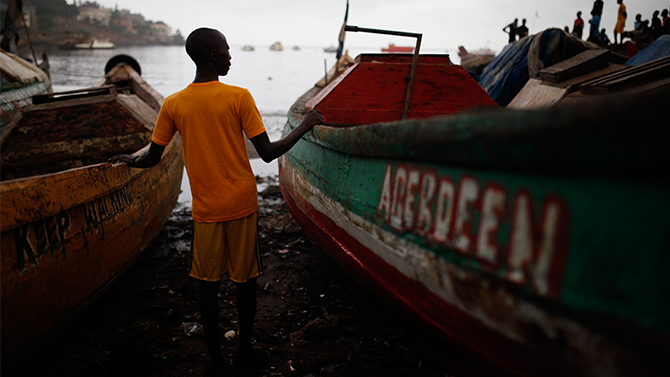 Are the poorest 40 percent benefiting from growth?

Growth of the bottom 40 percent in each country is the key predictor of the World Bank’s second goal of boosting shared prosperity. On that score, it has been a mixed bag. In 77 percent of the countries for which we have data, the incomes of the bottom 40 grew from 2010 to 2015. In East and South Asia, from 2010 to 2015, the incomes of the poorest 40 percent grew by 4.5 percent and 3.1 percent respectively.

Latin America and the Caribbean saw less growth in shared prosperity from 2010-2015 as economies cooled amid a downturn in global commodity prices. Many countries in Eastern Europe and Central Asia and in Sub-Saharan Africa also experienced setbacks on the measure.

In two-thirds of the 14 extremely poor countries, average incomes are increasing at an annual rate below the global average of 2 percent.

On the other hand, several economies in Europe whose bottom 40 suffered large declines linked to the 2008 financial crisis and the debt crisis are now recovering.

This is a partial view because data needed to assess shared prosperity is weakest in the very countries that most need it to improve. Only one in four low-income countries and four of the 35 recognized fragile and conflict-affected states have data that allows us to monitor shared prosperity over time. Since a lack of reliable data is associated with slow income growth for the poorest, the situation could even be worse than currently observed.

What are the new higher poverty lines that the World Bank is using?

Does that mean the World Bank is changing the global poverty line again?

No. For the foreseeable future, the World Bank will continue to track global extreme poverty using the international poverty line, $1.90 per person per day in 2011 PPP conversion factors. In each country, it will be updated only in line with inflation. This is the standard against which progress on the World Bank Group’s goals is measured.

What is the societal poverty line?

As countries grow richer, their definitions of basic needs change. Carrying out basic functions of life might require more goods in some countries than in others. The societal poverty line ensures equality across countries in terms of carrying out the same basic functions of life in each society. For instance, in a poorer country, participating in the job market may require only clothing and food, but in richer economies one may also need to have internet access, a vehicle, and a cell phone. The line is based on a combination of extreme poverty, which is fixed in value for everyone, and a relative dimension of well-being that differs in every country depending on the median level of consumption. In 2015, 2.1 billion people were poor relative to their societies, three times the number of people living in extreme poverty.

With over half of the population societally poor, Sub-Saharan Africa has substantially higher rates of societal poverty than other regions. In contrast, East Asia and Pacific had seen its societal poverty rate drop by 38 percentage points. Since 1990, societal poverty declined across all developing regions, but has remained stubbornly static in high-income countries.

Why is the societal poverty rate higher than extreme poverty?

By design, the societal poverty line increases as average income rises. The average societal poverty line across all countries increased from $5.30 in 1990 to about $6.90 in 2015, reflecting the steady growth in real median consumption. In the early 1990s, the societal poverty rate and the extreme poverty rate were largely similar concepts because most of the world population was living in countries with low median national consumption, where by the IPL and SPL were either identical or close in value. But now, because few countries exhibit high rates of extreme poverty, the SPL is capturing significantly more information about the distributional aspects of growth.

Why should the World Bank look at other measures when poverty is traditionally measured by monetary factors?

Information on income or consumption is the traditional basis for the World Bank’s poverty estimates. Income is still hugely important for human well-being. However, in many settings, important aspects of well-being, such as access to quality health care or a secure community, are not captured by standard monetary measures. Monetary-based measures do not encompass all aspects of well-being. Someone may earn more than $1.90 a day but still be poor if they lack access to basic needs such as access to basic utilities, health care, and security. Not all goods and services that are essential are obtained exclusively through markets. Common examples of goods without prices are a clean environment and a secure community.

What dimensions does the World Bank’s multidimensional measure capture? How is this measure different from UNDP’s Global Multidimensional Poverty Index?

The World Bank’s multidimensional measure is anchored on consumption or income as one dimension of welfare, and also includes several direct measures of access to education and utilities (such as electricity, water, and sanitation). For a few countries where extensive data is available, the measure is extended to look at other important dimensions of well-being including health care and nutrition, as well as security from crime and natural disasters. Going forward, the World Bank will monitor progress on multidimensional poverty at the global level using the three-dimensional measures – income/consumption, access to education, and utilities.

The UNDP’s index includes only non-monetary indicators, whereas the Bank’s multidimensional measure includes consumption or income below $1.90 as one of the indicators along with the other dimensions.

The Human Capital Index (HCI) is designed as an indicator of each country’s future labor productivity, going beyond years of schooling. The multi-dimensional poverty measure seeks to expand our understanding of poverty by accounting for non-monetary deprivations, including limited access to education and utilities. Both initiatives share the goal of broadening our measures to incorporate elements of human capital previously ignored but capture very different concepts. Specifically, the HCI focuses on the productive potential of the human capital of the next generation, while the MPM captures the extent to which the current population suffers from deprivations in human capital.

Who are the monetary and multidimensionally poor?

As the definition of poverty broadens to include additional aspects of deprivation, the composition of the poor changes. Monetary poverty is predominantly a rural phenomenon; 81.3 percent of the monetary poor are living in rural areas. If poverty is considered more broadly with the multidimensional lens, the distribution of poverty tilts even more toward rural areas. 83.5 percent of the multidimensionally poor are rural dwellers, implying that, relative to urban households, rural households suffer cumulatively more deprivations in access to education and essential utilities. The most pronounced shifts of poverty toward rural areas are observed in East Asia and the Pacific and in Latin America and the Caribbean while poverty becomes more urban in Middle East and South Asia.

With respect to household composition, households with children are overrepresented among both the monetary poor and the multidimensionally poor, regardless of the gender or number of adults in the household.

How can we monitor poverty at the individual level when global extreme poverty is measured at the household level?

However, there is evidence from studies in several countries that resources aren’t shared equally within households. One way to go beyond the household level is to look at how food is shared within families. In Bangladesh, for example, household survey data reveals that household heads – mostly men – have much smaller calorie shortfalls than non-household heads.

That’s why more comprehensive data is needed to deepen our understanding of how poverty affects individuals and to assess how social programs can be better tailored to meet their needs.

Does that mean the number of extreme poor in the world is an estimate and not the exact number?

Yes, the number of extreme poor is a statistical estimate based on data from household surveys. These surveys provide only a representative sample of households within a community.  Additionally, many household surveys only provide data at the household level and don’t go in depth to calculate the differences in consumption or allocation of resources among members within a household. To truly capture how individuals experience poverty, we need more surveys to understand consumption patterns of individuals so that governments can implement policies to bridge the inequalities within households.