The Tracking SDG 7 Report: The Last Decade to Leave No One Behind 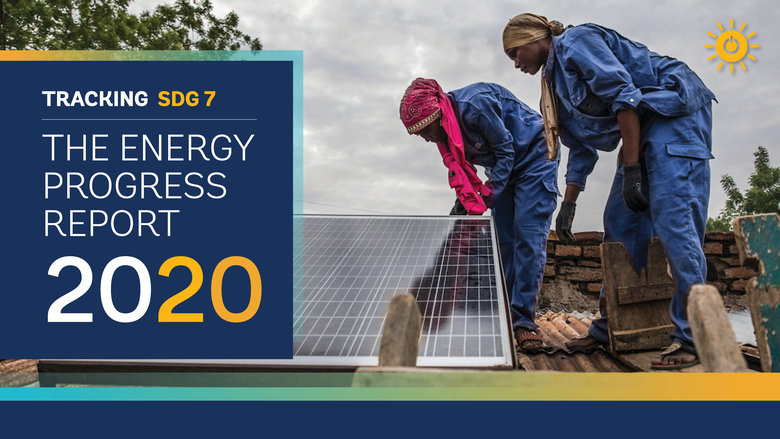 The COVID-19 (coronavirus) epidemic has brought a new urgency to expand sustainable energy solutions as the world continues to remain off-track to achieve universal access to affordable, reliable, sustainable, and modern energy by 2030 reveals the Tracking SDG 7: The Energy Progress Report for 2020.

Despite significant progress made on various aspects of the Sustainable Development Goal (SDG) 7 prior to the start of the COVID-19 crisis – notably a reduction in the number of people worldwide lacking access to electricity, strong uptake of renewable energy for electricity generation, and improvements in energy efficiency – global efforts remain insufficient to reach the key targets of SDG 7 by 2030 especially if the COVID-19 pandemic seriously disrupts electrification efforts

The number of people without access to electricity declined from 1.2 billion in 2010 to 789 million in 2018, however, under policies that were either in place or planned before the start of the COVID-19 crisis, an estimated 620 million people would still lack access in 2030, 85% of them in Sub-Saharan Africa.

To meet the Sustainable Development Goals (SDGs) targets by 2030, countries must safeguard the gains attained prior to the COVID-19 outbreak and prioritize leaving no one behind, given the large proportion of the population without access that live in remote, rural, poorer and vulnerable communities. This will require stronger political commitment, long-term energy planning, increased public and private financing, and adequate policy and fiscal incentives to spur faster deployment of new technologies.

On access to electricity – Since 2010, more than a billion people have gained access to electricity. As a result, 90% of the planet’s population was connected in 2018. Yet despite accelerated progress in recent years, 789 million people still live without electricity. Latin America and the Caribbean, Eastern Asia and South-eastern Asia are approaching universal access but Sub-Saharan Africa lags behind, accounting for 70% of the global deficit.

On clean cooking – Almost three billion people remained without access to clean fuels and technologies for cooking, residing mainly in Asia and Sub-Saharan Africa. Over the 2010 to 2018 period, progress has remained largely stagnant, with the rate of increase in access to clean cooking even decelerating since 2012 in some countries, falling behind population growth. Under current and planned policies, 2.3 billion people would still be deprived of access to clean cooking fuels and technologies in 2030. The COVID‑19 pandemic is likely to swell the toll of prolonged exposure of women and children to household air pollution caused by mainly using raw coal, kerosene or traditional uses of biomass for cooking.

On renewable energy – The share of renewables in the global energy mix reached 17.3% of final energy consumption in 2017, up from 17.2% in 2016 and 16.3% in 2010. Renewables consumption (+2.5% in 2017) is growing faster than global energy consumption (+1.8% in 2017), continuing a trend in evidence since 2011. Most of the growth in renewables has occurred in the electricity sector, thanks to the rapid expansion of wind and solar power that has been enabled by sustained policy support and falling costs. Meanwhile, the use of renewables in heating and transport is lagging. The full impact of the COVID-19 crisis on renewables is yet to become clear.

On energy efficiency – Global primary energy intensity - an important indicator of how heavily the world's economic activity uses energy - improved by 1.7% in 2017. That is better than the 1.3% average rate of progress between 1990 and 2010 but still well below the original target rate of 2.6% and a marked slowdown from the previous two years. Specific metrics on energy intensity in different sectors indicate that improvements have been fastest in the industry and passenger transport sectors, exceeding 2% since 2010. In the services and residential sectors, they have averaged between 1.5% and 2%. Freight transport and agriculture have lagged slightly behind.

International financial flows – The 2020 report introduces tracking on a new indicator, 7.A.1, on international financial flows to developing countries in support of clean and renewable energy. Although total flows have doubled since 2010, reaching $21.4 billion in 2017, only 12% reached the least-developed countries, which are the furthest from achieving the various SDG 7 targets.