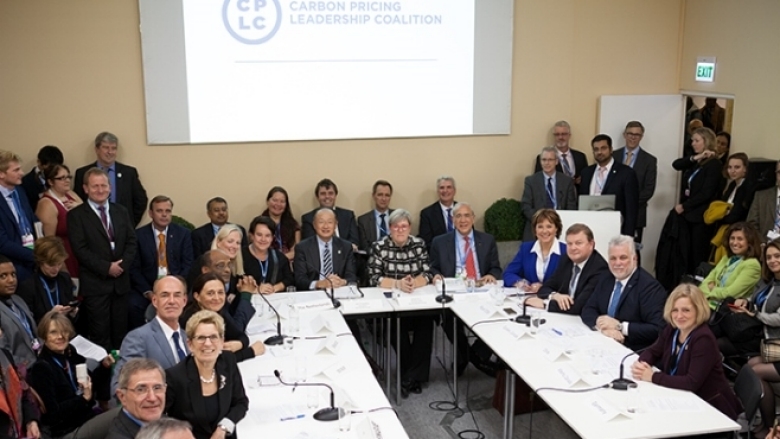 The Carbon Pricing Leadership Coalition (CPLC) was officially launched on November 30, 2015, the opening day of COP21 in Paris, with the support of 21 governments and more than 90 businesses and strategic civil society partners.

The goal of the CPLC, which the World Bank Group helped to convene and supports, is to advance effective carbon pollution pricing systems and expand their use globally, helping countries to maintain competitiveness, create jobs, encourage innovation, and achieve meaningful emissions reductions.

These interlinked goals, and the actions planned to achieve them, are the foundations of the CPLC Work Plan, which has now been released.

Since 2012, the number of implemented or scheduled carbon pricing instruments has nearly doubled. Approximately 40 countries and 23 cities around the world are using carbon pollution pricing schemes. These represent about 7 billion tons of carbon dioxide, or roughly 12 percent of global greenhouse emissions, a threefold increase over the last decade.

While these numbers are encouraging, they are not enough to shift the current climate projections or to set the world on the 2-degree-Celsius development pathway needed to avoid the most devastating impacts of climate change. The CPLC brings together governments, businesses and NGOs to push for a major expansion and strengthening of carbon pricing mechanisms and to advocate that carbon pollution should be priced fairly, effectively and efficiently.

The CPLC launch on November 30 provided an ideal opportunity to showcase and present some of the best examples of carbon pricing from national leaders and global businesses.