3 Things You Need to Know About Adaptation and Resilience 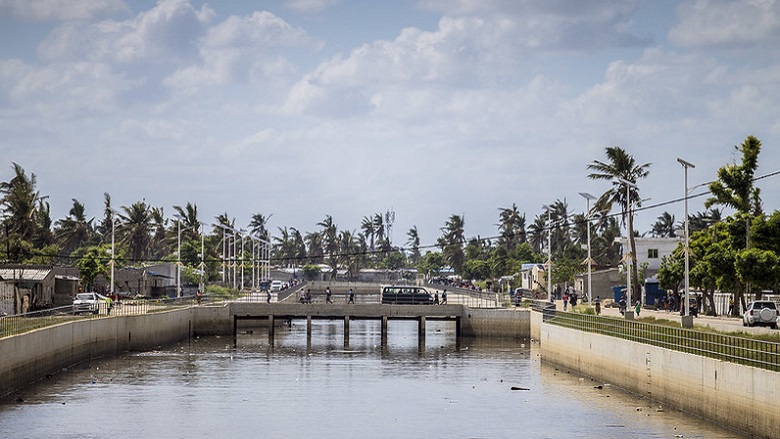 One of the most powerful cyclones to hit the coast of Africa devasted the city of Beira, Mozambique, in March 2019. Cyclone Idai brought damaging winds, torrential rain, and claimed hundreds of lives. Flooding would have been even more severe but for recent improvements in a stormwater drainage system  under a project to build resilience to climate change.

Around the world, communities are adapting to the increasingly severe impacts of climate change.

The World Bank is helping countries adapt and increase their capacity to weather climate shocks, with projects supporting early warning systems, disaster response, civic awareness, strengthening buildings, and post-disaster recovery. That effort is even more critical as countries face the health and economic impacts of the coronavirus pandemic.

In Kampala, for instance, even just moderate floods block enough streets to make it impossible for over a third of people to reach a hospital during a medical emergency. Disruptions caused by natural hazards, as well as poor maintenance and mismanagement of infrastructure, cost households and firms at least $390 billion a year in low- and middle-income countries. These impacts range from businesses unable to keep factories running or process payments, to people unable to go to work, send children to school, or get to a hospital.

Investments to improve the resilience of infrastructure and boost adaptation are both sound and profitable: the overall net benefits of investing in resilient infrastructure in developing countries could amount to $4.2 trillion over the lifetime of new infrastructure – a  $4 benefit for each dollar invested in resilience. In Indonesia, a two-decade-old program supported by the World Bank and the Global Environment Facility has restored and improved the management of coral reefs. Today, coral reefs deliver over $3.1 billion in value annually to Indonesia through tourism alone, not including their natural protection against coastal erosion and flooding. Indonesia has seen 17 percent growth in coral reef cover in six out of seven districts, the return of rare species, a 20 percent increase in the incomes of local people, and growing awareness of the importance of ocean health.

The World Bank Group launched a first-of-its-kind Action Plan on Climate Change Adaptation and Resilience. The Action Plan commits to doubling adaptation financing, ensuring that the Bank’s adaptation financing will equal its financing for mitigation – reductions in greenhouse gas emissions. In addition to boosting direct finance, the plan will also support countries’ efforts to systematically manage climate risks at every phase of policy planning, investment design, and implementation.

Through the Action Plan, the Bank Group will help client countries on several fronts, for instance, on:

The Bank Group is actively exploring how to go beyond measuring whether a single investment is resilient, to also evaluating whether our investments build wider, more systemic resilience. The Group is developing a new rating system to create incentives for, and improve the tracking of, global progress on adaptation and resilience. The new system will be rolled out to projects in relevant sectors in our Fiscal Year 2021 (July 2020- June 2021).  The rating system will help countries identify which activities most effectively build resilience to climate change and should be prioritized.

Having a clear and simple metric will also enable more private sector investment for adaptation and resilience. Through IFC, we are analyzing climate risk and adaptation options for projects in different sectors and regions. For example, a study of the Khimti 1 run-of-the-river hydroelectric power development in Nepal analyzes how variability in climate conditions, along with future climate change, could affect the plant’s operations and have impacts for local communities, and recommends options for reducing risk.