Enhancing Trade, Competition, and the Acquisition of Human Capital to Boost Productivity in Peru 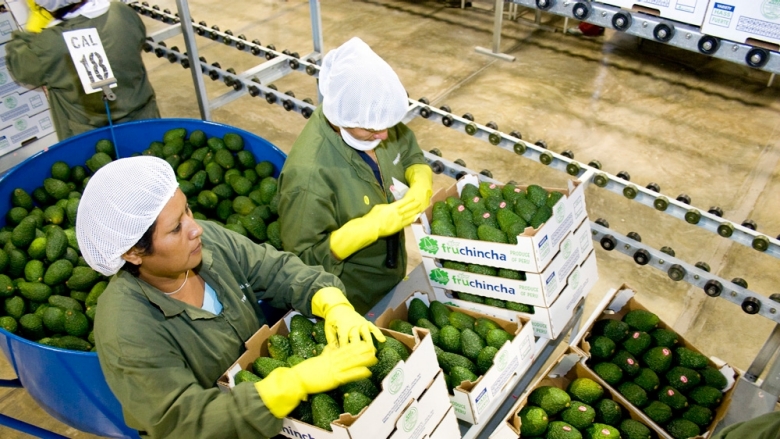 The government of Peru has delivered a program of development policies aimed at increasing productivity by strengthening the acquisition of human capital, streamlining business regulations, and facilitating trade. Results were achieved by addressing a range of areas, from tax and customs policy reforms to improved business entry and exit procedures to enhanced education policy frameworks.

Peru grew at an average of 5.7 % per year from 2001 to 2013, compared to regional and global growth of around 3 %. This growth helped Peru reduce poverty from 55 % to 24 % of the population in the same period, faster than in other countries with similar income levels. Growth was the main driver of this reduction in poverty and inequality, accomplished primarily through improved labor incomes rather than redistribution policies. However, by 2014 growth had slowed to 2.4 %, as most emerging economies — including Peru — faced lower export demand from China and elsewhere, worsening terms of trade, and higher borrowing costs. Under this unfavorable external environment, by 2016 growth in Peru had to rely much more on productivity gains. Productivity had contributed to about a third of the country’s growth in the preceding years, but a large gap with high-income countries still remained.

With the Boosting Human Capital and Productivity Development Policy Financing with a Deferred Drawdown Option Project, the World Bank sought to support Peru in targeting key productivity constraints by enabling improvements in the quality of human capital, fostering competition pressures, and facilitating trade. A stand-alone development policy financing with a deferred drawdown option (DPF-DDO), Boosting Human Capital and Productivity was prepared to back Peru’s reform agenda, support the authorities’ medium-term financial plan, serve as a buffer to negative shocks, and foster policy dialogue with the new government. The hedging feature of the DDO, particularly in times of international capital market volatility, was highly valued by the authorities. With a presidential election in mid-2016, this instrument also signaled an ongoing commitment to policy reforms. This project focused on enhancing education policy; facilitating the entry, operation, and exit of firms; and reducing transaction costs of trade. Further, it supported policy and implementation continuity beyond the financing option for the incoming administration.

The DPL-DDO supported adoption of legislation to enhance the effects of trade, competition, and education on productivity. Adoption of these polices led to the following key results: 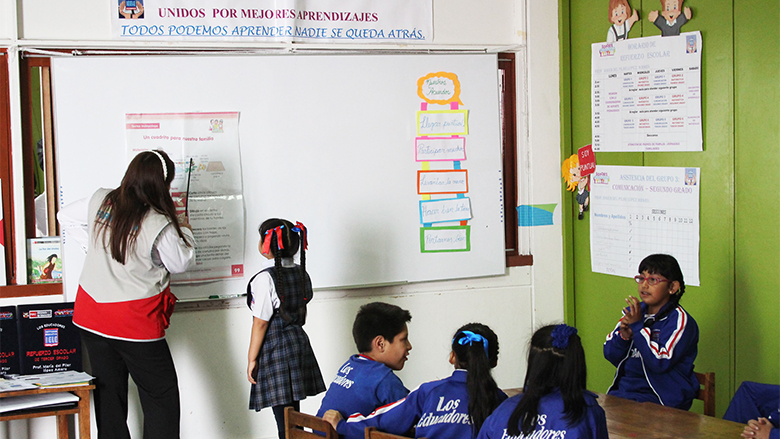 The World Bank, through the International Bank for Reconstruction and Development (IBRD), supported policies implemented by the government of Peru by providing a credit line of US$1.25 billion. This credit line both encouraged continuity of already adopted policies and provided resources for the government to use to meet new financial needs arising from the El Niño weather phenomenon in 2017 and the COVID-19 pandemic in 2020.

The reform program was implemented cooperatively by several institutions.

Beneficiaries of the reforms promoted by the program include students, companies, and workers. Students from 2,001 public schools accessed a higher-quality education, improved through the lengthened school day and the greater demand placed on teachers. Companies benefited from the reduced formalities and obstacles to market participation. Exporters and importers also benefited from simplified customs procedures and access to standards and certifications necessary for international trade. Overall, these reforms benefit citizens who work for or with or otherwise interact with these companies.

The main challenge to underpinning Peru's long-term growth is to improve government efficiency. Moving forward, this will require work (i) to improve public services providing development opportunities to all citizens, (ii) to promote social protection and disaster prevention policies, (iii) to improve the regulatory quality of the government, and (iv) to increase the available resources while maintaining fiscal sustainability. This effort has been addressed in the Peru Policy Notes recently published by the World Bank, which will be the main instrument of engagement with the new authorities.