Nafa Quick: Providing Emergency Cash Transfers to Households in the Poorest 30 Districts in The Gambia during the COVID-19 Pandemic 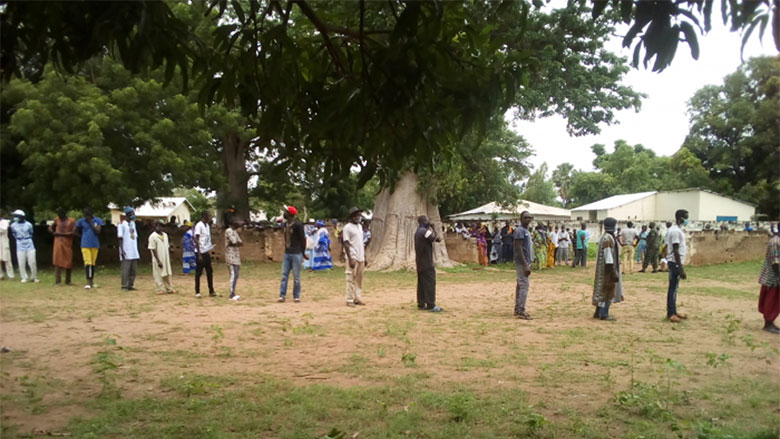 As part of the Government’s response to the negative economic effects resulting from the COVID-19 pandemic, the National Nutrition Agency quickly put in place basic delivery systems and provided support to over 78,000 households in 30 of the poorest districts in the country. This was implemented through a four-month, quasi-universal cash transfer program, the “Nafa Quick” program, from July through October 2020. The support helped families meet their basic needs during the lean season, which was coupled with the economic hardship caused by the COVID-19 crisis.

In 2020, as the COVID-19 pandemic spread worldwide and the first cases were recorded in The Gambia, there was no social safety net in place to mitigate the impact of stay-home orders, lost income, and lower remittances on the Gambian population. The Government and development partners had published a National Social Protection Policy (2015-2025) and a National Social Protection Implementation Plan (2015-20). However, neither had been implemented,  largely due to a lack of domestic or donor financing. Although social protection support in The Gambia has increased since early 2017, interventions were few and fragmented. Thus, there was no basis for a large-scale, coordinated and effective response to the COVID-19 pandemic.

The World Bank Project incorporated successful elements of an earlier health project that had used cash transfers with social and behavioral change modules to promote investments in human capital. The design was deliberately broad and simple to reach as many people as possible (including 40 percent of the extreme poor) in a low-capacity environment. However, due to the COVID-19 pandemic, there was an urgent need to respond quickly. Therefore, the project supported the Government in establishing the “Nafa Quick” program, which was a four-month, quasi-universal and unconditional cash transfer program.

To enable the immediate implementation of the “Nafa Quick” program, a basic Management Information System (MIS) was created in July 2020 to reduce potential errors in beneficiary registration and establish a temporary payment mechanism.  A Grievance Redress Mechanism (GRM), specifically a toll-free hotline, was also established at the same time to field queries and to document and resolve any grievances. Measures to prevent the spread of the virus at payment sites also required some changes in procedure, including more frequent, smaller payment events, requirements to wear masks and wash hands, as well as the use of local police to ensure social distancing. The social and behavioral change communications created for the regular cash transfer program to promote investments in human capital was delivered by radio (instead of in person).

Temporary unconditional cash transfers were provided to over 78,000 households in 30 of the poorest districts in The Gambia for a period of four months (July-October 2020) using a near-universal approach. The Nafa Quick program benefit provided critical relief at a time of the year known for hardship. The months from June through October are known as the lean season, with scarcities of the main food staples, such as rice and other grains, as well as higher food prices and depleted reserves. In 2020, it was compounded by the COVID-19 restrictions. Two payment rounds took place prior to the end of the lean season in October 2020. Beneficiaries commented on the timeliness of the payments. The fact that the payments were made using a near-universal process helped to speed delivery and avoid the risk of societal conflict at a time when everyone was suffering lost income and lower remittances.

The payments helped families to meet their basic needs and allowed them to supplement the staples with nutritious food, thereby avoiding adverse coping mechanisms, such as distress sales of assets. The payments also contributed to some second-round effects in the local economy since the demand for food and other essential items increased. In addition, some households even managed to make investments in their small-scale businesses after receiving the cash transfers. 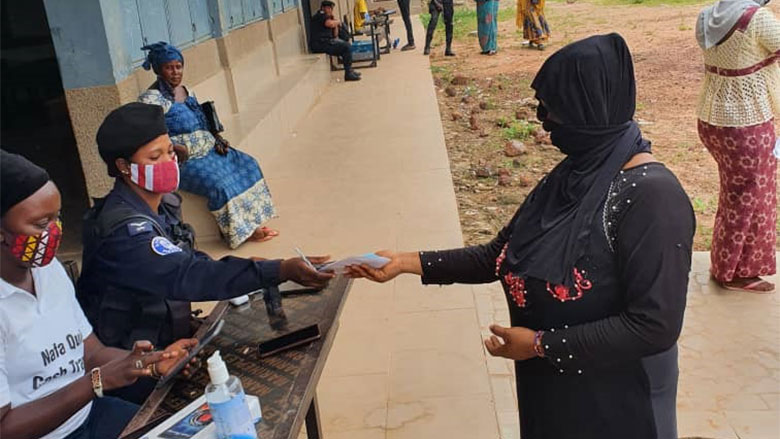 The International Development Association (IDA) provided a grant in the amount of $30 million, of which $10 million was used for the COVID-19 response through the Nafa Quick program.

The implementation of the Nafa Quick program was done through the National Nutrition Agency (NaNA) in collaboration with the Department of Community Development and the Department of Social Welfare in the Ministry of Gender, Children and Social Welfare. A strong partnership was also forged with key development partners, including the World Food Program (WFP), the United Nations Children's Fund (UNICEF) and the European Union (EU). The Government’s food distribution program preceded the Nafa Quick program, and the WFP provided support in districts not covered by the Nafa Quick program. Complementary support in the form of technical assistance was also provided, including support to strengthen  coordination in the social protection sector.

The Government is putting in place key social protection systems, including a social registry that will be populated with the socioeconomic data collected for almost half the households in the country. This will facilitate a rapid scale-up in the response to future shocks. In addition, it will contribute to a stronger coordinated social protection sector and better targeted interventions. The Government is also advancing its plans to launch the regular Nafa program, which will provide longer-term support to around 15,000 extreme poor households in 20 of the poorest districts. The Nafa program will also aim to link female beneficiaries to opportunities for productive economic inclusion.

“I am so happy for the money I have received because at the community level some vulnerable and voiceless women like myself are neither identified nor supported,” said Ms. Fanta Mam Baldeh. She is a widow and a mother of eight who lives in Macca Masire in the Northern part of Upper River Region. The 32-year-old widow used the money to buy food for the family and clothing for her children.

Mr. Omar Touray, a 51-year old subsistence farmer in the Central River Region North, who heads a family of six, described the cash transfer as “a very timely intervention, since the country is currently facing the double burdens of the lean farming season (farms are not yet due for harvest) coupled with the negative impacts of COVID 19, which the cash transfer intends to mitigate.” As a farmer, Mr. Touray indicated he plans to use part of the money to purchase basic household needs, such as rice, groundnuts, and cooking oil.