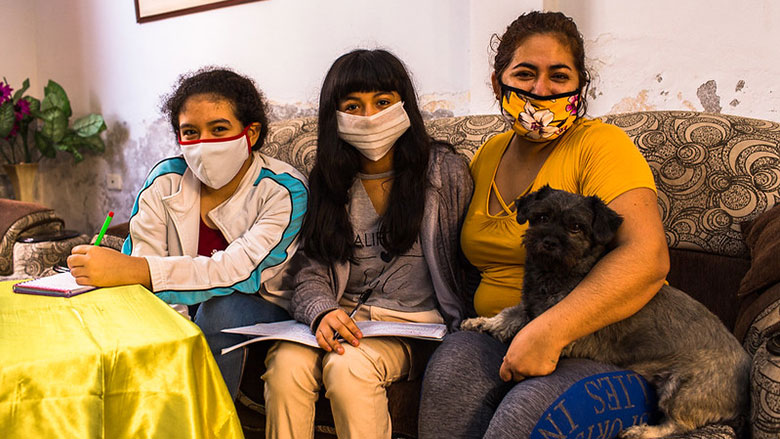 Violence against women is the most widespread form of violence in Peru, and it occurs across regions, income levels, education levels, and age groups. The government has been exploring new approaches to identifying gaps in prevention and protection to effectively end violence against women. Engagement from key decision makers, including the President, the Minister of Women, and the Minister of Economy and Finance, has highlighted and heightened the importance of this agenda, leading to increased resources, a results-based approach, and a focus on preventing violence against women as well as on protection and attention to women’s needs following an assault.

One in three women in Peru will likely suffer physical and/or sexual violence from an intimate partner in their lifetimes, according to the United Nations. Violence against women is the most widespread form of violence in Peru, and it occurs across regions, income levels, education levels, and age groups. The consequences of violence against women are far-reaching, including physical and psychological wounds or even death, as well as broad social and economic costs. Violence often becomes a barrier preventing women and girls from fully participating in the social and economic life of their communities; estimates of lost productivity range as high as 3.7 percent of GDP.

In 2018, the government of Peru established an Emergence Commission to address the growing severity of gender-based violence (GBV) and to tackle this public health and human rights problem. In line with this work, the Minister of Economy and Finance requested the Bank’s support to deepen understanding of how Peru invested in the agenda to combat gender violence and to strengthen the evidence base on GBV to inform policy discussions and decision making.

The resulting Peru Gender-Based Violence (GBV) study was the first of its kind in both methodology and approach. The study created a new, one-of-a-kind database using 2018 and 2019 administrative and public investment data from the Ministry of Economy and Finance along with an extensive review of administrative and ministerial resolutions. The database was then used to analyze and gain insights into how, where, and to whom money was targeted and allocated, at both the central and the subnational levels, to address gender-based violence in Peru. Through data and literature analysis, the study: (i) explored what is known about GBV in Peru; (ii) mapped interventions aimed at combatting GBV; (iii) identified gaps in knowledge and recommendations for addressing them; and (iv) provided suggestions on how to better promote a policy dialogue around GBV. The team offered precise analysis and recommendations for GBV prevention framed in the evidence and academic knowledge of what works and what doesn’t. Moreover, to capture the magnitude and pluralism of the problem, the study included a wide range of consultations with multiple stakeholders, including governmental and nongovernmental organizations.

The World Bank provided financing in the amount of US$90,000 to conduct the study.

The study sought to incorporate diverse views by including various rounds of consultations with a varied range of government and nongovernment stakeholders. Development partners (including representatives from the Canadian government, the German Development Agency, the United Nations, the European Union, and the Pan American Health Organization), multisectoral government officials, academics, Peru’s ombudsman’s office, the police, and many others contributed their views and validated the report’s findings. These efforts have continued, opening a dialogue of trust among team members from the Ministry of Women, the Ministry of Economy and Finance, and the Presidential Council of Ministers, among others.

The key beneficiaries of the study are (i) the public institutions that have been able to use the study’s findings and best practices to refine their budgets and programming to more effectively combat GBV; and (ii) Peru’s population of 33 million people, who are expected to benefit economically, socially, and psychologically from the government’s more comprehensive, multisectoral approach to addressing GBV.

“We were very pleased to see their warm reception and their commitment to the message. Their involvement has amplified the impact of the study, which in fact, has become the basis for multisectoral planning in the fight against gender violence agenda.”   —Alberto Rodriguez, former Country Director for Peru, referring to the participation of the President of Peru, government ministers, and other top officials.

The Minister of Women at the time, Gloria Montenegro Figueroa, stated that the government of Peru followed the report’s recommendations to make especially targeted investments in prevention.

The report and its launch positioned the World Bank, for the first time in Peru, as a key development partner for the GBV agenda and opened an avenue of dialogue with the government. Requests for additional support have followed, including for preparing a communications campaign to tackle GBV. The Presidential Council of Ministers plans to replicate the report’s methodology to continue monitoring public investments in line with the World Bank report.

Through its activity “Innovative Approaches to Prevent and Respond to Gender-Based Violence in Peru,” the Bank is continuing its support for efforts to combat GBV in Peru through (i) the development of a mobile application that helps protect GBV survivors by providing information on services available, including circles of community support, shelters, and other referral services, including at police stations; (ii) applying behavioral sciences to prevent sexual harassment among Peruvian university students; and (iii) creating comics focusing on GBV as a way to share experiences and information with an adolescent audience.

In addition, the Bank has continued to accompany the authorities in their efforts to better monitor how COVID-19 impacts GBV rates, people, and businesses. With the support of the Australian government through the Australia’s Department of Foreign Affairs and Trade, the Bank has implemented a high frequency survey of households and businesses, as well as finalizing the first ever COVID-19 big data observatory to better assess the pandemic’s impact through mobility, pollution, and night lights indicators.