At the time this project was approved in 2008, the Government of Vietnam planned to diversify the energy mix with a new emphasis on renewable sources. This was to keep up with the double-digit growth in electricity consumption from the previous decade – a trend that was (correctly) forecasted to continue. Small hydropower plants emerged as a viable choice because of the abundance of economically viable sources and a shorter and simpler development process. In addition, unlike wind and solar, hydropower could contribute to peak capacity requirements.

The main regulatory barriers to renewable energy development were: (i) the absence of competitive power purchase agreement structures; (ii) an opaque and circuitous regulatory framework with lengthy approval process and no effective mechanism of allocating project sites to those most able to develop them; (iii) developer’s lack of experience in building and operating renewable assets; and (iv) banks’ lack of interest and limited capacity to appraise and finance renewable energy projects.

Through knowledge-sharing and institutional capacity-building, the World Bank supported the Government of Vietnam in enacting and refining the requisite policy framework to jump-start the market. The two most relevant pieces were the ‘non-negotiable’ standardized Power Purchase Agreement and an avoided-cost tariff formula for on-grid small-hydro projects, introduced in 2009. The avoided cost tariff is defined as the cost that the utility would have paid if it had to produce electricity through thermal generation.

The project also adopted innovative instruments such as the “Financial Intermediary Loan” to mobilize private finance. The fact that the Bank provided US$200 million in early-stage investment to develop 19 small hydropower plants and they all generated robust revenues sent strong signals to the market about the industry’s commercial viability. The project also provided credits to establish a re-financing facility which helped strengthen the capacity of private banks to operate effectively with developers.

Tapping into the hydro potential would require investments in the range of US$1 billion. This amount would be impossible without the contribution from private finance in both equity and debt forms.

One US$ of IDA investment in this project leveraged US$1.13 dollar from the private sector. It was estimated that during this period private investment into small-hydro development reached US$2 billion.

Between 2009 and 2018, the Vietnam Renewable Energy Development Project helped lay the foundations for the successful deployment of small-scale hydropower in Vietnam.

The project was financed with US$202 million from the International Development Association (IDA).

The project received a grant of US$2.429 million from Swiss State Secretariat for Economic Affairs (SECO).

The project benefited from strong cooperative partnership among key development partners in Vietnam’s energy sector. The Vietnam Energy Partnership Group (VEPG) is a platform for coordination of development partner programs. In addition, the team worked closely with private sector associations such as the Vietnam Business Forum to gather stakeholder feedback during the design and implementation of the project. The review meetings frequently organized among the Ministry of Industry and Trade and the donors (WB, SECO) helped coordinate and strengthen the investment and capacity building work. 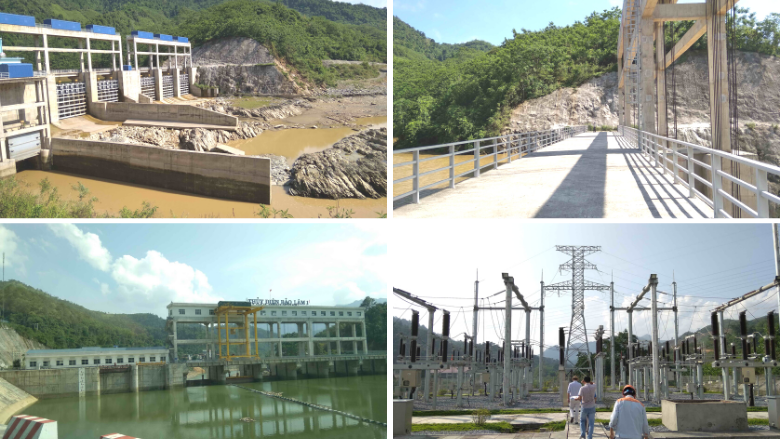 The Bao Lam 1 Hydropower Plant in Cao Bang Province is developed under this project. Photo: The Project Management Unit

By removing market barriers and building requisite capacity and incentives among all market players, the Vietnam Renewable Energy Development Project created an enabling environment for the renewable energy industry to take roots. Some of the consequential legislations supported by the project included the Law on Energy Conservation and Renewable Energy Development Strategy. The knowledge and expertise in developing, financing, and operating small hydro projects was readily transferable to other renewable technologies such as wind and solar. Renewable energy initiatives—including small hydropower projects—have significantly expanded. In addition, lessons from the development of the small hydropower industry, such as mobilizing private financing and incorporating variable energy in the power generation mix also supported expansion of other renewable energy resources such as solar and wind power. Renewable energy now accounts for nearly 10 percent of Vietnam’s power generation capacity.

“Life in the old days had been tough because we did not have electricity. But it got much better when electricity reached our village. They [the project] also made a new road for us. And last year they provided us with new corn varieties. Our income has improved since. Now I can buy textbooks for my kids.” (Lo Lo May, Resident, Tong Sanh Commune, Lao Cai Province)

“Financing energy projects, particularly hydropower, wind and solar, is new in Vietnam. As before, the developers of such projects were mainly State-owned enterprises. Now, with new Government policies and financial support from the banking sector, private companies are able to join. We learnt a lot through financing some of the hydropower plants under this project. The energy sector holds great potential for commercial banks to get involved.” (Ngo Thu Ha, Deputy General Director, Hanoi Commercial Joint Stock Bank)