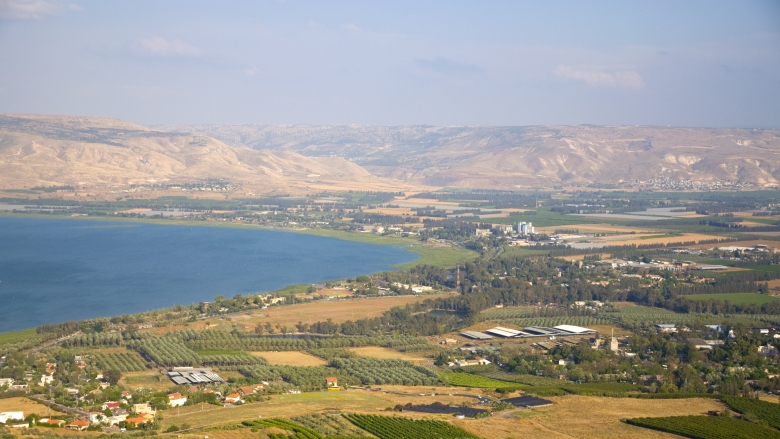 Reforms in Jordan’s energy and water sectors help improve service delivery amid exogenous shocks such as the influx of refugees in the country. Between 2015 to 2018, renewable energy resources were scaled up for domestic use. With focus on reuse and energy efficiency, water resources were optimized to improve allocation.

In 2015, an estimated 1.3 million Syrian refugees were residing in Jordan – equivalent to over 20 percent of Jordan’s pre-crisis population – placing tremendous pressures on public services and infrastructure, in particular, electricity and water services. Energy and water service delivery – already under great strain before the crisis – had been severely affected, especially in the northern governorates. The rapid growth of Jordan’s residential population was also putting additional pressure on the electricity and water sectors, adding to long-standing structural challenges relating to supply security, financial sustainability and efficiency.

Securing energy supplies to meet the economy’s rapidly growing demand in an affordable manner remains a major development challenge for Jordan. The country imports about 97 percent of its energy consumption, making Jordan one of the most import-dependent countries in the world and highly vulnerable to supply and price shocks.

The program was structured around two pillars:

Improving the financial viability of the electricity and water sectors. The program supported country’s plan to sustain cost recovery in the electricity sector by adopting a robust cost recovery pass-through mechanism. The first pillar ensured a sustainable water service by growing the water sector’s revenues through tariffs and improving billing and collection efficiencies to recover operations and maintenance costs.

Increasing efficiency gains in the energy and water sectors. The program supported policies aimed at diversifying fuel sources by implementing a medium-term fuel supply strategy that increases the shares of natural gas and renewable energy. The program aimed to improve the quality of wastewater treatment, allowing reuse of treated wastewater. The program also provided additional support and incentives to maintain progress and avoid forcing a trade-off between future fiscal and sector resiliency when meeting the demands of an influx of refugees.

wastewater treated to be reused for non-domestic purposes.

The program is a two-part series focusing on reforming Jordan’s energy and water sectors. The First Programmatic Energy and Water Sector Reforms Development Policy Loan was concluded in December 2015, with funding $250 million from IBRD. The second program was supported by a $25 million contribution from the Global Concessional Financing Facility (GCFF), which offers low-interest conditions normally reserved for the world’s poorest nations, combined with a $225 million loan, repayable over 35 years with a four-and-a-half-year grace period.

Partnerships with the United States Agency for International Development (USAID), Japan’s International Cooperation Agency (JICA), Germany’s KFW, France’s Agency for Development (AFD) and the International Monetary Fund (IMF) supported active policy dialogue and coordination in understanding the challenges faced in the energy and water sectors. For instance, the analytical work to develop Jordan’s National Electric Power Company’s (NEPCO) debt management plan was supported by USAID, while the work on tariff adjustments was supported by AFD, in addition to the Bank’s own analytical modeling of NEPCO’s financial projections. Regular interactions with these developmental partners and donor coordination meetings were extremely useful in maintaining reform momentum in both sectors.