Under the Road Sector Development Project, the World Bank financed a Road Safety Audit of various sections of the Nepalese Strategic Road Network (2015-2017) to identify critical road safety risks and recommend solutions. Building on this work, the Global Road Safety Facility (GRSF) with funding from UK Aid supported the installation of 73,000 meters of crash barriers along some of the country’s deadliest roads. According to GRSF projected estimates, the new barriers may save up to 3,456 lives over the next 20 years, in addition to preventing countless injuries.

Nepal is the poorest country in South Asia, with a road density well below that of its neighbors. Access to transport infrastructure and services is one of the key determinants of development outcomes. Various socio-economic studies in Nepal have shown that incomes and human development indicators are constrained for the poor due to lack of accessibility and all-weather roads.

Many parts of Nepal are made up of hilly or mountainous terrain, which require specific road safety infrastructure treatments to reduce the risk of roadway departure crashes. The project focused on making those roads safer, particularly by preventing out-of-control motorized vehicles from exiting the road surface, which often results in heavy casualties.

The Nepal Road Safety Support Project prioritized the development of an effective road crash barrier system, which was identified as one of the most effective solutions for reducing the risk of departure crashes and protecting the lives of Nepalese road users. With the support of a $7.47-million GRSF grant, 73,000 meters of crash barriers were installed on sections that had a high probability of vehicles exiting the road surface, based on recommendations of a road safety audit conducted under the World Bank’s Road Sector Development Project. These represented more than two-thirds of the high-risk locations flagged in the Road Safety Audit.

The development objectives of the GRSF grant were to improve the physical safety features of selected Road Safety Development Project (RSDP) roads as well as to strengthen the Government of Nepal’s capacity to implement its National Road Safety Action Plan, which was approved in 2013.

The outcomes of the Nepal Road Safety project included:

The Project also strengthened capacity of the Government of Nepal to implement its national Road Safety Action Plan. The Cabinet approved the plan in 2013. Major activities in support of the Action Plan included: 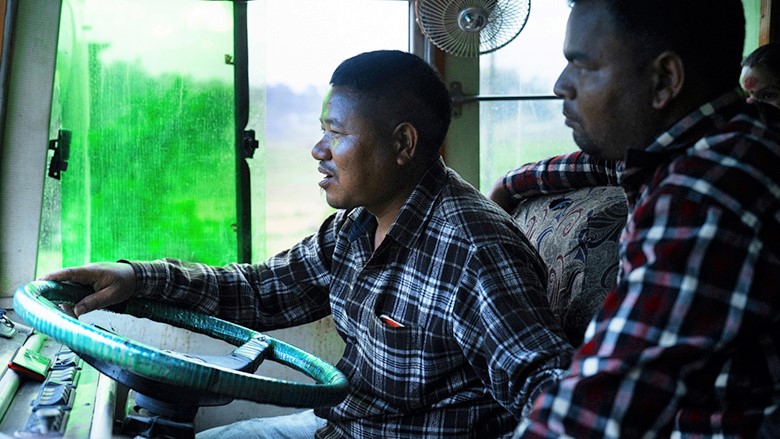 Standalone recipient-executed grant from GRSF for US$ 7.47 million, approved on April 8, 2015, supplementing the IDA-supported Road Sector Development Project (RSDP).  Initially approved on December 6, 2007, for US$ 42.6 million, the RSDP project also received additional financing of US$82 million in two tranches, and closed on January 15, 2020.

There was a strong collaboration among key development partners in the installation of safety barriers on roads. The project was implemented by the government of Nepal Department of Roads and supported by World Bank and GRSF teams. This was part of an effort by the Nepalese government to make roads safer in the context of the 2011–2020 UN Decade of Action in Road Safety. It is an example of successful collaboration between the World Bank and UK Aid (Foreign, Commonwealth & Development Office) in developing new standards for road safety infrastructure as well as improving the capacity of road department officials and local road engineers.

The main road infrastructure project (RSDP) was significantly expanded: thanks to the two tranches of additional financing, total commitments were three times larger than the original project amount. The Nepalese Government decided to continue emphasizing road safety as part of the massive rebuilding program following the 2015 earthquake. The approach and technical specifications for road safety barriers, along with the experience and results of the WB-GRSF project, also helped inform other infrastructure projects. Importantly, the success of the project encouraged the Government of Nepal to develop and start the implementation of a broader Road Safety Strategy.

With over 70 km of road safety barriers installed on hilly and mountainous roads as part of the Road Safety Support Project, the community can now feel safer travelling on roads that were considered highly prone to crashes.

The following testimonials were published on January 6, 2020 by the Kathmandu Post, an influential Nepalese journal: