Strengthening the Nexus Between Small-Scale Agriculture and the Environment in the State of Sao Paulo, Brazil 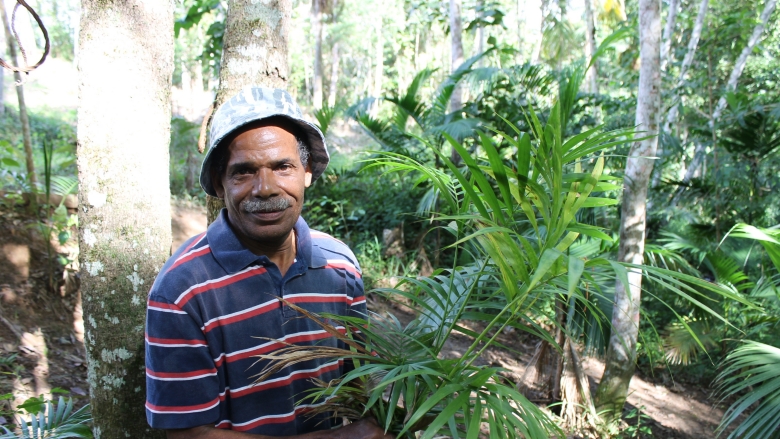 By 2009, a combination of sound macroeconomic policies and bold, pro-poor social programs saw the Brazilian economy boom and reduced poverty and inequality. Agricultural productivity and exports soared, both nationally and at the state level. In the State of Sao Paulo, agriculture represented over half of all economic activity in 60 % of the state’s municipalities and 80 % of rural employment. Even so, the rural sector was still characterized by inequalities. Some 80 % of the estimated 330,0000 agricultural units state-wide were small, family-based operations occupying just 20 % of total farming area. Family agriculture faced twin challenges of low competitiveness and environmental degradation. While family farming played a major role in agricultural production, poor productive infrastructure, high transportation costs, and limited access to credit hindered its market participation. Producers also lacked management capacity, market knowledge, and access to technical assistance, and their organizations lacked the formality needed for commercial activity. Their leverage and negotiating power along the supply/value chains were weak, and their products were insufficiently differentiated or market-targeted. Further, poor land management during repeated agricultural boom cycles, along with farming intensification, had promoted soil erosion and sedimentation of reservoirs, springs, and headwaters, increasing farmers’ vulnerability to climate change.

In line with Brazil’s state government priorities, the Sao Paulo Sustainable Rural Development and Access to Markets Project addressed two main challenges faced by family farmers. Using innovative finance instruments, the project emphasized markets and sales, moving beyond earlier World Bank–supported rural development projects. Qualified family-farmer organizations were selected through rigorous targeting; investments in market-driven ventures were based on strong business plans, including priority road works; and organizations engaged in technical assistance and training to develop business and marketing skills, improve and diversify products, build operational capacity, and adopt sustainable farming practices. A matching grant mechanism required organizations to contribute up to 50 % of the value of their business plan investments; grants supplied the balance. Further, the project supported public policies promoting environmental conservation and climate awareness. Registering the state’s family farmers in the Rural Environmental Cadaster provided the state with a physical and land-use profile of all small farm properties state-wide on which to base Stage II land recuperation programs. Innovative pilots for payment for environmental services (PES) on farmers’ land demonstrated the potential economic benefits of conservation activities on lands unsuitable for conventional agriculture and established the analytical foundation for scaling up PES in other parts of the state. Other efforts under the project intensified and expanded farmers’ adoption of sustainable agroforestry and multipurpose forest technologies and systems.

The project achieved the following results between 2012 and 2018, a period of severe economic recession in Brazil.

The World Bank, through the International Bank for Reconstruction and Development, provided a loan in the amount of US$78 million to help finance this project. This financing helped support the development of business plans and associated organizational strengthening, improvements to institutional and physical infrastructure, and project management.

The state government provided US$35 million in counterpart funding, and beneficiary organizations contributed US$19 million in cash and kind to help finance the project. The project’s success was a result of partnerships between diverse state government agencies, most of which had limited established dialogue. The project was jointly implemented by the State Secretariat of Agriculture and Supply (SAA), specifically its extension services agency, and the State Secretariat of Environment (SMA). This coordination reflected the project’s integration of agriculture and environment as complementary segments of productive sustainability and climate change adaptation. The secretariats’ collaboration was a significant project breakthrough, contributing directly to successful registration of family farmers in the Rural Environmental Cadaster, delivery of extension services to SMA’s environmental subprojects, an intensified focus on sustainable farming practices, and the institutionalized symbiotic relationship between agriculture and the environment. Other specialized agencies supported the project’s technical strategy by providing credit and training, as well as by enabling the project to successfully attend indigenous, quilombola, and land reform communities.

Beneficiaries of the business plans offered positive assessments. “We have tripled our income . . . in some cases a producer receives R$30,000 in his hand. At the beginning (2012) we had 20 producers and total sales of R$68,000. Today our sales are R$1.7 million.” Other beneficiaries stated: “The lives of many people have changed.  Cooperative members have developed a lot. They have work[ed]. The young ones here are staying.”

Visitors from a World Bank team in India were impressed by the power of collective action, stating, “By going beyond individual action, associations of family farmers were able to access new markets and negotiate better prices.”

At the state Quilombola Conference in 2018 leaders described the project as a historical best experience for their communities. Beneficiaries reported production, productivity, quality, and income gains. The project’s training in improved agroecological practices also had environmental benefits: cessation of illegal extraction, reduced application of agrochemicals, and set asides for land regeneration.

Beneficiaries of the agroforestry systems stated, “Our producers have purchased machinery and trucks—I have never seen agriculture as strong as it is today, and everyone is satisfied.”

A municipal official offered a final comment: “There was a fellow who arrived in tears, saying that it was his father’s dream to see that road improved. This brings satisfaction to people. It’s gratifying.”

Through its focus on sales and environmental sustainability of farmlands, the project laid the foundation for further sustainability achievements. While the current weak economic/fiscal situation poses risks, several factors are expected to provide a counterweight: positive sales/commercial outcomes; motivated beneficiary organizations looking to expand; and the State of Sao Paulo’s continued commitment to maintaining a supportive legal and policy framework for agriculture and the environment. On-site verification already shows that beneficiary farmers have adopted and continue, through mainstream extension services, to adhere to the innovative practices introduced by the project. In addition, the PES pilots and the complex, important environmental investments in agroforestry systems continue in use. Models developed from the PES pilots have already been replicated in two new projects in Brazil. The SAA/SMA partnership shows every sign of being sustained, and technical extension services continue to be delivered to project beneficiaries after project closing.