Building a Sustainable and Resilient Economy in St. Vincent and the Grenadines 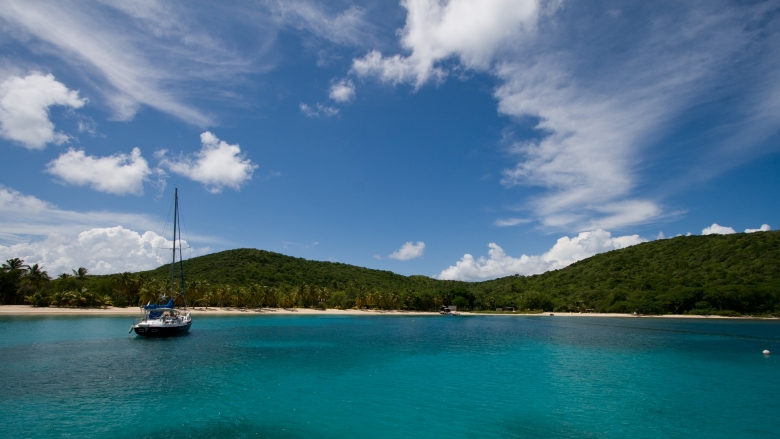 St. Vincent and the Grenadines has initiated and supported reforms critical to build a more resilient economy through: (i) strengthening fiscal policy and public financial management; and (ii) strengthening climate resilience and adaptation in support of blue growth by implementing key policies around fisheries and ocean development. Finally, the country has laid the foundation for key further changes in these areas and for boosting disaster risk management reforms.

As a small island Caribbean state, Saint Vincent and the Grenadines (SVG) is highly vulnerable to natural disasters, particularly hurricanes, and to the effects of climate change, including rising sea levels. Unfortunately, SVG’s fiscal framework and physical environment lack the buffers necessary to accommodate these frequent and increasingly intense climatic shocks. SVG depends on tourism as a primary driver of growth and employment. SVG’s tourism industry, particularly its high-end and luxury tourism in the Grenadines, focuses on its natural, blue, and ocean environments, which, while making SVG highly competitive in this tourism segment, also renders the economy vulnerable to the impact of climate change and natural disasters.

Pursuing a blue growth agenda in a small, tourism-based economy highly dependent on its natural environment requires building on natural assets, reinforcing climate resilience, strengthening fiscal buffers, and ensuring macroeconomic stability. Each of these areas support and complement the others and are necessary to ensure a comprehensive approach that is affordable and sustainable, and also technically sound from an environmental and climate resilience perspective. The First Fiscal Reform and Resilience Development Policy Credit is the first of two operations to support SVG’s approach to blue growth and enhanced fiscal and financial resilience. The project has two pillars: Pillar 1 aims to strengthen fiscal policy and public financial management in an environment prone to recurrent natural disasters. The measures under this pillar seek to:

The contingencies fund has now grown to over 2.0 % of GDP

Supported reforms and associated technical assistance and policy dialogue helped create fiscal space, financial resilience, and fiscal buffers. The operation also directly strengthened the physical and natural environment through reforms such as banning coastal mining, which was degrading the coastal environmental and increasing vulnerability to storms, and passing needed policies, such as the Ocean’s Policy and the Fisheries and Aquaculture Policy. Moreover, integrating climate resilience and adaptation reforms with dialogue on fiscal reform and fiscal resilience furthered the government’s efforts to mainstream climate resilience into its broader development agenda, focusing on key sectors for developing a blue economy, such as nature-based tourism and fisheries. Specific results include:

In support of this ambitious agenda, the Bank also provided significant technical assistance to authorities working on several of the reforms, including the new procurement legislation, the Fisheries and Aquaculture Policy, state-owned enterprise reform and oversight, tax reform, and the ban on coastal sand mining and associated monitoring efforts.

The World Bank, through the International Development Association, provided a development policy credit in the amount of US$30 million to finance this operation.

Close cooperation with the International Monetary Fund (IMF) was maintained throughout project preparation, as was dialogue and engagement with the Caribbean Regional Technical Assistance Centre (CARTAC). This cooperation helped ensure effective coordination in providing technical assistance and a coherent approach to support for fiscal policy reforms, objectives, and level of ambition. In ensuring close cooperation, both the Bank and the IMF were better able to focus on their respective areas of comparative advantage, knowledge, and expertise. Cooperation was also essential to limit SVG authorities’ burden in engaging with numerous multilateral institutions.

Given that this is a development policy financing operation, beneficiaries are broad-based, but the contributions made by this project to increase resiliency in dealing with natural disasters are expected to benefit poor households, as they are disproportionately affected by the impacts of natural disasters, emergencies, and the effects of climate change.

This operation laid the foundation for a second development financing operation, approved in June 2020, which will reinforce this project’s efforts by continuing to build increased fiscal resilience, strengthen climate resilience, and extend disaster risk management reform efforts to better prepare for and respond to emergencies, including pandemics.