Toward Gender Equality in Albania: Shifting Mindsets through Institutional Reform 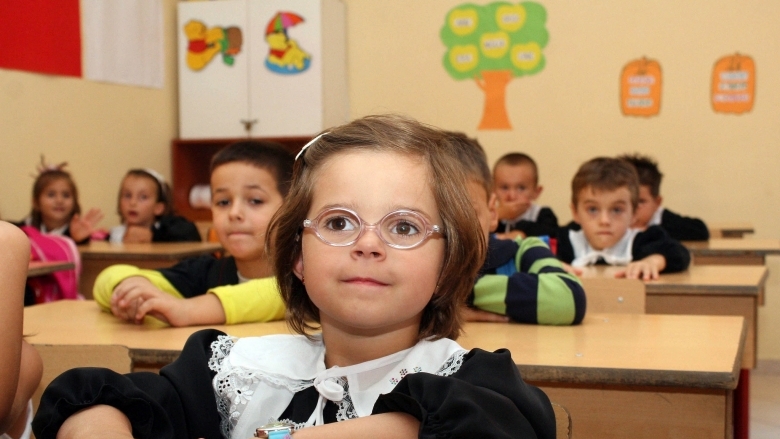 During Albania’s 30-year transition from a centralized to a market economy, economic gains did not benefit women equally. Recognizing the imbalance, the government has implemented several reforms that explicitly aim to achieve gender equality. By embedding gender equity protections into the registration of property deeds, requiring non-discrimination in public procurement processes, and prioritizing attention to female job seekers, among others, Albania is sending the message that gender equality is the norm, not an exception.

Having emerged in the early 1990s from a 50-year dictatorship as the poorest country in Europe, Albania is today an upper-middle-income country and a European Union member candidate – a remarkable achievement. However, Albanian women continue to face barriers to achieve their full potential in a still traditional, patriarchal society, especially in the rural areas. This inequality has a high social and economic cost. By 2012, Albania’s GDP was estimated to be 20 percent lower than it should be with full gender parity, as women face difficulty entering and staying in the job market, with many leaving employment permanently as soon as they marry and have children. In addition, women entrepreneurs are a rarity. Even today, women continue to be paid less for the same work than men and occupy lower-paying or unpaid jobs.

“When I studied at university, there were more female than male students,” said Albanian Sheila Hafizi. “Many of us studied social sciences and the arts, which are areas with fewer employment and career opportunities. In science, technology, engineering, or math, there were fewer female students.”

The World Bank’s Albania Gender Equality in Access to Economic Opportunities project is a Development Policy Loan (DPL) that supports a program of policy and institutional actions to promote growth and sustainable poverty reduction. These loans are typically approved based on a country’s record of prior policy actions, which lay the groundwork for the approval of financing and demonstrate a commitment and capacity to implement a significant program of institutional reforms to achieve longer-term development goals.

In this case in Albania, the new Notary Law requires notaries to verify and automatically register co-ownership of property when owners are married, which would increase options for women to access financing for economic activities and for starting businesses.

“I have been running my business for 17 years now,” said Ajten Goci, a female business owner. “To start and develop a business, you need initial capital. Bank loans help in this case, but it was more difficult for women, as they could not put their property as collateral. In this regard, the latest legal changes have made it easier to further develop our business.”

In the education sector, several municipalities have received a budget increase to recruit more preschool teachers to improve the quality of daycare, which encourages parents to enroll their children and enables mothers to join the labor market. The government is also introducing childcare subsidies for vulnerable women who register with the National Employment Service, which is now mandated by law to prioritize placing vulnerable women into jobs.

“It is important that any social policy and employment policy go hand-in-hand,” said Dajna Sorensen, Albania’s Deputy Minister of Finance and Economy. “The likelihood that a woman enters the labor market and stays in the labor market is very much linked to how much there is in terms of childcare services. The trade-off of working vs. hiring someone to take care of your children is such that women often have no choice but to stay at home."

“Over the last six to seven years, however, all the indicators for women’s employment have been steadily improving. And once women enter the labor market, they are more employable than men. They are hard-working and very reliable.”

of women were property owners. The goal is to bring that number to 20% by the end of 2020.

With reforms to the Notary Law passed by Parliament at the end of 2018, notaries are now obliged to register land and property held in common through marriage in the names of both spouses. The State Cadaster Agency is also required to amend property deeds retroactively, because deeds would often only list the husband as the legal owner of a family’s land and property.

The Public Procurement Authority amended its standard bidding forms so that all bidders must sign a declaration of non-discrimination in hiring as well as equal pay for equal work, to help establish gender equality and encourage its growth as a societal good in Albania. Bidders who are found in violation of such declaration can be barred from future tendering processes. In 2020, the goal is to have 85 percent of tenders awarded using the new documentation.

Pilot municipalities are increasing the number of teachers in schools, including primary schools, to bring the student-teacher ratio to 1:18. Schools are also receiving budget assistance to have after-hours enrichment programs, essentially extending the school day so women can work full-time.

The Employment Protection Law enacted in 2019 aims to increase the percentage of women employed through the National Employment Agency and assists vulnerable women with subsidies for related childcare needs.

"The government of Albania is making significant progress in bridging gender gaps in social and economic outcomes. Albania is close to gender parity in education and health outcomes, and women's empowerment in political decision making is notable, with high levels of female representation at the top levels of the government and civil service," said Anila Denaj, minister of finance and economy. "The government is now tackling gender inequality in access to economic opportunities. We believe that the World Bank program will help alleviate the constraints on women's access to employment and ability to succeed in the labor market."

The International Bank for Reconstruction and Development approved a $10 million loan to the Republic of Albania in November 2019. Albania’s parliament approved the loan agreement in May 2020.

"Albania can reach its potential only when everybody can actively and productively participate in the economy," said Linda Van Gelder, World Bank Country Director for the Western Balkans. "The World Bank is committed to working with the government of Albania to ensure that the existing gender parity is translated into labor market outcomes and entrepreneurship opportunities for women."

The French Development Agency is funneling an additional 50 million euros in financing to support the program, as well as a 1.5 million-euro technical assistance grant to support its implementation. In addition to the French Development Agency, the World Bank team worked closely with German state development agency Deutsche Gesellschaft für Internationale Zusammenarbeit (GIZ), United States Agency for International Development (USAID), United Nations Entity for Gender Equality and the Empowerment of Women (UN Women), United Nations Children’s Fund (UNICEF), the Swiss Agency for Development Cooperation and the European Union, becoming a trusted partner and adviser to the government of Albania in its economic development goals and aspirations for accession to the European Union (EU) and the benefits membership in the EU would bring.

The World Bank worked with the Prime Minister’s Office and the Ministry of Finance and Economy in devising a significant reform program to remove barriers to women’s access to social and economic inclusion, thus generating economic benefits for the country as a whole.

Reforms in the standard processes and administrative procedures mandated by the government have the long-term effect of systematically inserting gender into the public conscience, so that over time, gender is internalized into the thinking of the culture. Declarations of non-discrimination send a message that doing so isn’t just ethically and morally right, but also makes good business sense.

Some of the measures thus involve awareness-raising and behavior change over time, while others will have direct impacts almost in the immediate term. In 2018, only 20 percent of schools had a maximum of 18 students per teacher; by 2020, the goal is 56 percent of schools will have that number of teachers.

If women can access lending when they have property to put up as collateral, for example, then it’s logical that women will increasingly take out small business loans to launch an economic activity. By 2019, women represented 16.4 percent of owners of all records with a valid identification number listed with the Albanian Digital Register of Properties. In 2020, the aim is to bring the share to 20 percent. Affordable legal assistance is also being made available so vulnerable women can formalize co-ownership of immovable property.

“Women represent over 50 percent of the Albanian government and 30 percent of Parliament. Also, 50 percent of senior management positions in public administration are held by women,” said Eduard Shalsi, minister of state for the protection of entrepreneurship. “Going forward, through further improvement of the legal framework the labor market and by rewarding women on an equal footing with men, Albania can make a big difference and increase GDP by as much as 20 percent.”

“There are many housewives and girls like me who have not attended university or attended but not worked,” said Eriselda Ferko. “When a woman gets married, she is expected to do most household chores, to cook daily and care for children and the elderly.”