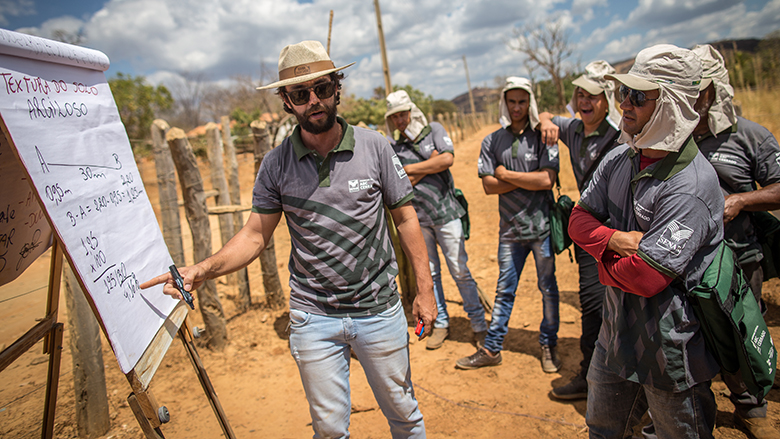 ABC Cerrado Program trained 9,227 producers and technicians in seven years, of which 2,057 were women.

Catalyzed by the Forest Investment Program under the Strategy Climate Fund, Brazil managed to disseminate low carbon emission agriculture practices throughout the Cerrado biome (Brazilian Savannah), restoring more than 93 thousand hectares of pastureland and strengthening the capacity of 9,227 small and medium rural producers and technicians (of which 2,057 were women). The project had an indirect positive impact on over 378 thousand hectares of land.

Brazil’s agricultural sector has grown significantly over the last few decades, including a more than 25 percent growth from 2007 to 2012. Much of that agricultural growth has taken place in the Cerrado biome, the savanna-forest mosaic located in central Brazil, south and east of the Amazon region, covering almost one quarter of the country’s area. Estimates indicate that accumulated deforestation in the Cerrado is proportionally more severe than in the Amazon. During the 2002-2008 period, Amazon deforestation represented 3.2 percent of the area of the biome (18,954 km2 /yr), with 82 percent of the original forested area remaining, while over the same period the Cerrado lost 4.1 percent of its cover (14,200 km2/yr) and only 52 percent of the area covered by native vegetation remained (around 1 million km2).The Cerrado region still possesses very large areas with agricultural and forestry potential so agricultural activity is expected to continue to increase. As such, the main challenge for the agriculture sector in Brazil is to promote the adoption of agricultural technologies that can reduce GHG emissions without compromising productivity and profitability, while still maintaining low rates of deforestation across the country.

The project was designed to support the National Low Carbon Emission Agricultural Plan (ABC or Plano de Agricultura de Baixa Emissão de Carbono – Plano ABC), which provides a subsidized credit line for rural producers to convert traditional agricultural practices to low-carbon technologies, including: (i) recovery of degraded pasture land; (ii) crop, livestock, forestry integrated systems; (iii) no-tillage farming systems; (iv) biological nitrogen fixation; (v) cultivated commercial forests; and (vi) treatment of animal waste. Initially, ABC-related lending by the rural producers was at a low level mainly due to lack of information and technical assistance. The Sustainable Production in Areas Previously Converted to Agricultural Use Project was a pilot, aimed to promote the adoption of low carbon technologies through the provision on training and technical assistance about those technologies. The Project identified that aside from the environmental benefits that come from the adoption of low carbon agriculture technologies, the rural producers realized that, by adopting these practices, they were obtaining positive economic outcomes. The economic approach was key for the Project implementation, as it led to an easier producer engagement and higher rate of low carbon agriculture practices adoption. Additionally, the economic returns of technology adoption are essential for the continuity of such actions after the Project closure. 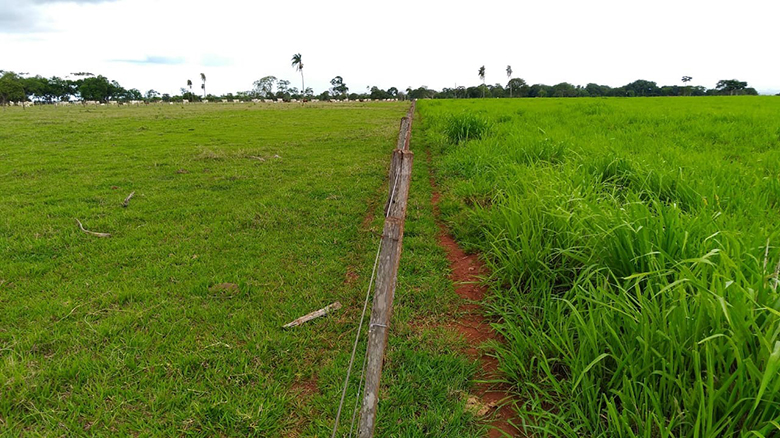 The Project, which was designed to promote the adoption of sustainable low carbon emissions agricultural technologies by mid-sized producers in the Cerrado Region, has delivered several significant outcomes from 2012 to 2019:

The World Bank, through the Forest Investment Program, provided a grant of US$ 10.62 million to the National Rural Learning Service (SENAR). The Bank additionally helped SENAR to introduce a very detailed monitoring and evaluation system, as well as a rigorous evaluation of the impacts of the training and technical assistance provided.

There is a strong partnership among key development partners in Brazil’s agriculture sector. The Ministry of Agriculture, Livestock and Food Supply led the coordination of investments and analytical work. SENAR executed the project in a very effective way, using its long term-built capillarity throughout the Brazilian rural ecosystem. Additionally, the Project was supported by the Brazilian Agricultural Research Corporation (EMBRAPA) to provide scientific inputs and validation to the selected low carbon technologies that were disseminated by the Project.

Based on the Project’s results and mainly on the Impact Evaluation methodology outcomes, other Bank-financed projects are being designed and implemented to scale up similar initiatives. One such example is the Rural Landscape Project, also financed by the Forest Investment Program (FIP), that builds on this Project’s experience. The Rural Landscape Project aims to address rural producers’ compliance with the Brazilian Forest Legislation and to foster forest restoration and conservation inside private rural properties with a connecting element at a landscape level.

Mr. Wender Borgers, a field technician, presented the results obtained from the Buritizinho farm, where integrated crop-livestock (ICL) practices were adopted. Aside from producing feed for the farm’s livestock during the dry season, the ICL system also allowed the farm’s previously degraded pastureland to be recuperated. During the results presentation, managerial data were also analyzed through the evolution of economic and zootechnical indexes. According to Mr. Wender Borges, all planting activities were performed with soil and water conservation measures, such as contour engineering. These practices had an average cost per hectare of R$ 3,248 (from planting until harvesting and silage) which lead to an average production of 42.85 tons per hectare, meaning an average cost per ton produced of R$ 75.79. “More than a low-cost agricultural production, the recuperated pastureland remained as profit”.

The farm owner, Valdir Ferreira de Aquino, highlighted how the Project has changed his perspective and practices in managing the farm. “Before, I used to think that agricultural producing was just about planting and harvesting. Today, I know that I have to correct the soil, do contour engineering, use quality seeds, [and] make a production cash flow spreadsheet. In fact, I realize now that, before the Project, I did not actually know my farm and was working without the proper tools. I did not even know that pasture was a crop nor how much I was spending and earning. Today, I know that the farm is like a private company, and it has to be profitable.”