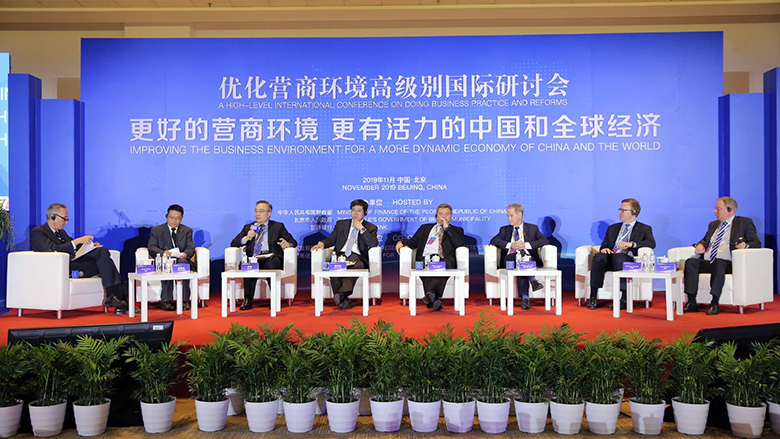 Since the introduction of the Doing Business ranking in 2003, China’s business environment, based on the results for Beijing and Shanghai, lagged behind its global and regional peers. In Doing Business 2018, China ranked only 78th (out of 190) in the world. China’s rankings in dealing with construction permits, paying taxes and protecting minority investors were among the lowest in the world (172, 130 and 119 respectively). The weak business environment was dampening China’s otherwise strong economic performance over the past two decades.

The World Bank has provided critical assistance to China over the past two years to improve the business environment through a series of analytical reports focused on the reforms needed for selected Doing Business indicators. The assistance included analytical work; knowledge-sharing through workshops, conferences, and study tours; and just-in-time advice on international good practices in Doing Business and other business environment reforms. It was funded from the Bank’s budget and Reimbursable Advisory Services (RAS). The World Bank’s advisory work on Doing Business reforms is strictly separate from the data collection and rating effort reflected in the annual Doing Business rankings.

Analytical work: The World Bank’s “Doing Business Reform Memorandum” finalized in February 2018 provided the foundation for China’s Doing Business reforms. Most of the report’s recommendations were implemented during the following two years. The World Bank also initiated pioneering RAS-financed agreements with China’s Ministry of Finance and the authorities in Beijing and Shanghai to fund analytical work on getting credit, insolvency, dealing with construction permits, registering property, getting electricity, trading across borders and starting a business.

Just-in-time advice: The World Bank has established a strong relationship with the leadership of the Ministry of Finance and Beijing and Shanghai municipalities and provided just-in-time support and advice on the Doing Business methodology, China specific recommendations, and international good practices in the design and implementation of Doing Business reforms.

In late 2019, China’s State Council made it mandatory for all cities across the country to implement Doing Business reforms patterned on Beijing and Shanghai. The authorities of the two municipalities have started organizing knowledge-sharing workshops with other cities in China.

Given the size of China’s economy, and for illustrative purposes only, if the newly implemented Doing Business reforms helped accelerate China’s annual GDP growth rate by 0.1 percentage points, in line with the estimated impact of the business environment reforms in other countries, these reforms could help generate more than US$250 billion of additional GDP until 2030. The forthcoming project on the evaluation of the economic impact of Doing Business reforms will provide more specific estimates.

The World Bank’s technical assistance to China’s Doing Business reforms has been funded by the Bank annual Doing Business budget and a series of Reimbursable Advisory Service agreements with the Ministry of Finance and municipal authorities in Beijing, Shanghai, Shenzhen and Guangzhou totaling more than US$500,000 over the past two years. The World Bank has also provided technical assistance to Chongqing Municipality funded by a US$1.2 million Externally Financed Output (EFO) agreement with the UK Prosperity Fund.

China continues to implement Doing Business reforms, as reflected in, for instance, a follow-up RAS with Beijing and Shanghai, new RAS with Shenzhen and Guangzhou, and a project with Chongqing Municipality funded by the UK Prosperity Fund. There are additional RAS in the pipeline, including with Xiamen and Changsha.

Given China’s strong policy commitment to Doing Business, it is important to take stock of what was achieved, what impact the reforms have had, what gaps remain which Doing Business does not address and what other countries can learn from China’s recent rapid improvements. A new RAS with the Ministry of Finance on evaluating the economic impact of Doing Business reforms will provide the first opportunity to take stock and analyze impact. The development of new indicators on public procurement provide the chance to widen the scope to the important issue of doing business with government. The strong engagement on improving the business climate has also opened a dialogue on more challenging reforms related to the role of SOEs and market competition. These remain important areas for future work to help China build a first-class environment for domestic businesses and foreign investors.

China is also sharing its experience with other countries, including through an international conference on Doing Business reforms jointly organized with the World Bank in Beijing in November 2019, which included policymakers from Mongolia, Vietnam, Laos and Cambodia.

It is getting easier and cheaper to do business in Beijing as a result of on-going business reforms. For example, the construction permitting process is getting much more efficient. In October 2019, it took Mr. Li Teng of the Beijing Affordable Housing Center only two days to get a construction permit for an affordable housing development project in Tongzhou District of Beijing. He thought that this was “unbelievable and the fastest case in his two years of work.” “Moreover, it allowed us to start the construction one year earlier with the land approval procedures simplified,” he said. 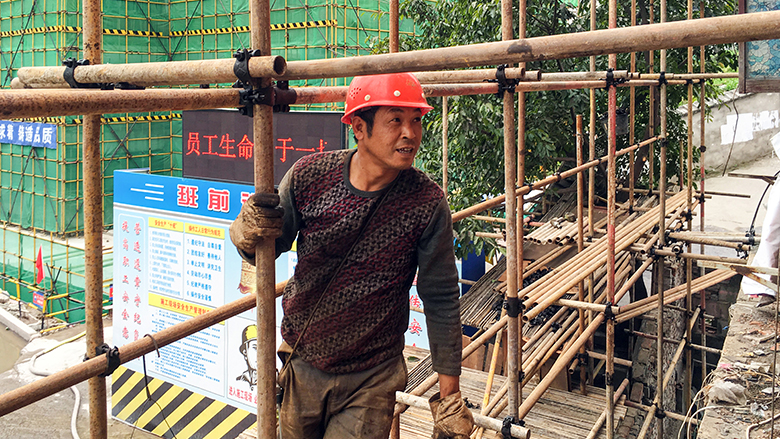