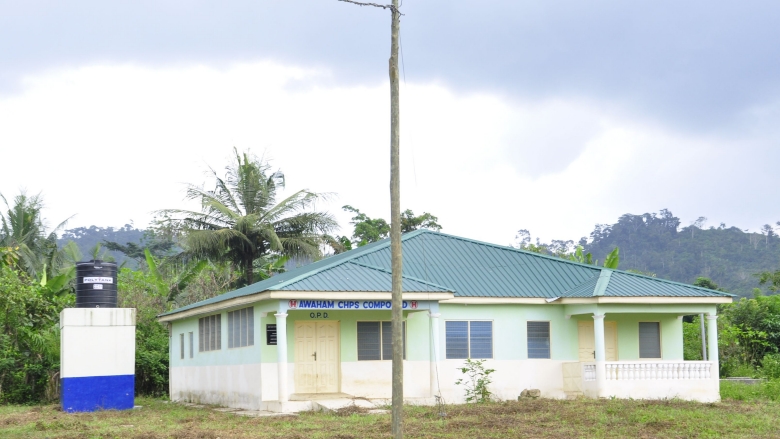 Drawing upon International Development Association (IDA) funding, Ghana has strengthened its intergovernmental fiscal framework and local public financial management and improved social accountability of urban service and management. The Project strengthened the capacities of 46 Metropolitan and Municipal Assemblies (MMAs) to deliver infrastructure and service to more than 6.6 million citizens, of which 54 percent was female.

Ghana’s urbanization rate was 51 percent in 2010, with a growth rate of 3.2 percent. Ghanaian cities faced many challenges in managing urbanization and could not meet the growing demands for infrastructure and services. Ghana’s decentralization and intergovernmental fiscal framework had not been fully responsive to the specific and significant needs of rapidly growing cities. These needs were not met through local governments’ own revenues or fiscal transfers from the central government which did not take into account the pressures faced by growing urban centers. Furthermore, local Public Financial Management (PFM) systems and the accountability of local governments to the central government and their citizens, which were critical to manage capital investments more efficiently and effectively, were weak.

To strengthen accountability and transparency of MMAs, the project took a two-pronged approach. At the national level, Social Accountability Unit was established and institutionalized in the Ministry of Local Government and Rural Development. At the local level, the innovation introduced was the involvement of leading NGOs in social accountability and the establishment and use of media network. The Project introduced the Social Public Expenditure and Financial Accountability (SPEFA) forum and promoted Town Hall Meeting (THM), supported by NGOs and the media network. These forums and meetings brought together citizen groups and increased their understanding of local government investment planning and financial management issues. 378 SPEFA meetings were held with 44,104 participants (41 percent female), and 199 THMs were held with 35,503 participants (41 percent female). At the end of the Project, 65 percent of attendees at planning meetings understood issues raised for discussion as evidenced by the Citizen Perception Survey (CPS) in 2017.

The Project leveraged and built on strategic partnership and support from other development partners (DPs) engaged in decentralization. The DPs include the Danish Development Agency (DANIDA), the French Development Agency (AFD), the European Union (EU) and the German Agency for International Cooperation (GIZ). These DPs had supported the Government on administrative decentralization, nation-wide performance-based grants for general institutional capacity building, and civil service reform. The Project focused on fiscal decentralization, public financial management and social accountability of urban local governments for better urban management and infrastructure and service delivery. This ensured a mutually reinforcing reform agenda in support of the government’s decentralization policy.

The key outcomes by the Project collectively contributed to creating an enabling environment for a follow-on Program for Results (PforR) operation, the Ghana Secondary Cities Support Program (GSCSP), which was built on the strengthened intergovernmental fiscal framework and local PFM and accountability systems. The GSCSP, US$100 million, was prepared in the last year of the LGCSP and is being implemented since February 2019 with an objective of improving urban management and basic urban services in secondary cities in Ghana.

In the 46 MMAs approximately 6.6 million citizens (54 percent female) benefited from infrastructure and service delivery. Hawawu Ameteye goes to Boa Amponsem Senior high School in Dunk wa-on-Offin and stays in a newly built girls’ dormitory. “At first, the dormitory that we were in, we were facing problems like security challenges and bed bug attacks. But this place there are no bed bugs and security challenges. We have named it white house since it is like a palace to us.”