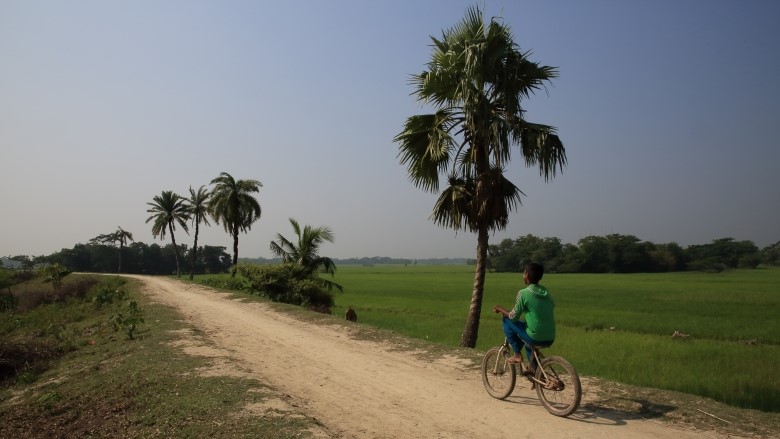 Since 2013, with World Bank funding and expertise, Bangladesh has provided improved protection to 183,900 people including 91,950 women with increased resilience to climate change.

A higher percentage of the population lives below the absolute poverty line in the coastal area than in the rest of the country. A World Bank study on the cost of adapting to extreme weather estimated that eight million people are currently vulnerable to inundation depths greater than three meters due to cyclonic storm surges. This number will increase to 13.5 million people by 2050, and an additional nine million because of climate change. There is an urgent need to rehabilitate and upgrade protection polders – areas of low-lying land - and enhance the resilience of coastal areas to cyclones, tidal and flood inundations, and salinity intrusion.

The Coastal Embankment Improvement Project (CEIP) was designed to support the rehabilitation and upgrading of protection polders to protect the coastal areas from tidal flooding and frequent storm surges and improve agricultural production by reducing saline water intrusion in selected polders using climate data and climate projections. The long-term objective of CEIP is to increase the resilience of the entire coastal population to tidal flooding and disasters by upgrading the whole embankment system. With an existing 6,000 km of embankments with 139 polders, the magnitude of such a project is enormous, necessitating a multi-phased approach to be adopted over a period of 15 to 20 years. CEIP-I is the first phase of this long-term program. Furthermore, the Project will create a framework for polder design and investment plan, based on understanding of the long term and large-scale dynamics of the delta.

The project has increased protection of 183,900 people including 91,950 women with increased resilience to climate change in selected polders from tidal flooding and storm surges. As of May 2019, the project has protected 21,700 ha of gross area and upgraded 130.58 km of embankment.  A comprehensive analysis is being undertaken to better understand the coastal dynamics to increase climate resilience in the coastal area.

International Development Association (IDA) provided funding of $375 million in 2013 and the Climate Investments Funds (CIF) provided $25 million, for a total of $400 million for Phase I of the Coastal Embankment Improvement Project (CEIP-I).

As outlined above, $25 million out of the total of $400 million for the project is from the Pilot Program for Climate Resilience (PPCR), a targeted fund within the Climate Investment Funds (CIF) framework. With about $95.4 million in concessional loans and grants, the CIF is currently supporting around $523.4 million (co-financing from the World Bank, Asian Development Bank, Kreditanstalt für Wiederaufbau, International Fund for Agricultural Development, and Government of Britain) in projects in coastal infrastructure in Bangladesh, including the rehabilitation and upgrading of polders, structural improvements in vulnerable coastal towns, the construction and upgrading of selected roads and bridges, and the upgrading of infrastructure design standards.

CEIP-I is the first phase of a long-term program aiming to upgrade the entire coastal embankment system, consisting of 139 polders along 6,000 km of embankments. Based on the success of the project targeting the 17 most urgent polders, a series of projects that capture the lessons learned from CEIP-I can potentially be designed for other coastal areas of Bangladesh. Bangladesh will rehabilitate 10 polders in its coastal embankment system, resulting in improved protection for 724,202 people, including 380,000 females. Rehabilitation in six coastal districts will provide direct protection to the people living within the polder boundaries, enhance their livelihoods through increased agricultural production, and strengthen the overall resilience of the coastal areas to cyclones, storm surges and flood.

Jaharul Sardar lives in Polder 32, a vulnerable Polder to tidal flooding and cyclone induced storm surge. The land inside the polder is visibly lower than the shoreline outside it. But as he strolls barefoot atop the freshly rebuilt embankment, he feels safe for now. "If we have good embankments and cyclone shelters, he says, "we can survive."