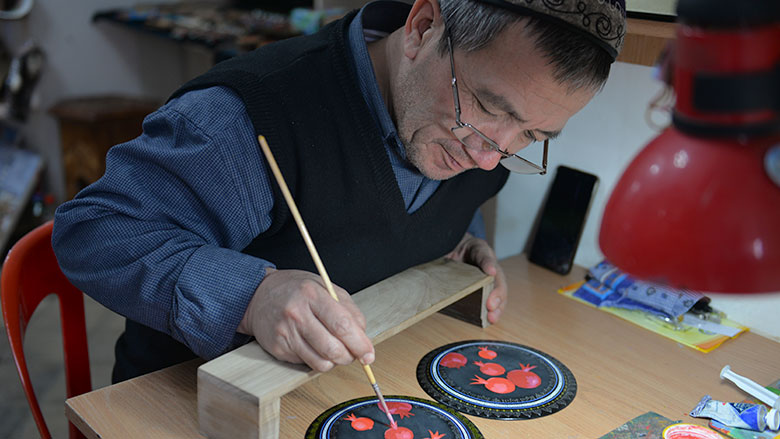 Reforms in Uzbekistan also resulted in its opening up to the world and visa restrictions lifted for many countries. This craftsman is one of many Uzbek citizens benefiting from the increased number of foreign tourists who love to buy local souvenirs.

In 2017, Uzbekistan launched an ambitious and unprecedented reform program aimed at building a private sector–driven, market-based economy. The Government is making strong progress in implementing these challenging economic reforms to promote growth and create new opportunities for all citizens. The World Bank Group is committed to support Uzbekistan’s difficult yet critical reform program as the country undergoes a far-reaching social and economic transformation.

Uzbekistan embarked late on the path to market-oriented economic reforms compared to other post-Soviet states. Until recently, the country remained a closed, centrally-planned economy, with growth largely driven by commodity export revenues that financed import-substitution industrialization. This was achieved through import barriers and restrictions to capital outflows, significant directed lending, as well as on- and off-budget subsidies, which supported a wide network of state-owned enterprises (SOEs) and a few private-sector participants.

The economy was sustained by the commodities super-cycle, but with a deteriorating external environment, it became increasingly evident that the economic growth was not accompanied by productivity growth or sufficient high-quality job creation, leading to substantial outward labor migration. Following the commodity price shock in 2014, the lack of price flexibility (in exchange rates and domestic prices) led to the widening relative price distortions, and it became evident that existing economic policies were incapable of providing sustained productivity growth and good job creation to meet the needs of a growing and young population.

In 2017, the country launched an ambitious program of market-oriented reforms that are unprecedented in its modern history. With the drivers of the old growth model exhausted, the new leadership embarked on a strong program of market reforms. Going forward, the Government of Uzbekistan still needs to address a number of key challenges to achieve sustainable development and growth.

The current challenges include removing market distortions that undermine allocative efficiency and competition; eliminating regulatory barriers to business operations; promoting the reallocation of land toward more productive uses; mitigating geographic inequities in access to social services; promoting the sustainable use and management of natural resources; making public administration more transparent and accountable; widening access to preprimary and tertiary education and improving the quality of these services; ensuring access to quality health care; and addressing the inefficiencies in social protection programs.

Since 2017 the Government’s reform program has grown in scope and ambition by significantly increasing demand for the WBG financing and global knowledge services. The WBG program realigned in June 2018 now responds to the Government’s broadened reform agenda by focusing on projects and activities that support private sector growth and the creation of markets, promote institution and capacity building to support the reform process, and enable the economic and social transformation.

The World Bank program is shifting from pure bricks-and-mortar infrastructure projects to policy support and market institution building, horticulture development, social protection, early childhood development, regional development, and connectivity. Current and future infrastructure investments supported by the World Bank financing will help pave the way for sector reforms. Development Policy Operations will be used to support the Government’s efforts to develop a solid foundation for a market economy by first identifying and then building its key components.

As of April 2019, the Bank funded 51 projects focusing on infrastructure investments in the agriculture, water, energy, transport, health, and education sectors and sponsored more than 50 technical assistance programs by providing the required linkage between policy and investment.

Recent results achieved in 2016-2018 under selected Bank-supported and administered projects include:

As of March 2019, the World Bank portfolio in Uzbekistan consisted of 19 investment projects with net commitments totaling US$3.32 billion (including IBRD commitments of US$1.14 billion, IDA commitments of US$2.18 billion, and a Global Partnership for Education grant of US$49.9 million) designed to support macroeconomic reforms, regional development, and improvements in agriculture, water supply, transport, energy, education, and health services.

The active Trust Fund portfolio has 36 activities, including 32 Bank-executed and four recipient-executed tasks totaling US$93.17 million. Most are funded from Multi-Donor Trust Funds (the major ones are financed by the European Union, Switzerland, the United States, Korea, Japan, and the Russian Federation) in support of an analytical and technical assistance program, the preparation of new lending operations, and complementary financing to ongoing projects.

The Bank’s analytical and technical assistance program consists of 24 tasks in different areas and includes the first-ever Reimbursable Advisory Services (RAS) agreement, signed by the Bank and the Government in August 2018, to support civil aviation reform in Uzbekistan.

The International Finance Corporation (IFC) is currently managing a US$61 million investment portfolio in Uzbekistan, including projects in the financial and textile sectors. IFC’s advisory services provided investments under seven projects that are designed to assist in privatizing SOEs, transforming the cotton sector, developing and diversifying the financial market, and piloting public-private partnerships in the renewable energy and health sectors.

Work is being carried out through coordinated technical assistance and joint or parallel financing of investment operations in agriculture, energy, transport, water supply and sanitation, and water resource management. Namely, the European Union co-financing exceeds €45 million and supports the Bank’s interventions in agriculture and irrigation.

In addition, the WBG closely collaborates with the European Union, the United States, and Switzerland through the Multi-Donor Trust Fund to support activities related to the prevention of forced labor in Uzbekistan. The Bank is exploring opportunities to engage with new partners, such as the Asian Infrastructure Investment Bank and the European Investment Bank.

The Bank also coordinates its activities with the United Nations through the UN Country Team, on which the Bank participates. The Uzbek Government and UN agencies recently signed a UN Development Assistance Framework for 2016–2020 that has the WBG leading several key thematic groups.

The World Bank will continue to support Uzbekistan in the implementation of its ambitious, comprehensive, and fully homegrown reform program to transform the country into a competitive market-oriented economy. In January 2019, the Government adopted a 2019–2021 “Reform Roadmap,” developed with WBG support, that clarifies how Uzbekistan will achieve its economic development strategy in the medium-term period.

The Roadmap’s objective is to further implement—and accelerate progress on—the strategic plans outlined in the 2017–2021 Development Strategy of Uzbekistan. The Government intends to achieve these goals through a comprehensive program of reforms, supported by the World Bank and other development partners, covering five focus areas: (i) maintaining macroeconomic stability; (ii) accelerating the transition to a market economy; (iii) strengthening social protection and citizen services; (iv) transforming the Government’s role in the market economy; and (v) preserving environmental sustainability.

The Roadmap also includes measures to strengthen human capital, increase the participation of women in the economy, conserve environmental and natural resources, and improve the effectiveness and efficiency of the social safety net system. The World Bank will respond to Uzbekistan’s emerging needs by maintaining the breadth and scope of its current investment and technical assistance program in the country.

The WBG is discussing a potential RAS to help improve the business and investment climate and a follow-up RAS in the civil aviation sector to assist in ongoing sector restructuring.

Investing in the Development of Uzbekistan’s Preschool System 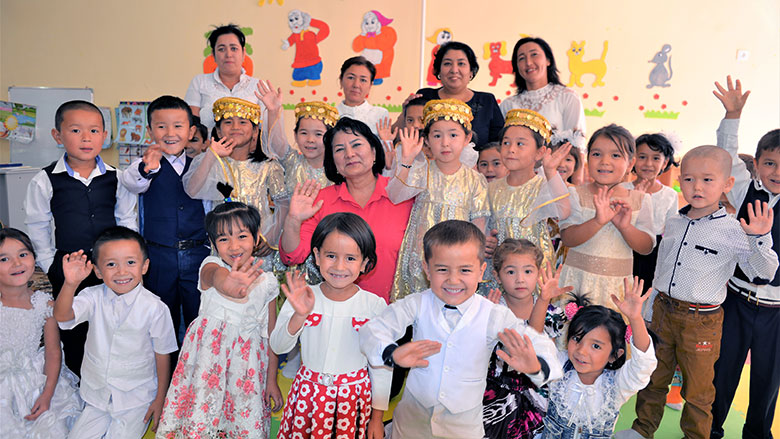 Over 55,000 children aged 3–6 were enrolled in a half-day program in preschools across the country under the Improving Pre-Primary and General Secondary Education Project.

“Many parents, especially from low-income families, choose half-day groups in kindergartens because of their affordability,” says Mavluda Nishanova, an official from the Ministry of Public Education. “A monthly fee per child in a rural area is around UZS15,000 (less than US$2). In fact, it just covers the cost of daily breakfast, while children receive all services and educational supplies free of charge. The four-hour schedule is also convenient for parents working part-time and women dealing with housekeeping.” 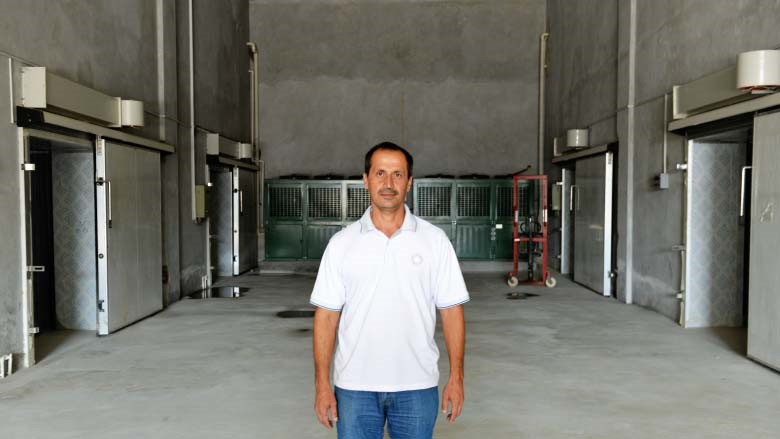 Thanks to a Horticulture Development Project (HDP), a farmer in the Samarkand region received a loan to complete construction of a cold storage facility that can accommodate up to 1,700 tons of horticultural products. Ten permanent jobs were created after the facility became operational.

“In this facility, we will be able to save our own fruits, vegetables, and grapes, as well as crops produced by local farmers,” says Vohid Abdushukurov, a manager of the cold storage facility. “Nowadays, this service is in high demand among local farmers and agro-firms as their export capacity is rapidly growing. Our potential clients are interested in preserving the quality of their products before they reach foreign customers. And we are happy to respond to their needs.”

President of the Republic of Uzbekistan

Ministry of Finance of the Republic of Uzbekistan