October 16, 2018
World Bank Group
After being isolated for long periods during the war, the North and East provinces are in the midst of recovering from a traumatic past. With contributions from the North and East Local Services Improvement Project (NELSIP), residents now enjoy swift services, such as rural roads and easy access to drinking water. The local authorities are empowered for their service deliveries.

At the end of Sri Lanka’s 30-year civil war in 2009, the country faced a huge task to restore damaged infrastructure in the conflict-affected North and East, while quickly delivering better livelihoods for communities that had been repeatedly displaced by the fighting. Beyond the extensive physical damage to public infrastructure, the thirty-year conflict splintered community links and led to the displacement of large numbers of people Nearly all residents had poor access to the labor market and economic opportunities. Despite strong economic growth largely due to the post-conflict rebound, the region experienced issues with limited capital investments for infrastructure amidst rapid growth of the urban population.

The project is designed to improve the delivery of infrastructure services (such as rural roads and drinking water supply) by local authorities in the Northern and Eastern Provinces, to strengthen their service delivery systems, and to build capacity to deliver their mandated services. The unique design of this project is that each community contributes three percent of the cost by providing labor or utilities like water or electricity. In addition, community members can identify their own needs and prioritize how the money is spent by voting in public town hall meetings.

To properly evaluate needs, project preparation included a Governance and Accountability Action Plan and a Conflict and Reconciliation Filter, which emphasized improving community cohesion and building trust between citizens and the government. Project design incorporated relevant lessons from global experiences (e.g. Bangladesh, Uganda, and Indonesia), as well as lessons from similar programs and projects in Sri Lanka, prioritizing (i) community participation from inception and at all stages; (ii) rapid provision of basic infrastructure facilities using local resources; (iii) sufficient numbers of capable staff in place; and (iv) extensive information and communication to inform citizens about project design, work plans, and the grievance redressal mechanism.

Most importantly, the project combined availability of predictable and timely resources to local authorities with greater local autonomy in the public expenditure process and enhancement of public accountability systems to foster responsive and efficient infrastructure development and service delivery.

The project aimed to strengthen accountability and there were significant efforts to facilitate working with stakeholders and improve regional and central governance interaction with local authorities. Training was provided for both elected officials and staff. To ensure high quality implementation, Project Appraisal Teams appraised sub-projects for potential safeguard issues and assessed their viability. Social Audit Committees oversaw project design, implementation and provided a link to the community. Because of these efforts, all 101 project-assisted Local Authorities publicly disclosed their revenues, expenditures, and procurement decisions thus building trust with the community. 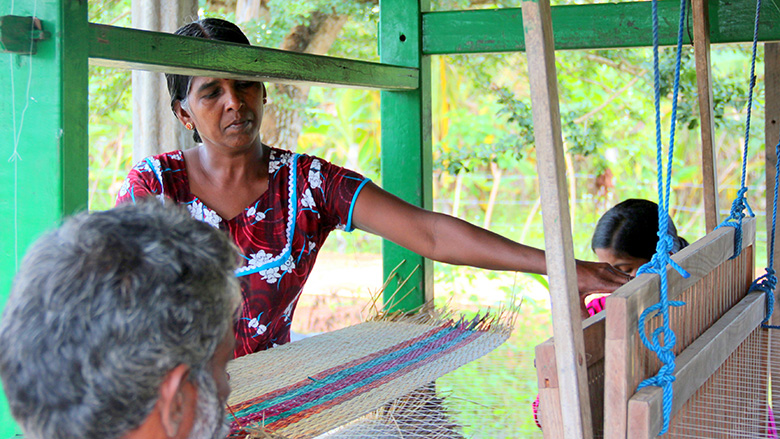 The project has helped to support improvements in several key outcomes:

Following the end of the war, IDA has moved swiftly to support the Government of Sri Lanka implement the three main pillars of its short- to medium-term development plans for the Northern and Eastern Provinces, including this $70 million project. In August of 2015, with the request of the Government, IDA provided additional financing to expand the project area to four war affected adjoining districts. Australia’s DFAT has also offered a further Grant of US$20 million in co-financing.

" Each community member used to be alone before, but now we share equipment and knowledge with other community members. We learn, exchange and make decisions together. And I am more confident and inspired. " 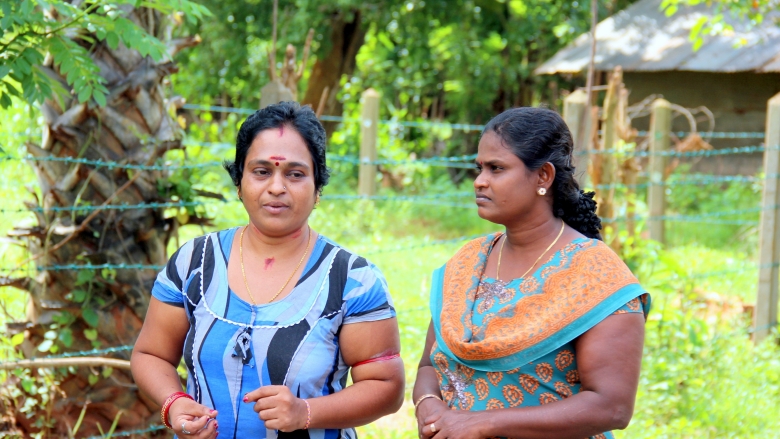 Jeyaranjini lives in Killinochi with her husband and daughter. During the war, they moved 15 times and lived in a refugee camp for almost two years. With NELSIP, Jeyaranjini participated in a group of seven local families and jointly decided how to allocate funds based on their community’s needs assessment. “Each community member used to be alone before, but now we share equipment and knowledge with other community members. We learn, exchange and make decisions together. And I am more confident and inspired.” Now, they have a home with stable electricity and income, as well as paved roads, which are less prone to flooding. 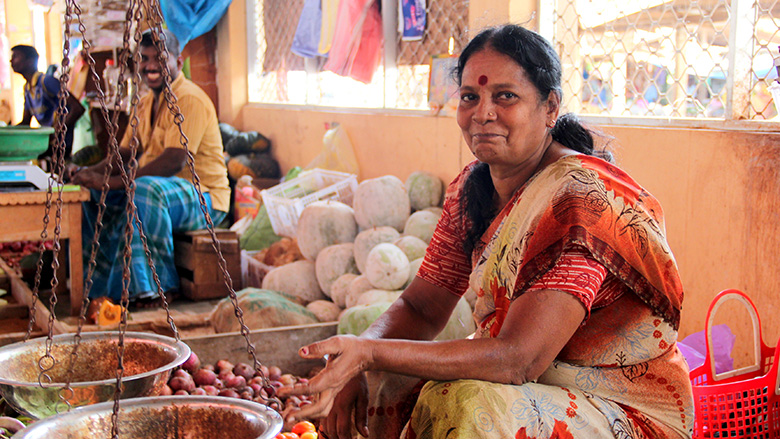 Based on successful results of NELSIP, the Government of Sri Lanka has stepped up its grant support to local authorities since 2014. The World Bank and the Government carried out a local study on revenue generation and expenditure management towards enhancing local economic development opportunities. Additionally, a study on rural – urban linkages was also completed for two main reasons; 1) to understand production systems, intermediary infrastructure and other support services that attribute to supply chains, and 2) to identify critical blockages. These analytical works have led to an upcoming project called the Local Development Support Project.