Turkish Health Transformation Program and Beyond 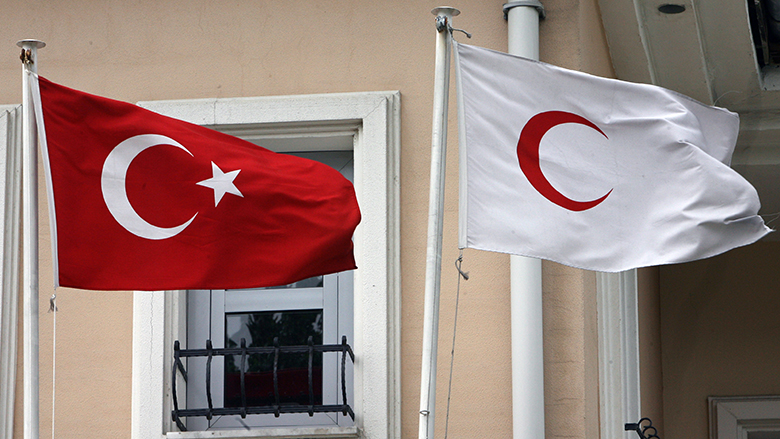 Turkey significantly improved the supply of services under the Health Transformation Program (HTP) between 2003 and 2013. The improved provision of health services is reflected in improved health outcomes and increased health utilization rates, as well as changes of trends in health financing. Universal Health Coverage (UHC) was established by unifying enrollees under a single scheme, making health services accessible to all through a single package of benefits. During this time the government also created a family medicine system and integrated all public hospitals. The simplification and personalization of the health system through HTP have contributed to the breadth of improvements in health outcomes observed throughout the country.

In the 1990s, health expenditures in Turkey averaged 3.8% of GDP - well below the OECD average (7.4% of GDP). Low health expenditures were compounded by an inequitable and fragmented health insurance system. In addition, Turkey had the lowest number of doctors and nurses per capita in Europe and one of the lowest nurse to doctor ratios. These shortages led to an unequal delivery of health services and access to health facilities in rural and urban areas, especially between the less developed eastern areas and the more developed western regions of the country. In addition to systemic challenges, Turkey was (and continues to be) confronting a rise of non-communicable diseases (NCDs), such as cancer, cardiovascular disease, and diabetes, and the challenges are compounded by the onset of aging among the population.

To address these challenges, the World Bank has supported Turkey’s HTP since 2003 with two Adaptable Program Loans (APLs). The Bank also provided technical guidance, and shared the experiences of other countries, during the creation of the family medicine system, which facilitated the introduction of community health centers (CHCs) at the primary care level. The Bank also provided technical assistance in the preparation of the Social Security and Universal Health Insurance Law of 2008, which unified the country’s social security system and made health services available to all.  Turkey created a single purchaser model through which the Social Security institution assumed full responsibility for all health financing functions, including collecting revenues, pooling resources and expenditures and purchasing relevant goods and services. The various reforms undertaken have been monitored and broadly evaluated, with a strong emphasis on results, and with a focus on maintaining sustainability. The Bank’s global knowledge and expertise made it an effective partner for the government of Turkey to develop and implement these path-changing national health reforms.

During the implementation of HTP, the Bank established strong partnerships with all relevant Ministries (Health, Labor, Development, Finance), relevant government institutions (Social Security Institution), private sector associations and NGOs. The Bank maintained a close association with the World Health Organization (WHO), and other development partners, which continued to provide technical support to the Ministry of Health in developing the long-term health strategies. The Bank was the only partner to provide financing. The Government of Turkey financed the broader reform activities under its national budget, with complementary financing from the World Bank.

The Bank remains an important partner for policy and system reform in Turkey’s health sector, and through its current work—operational and analytical—it continues to support the government to meet its long-term development plans. Although the UHC reform has been successful, Turkey is still experiencing a rise in Non-Communicable Diseases (NCDs), which remains an important challenge to address in coming years. The ongoing Health System Strengthening and Support Project aims to improve primary and secondary prevention of selected NCDs, increase the efficiency of public hospital management (and overall spending), and enhance the capacity of the Ministry of Health for evidence-based policy making.

"I can get all three kids of mine proper treatment when they are sick, which we have been (previously) unable to do," says Melis Bozkurt, 46, who lives in a poor neighborhood in Düzce. “Even if we went to the State Hospital, we had to wait for hours in the line and sometimes returned back with empty hands as the line never got to us.” Melis now holds a green card that identifies her as a beneficiary of the family medicine program in Turkey.

Under the program, family doctors are trained and given a monthly payment based on their performance, the number of enrolled patients, and the number of vaccinations, ante-natal visits and referrals they provide. “I am extremely happy working in this clinic,” says Sezai Emiral, a family physician: “I start at 8:00 am in the morning and see 30 to 40 patients a day. My work and services are being valued more than ever and it reflects in my job satisfaction.” The family medicine program began with a pilot in Düzce and is currently operational in all 81 provinces in Turkey. 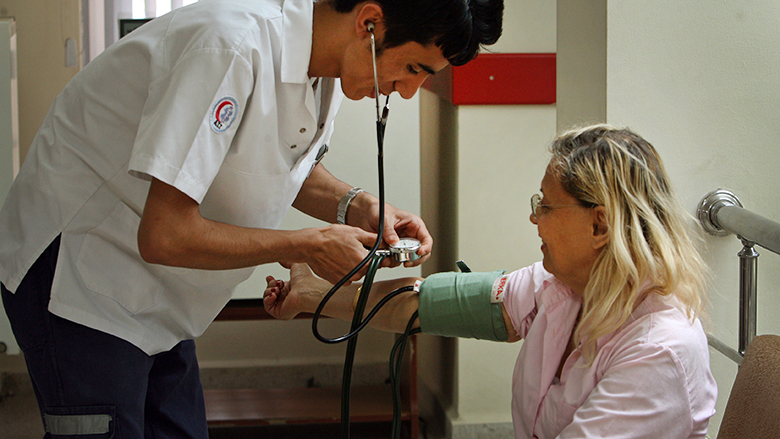 Under Secretariat of Treasury

Ministry of Labor and Social Security