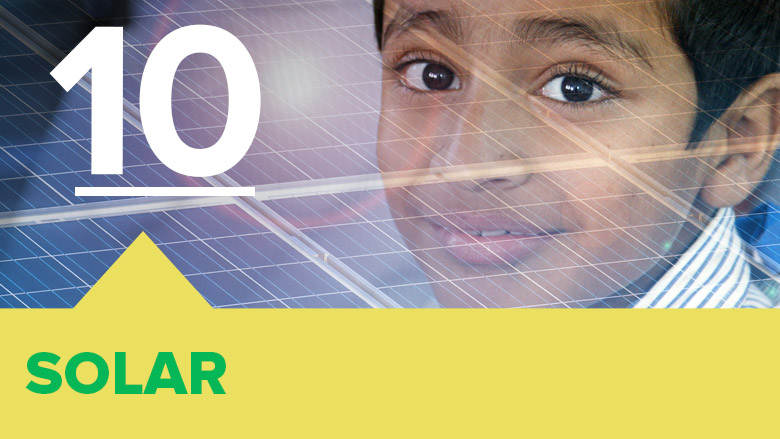 Bringing markets to scale has led to reductions in prices. Clearly defined deployment strategies by governments, transparent financial and institutional structuring, and competitive procurement, including auctions, have helped de-risk and scale up markets. In certain countries guarantees or concessional financing are necessary in the initial stages of market growth.  The World Bank Group is seeing a surge of interest from its clients in solar power as a result of the dramatic cost decreases over the past few years.

The World Bank is working with governments to strengthen energy institutions, develop legal frameworks, and improve policies and regulations, which has helped set the stage for a major expansion of wind and solar power in countries like India, Morocco and Turkey. The World Bank is also making detailed resource data available for free through tools like ESMAP’s Global Solar Atlas, which has helped boost solar development in Vietnam.

In October 2017, IFC finalized a landmark $653 million debt package that will finance the construction of 13 solar power plants in Egypt’s Benban Solar Park, generating up to 752 megawatts of solar power and capable of powering over 350,000 residential customers. Once complete, the 1,650-megawatt solar park will be the largest solar installation in the world, and is expected to avoid 2 million tons of greenhouse gas emissions per year.

India’s power system is among the largest in the world. Yet per capita electricity consumption is less than one-third of the global average. An estimated 300 million people are not connected to the national electrical grid. With a rapidly growing economy the need for reliable power is only going to grow.

The World Bank and the IFC are helping India establish large-scale solar parks and supporting the government of India’s plans to install 100 gigawatts (GW) of solar power out of a total renewable-energy target of 175 GW by 2022.

As recently as 2012, India had no major rooftop solar projects contributing towards this goal. Seeking to achieve its target of installing 500 megawatts of solar PV by 2014, the government of Gujarat province sought advisory support from IFC in designing an innovative public-private partnership (PPP) model to add power generating capacity, develop contractual models for further projects, and demonstrate the viability of rooftop-based solar power. This helped an industry emerge, and today India has 1,650 megawatts (MW) of rooftop solar power. IFC is helping spread the rooftop model with projects in Odisha and other states—attracting $37 million in new private investment and enabling 27,000 people to gain increased access to power.

One of the efforts that the World Bank Group is supporting is the 750 MW Rewa Ultra Mega Solar Ltd. Project, which has brought record low solar prices to India and is expected to attract over $500 million in private investment. The World Bank and the Clean Technology Fund are helping to de-risk and buy down the cost of the solar park infrastructure as part of a $100 million financing package to support solar parks in India.

The 750 MW Rewa Ultra Mega Solar Ltd. project doubled the solar capacity of the state of Madhya Pradesh and is one of the largest single-site solar plants in the world.  The energy generated will help power metropolitan rail transportation in New Delhi. It has achieved record low tariffs for a solar project in India, putting solar costs on par with coal. With support from both the World Bank and IFC, this project is projected to save 1 million tons per year in greenhouse gas emissions, which is equivalent to taking 215,000 cars off the road every year.