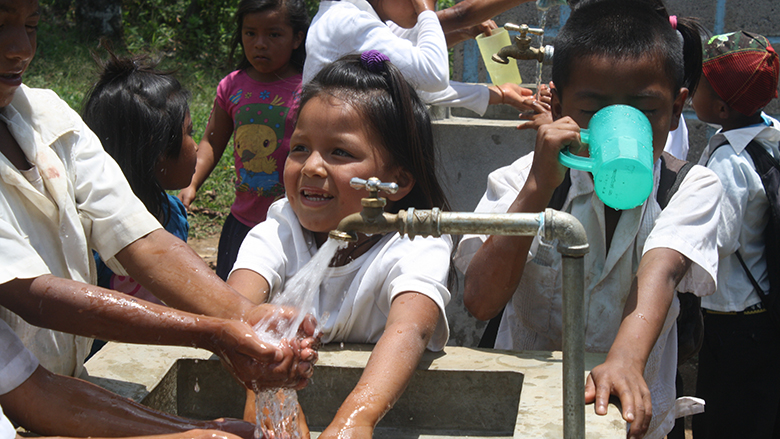 By decentralizing nine water and sanitation utilities, Honduras significantly modernized its water sector, improving water services for approximately 108,000 families and sanitation services for 3,786 families. Municipal providers now supply these services, with visible improvements in the quality of delivery. Most water service providers recover their operating costs, and a few are generating enough income to invest in additional system improvements or to finance significant repairs.

A central issue and concern for the Honduran government was governance of the water supply and sanitation sector (WSS). WSS providers were locked in a vicious cycle marked by weak performance incentives, low willingness among customers to pay cost-recovery tariffs, and insufficient funding for maintenance; these conditions led to asset deterioration and squandered financial resources, which attracted further political interference and exacerbated the downward trend. This spiral began with ineffective central and local policies and lack of transparency. Since water was seen as a politically sensitive issue, local governments found it difficult to effectively balance the conflicting needs for affordability, expanded coverage to poorer communities, and the sector’s need for financial viability. Finally, users had little leverage for holding utilities accountable to meet their needs and preferences.

Servicio Autonomo Nacional de Acueductos y Alcantarillados (SANAA, the National Water and Sewer Service) had historically managed and provided water supply services in approximately 30 urban centers. Under SANAA, water was rationed in most cities—available only twice a week or even less in the summer. The situation was no better in municipalities directly managing their own WSS.

In 2003, Honduras passed the Drinking Water and Sanitation Sector Framework Law mandating  decentralization of SANAA and transfer of its assets to the municipalities by October 2008. This law, referred to as the Ley Marco, required municipalities to set up autonomous service providers.

In 2004, the Honduran government, through a Public-Private Infrastructure Advisory Facility, requested World Bank technical assistance to prepare a Strategic Plan for Modernization of the Water and Sanitation Sector by designing a policy and action plan to support decentralization of local WSS services. The Bank’s global experience in water- and sanitation-sector reform and poverty targeting, as well as its comprehensive analytical work and presence in Honduras, positioned it to assist the government in its efforts to improve and strengthen the WSS institutional framework and related utilities.

The Honduras Water and Sanitation Sector Modernization Project included several complex activities to support new service providers, and its straightforward, phased approach decentralized utilities through tailored, on-the-ground technical assistance. Municipalities’ population size (from 40,000 to 300,000 residents), was the only eligibility requirement for entering the project, minimizing the risk that participants would be selected on a political basis. A stepped approach required municipalities to achieve certain benchmarks before receiving financing and provided specific incentives for utilities to demonstrate better results, thus promoting competition (limited funds were available) and transparency.

Through a combination of technical assistance and infrastructure investments, the project helped implement the sector framework law (Ley Marco) in nine small- to medium-sized cities, leading to the creation and/or consolidation of nine autonomous municipal service providers. The project met the targets of all six Project Development Objective (PDO) indicators, as indicated by National Regulator data. The following results were achieved at the utility level:

·       Eight WSS utilities reached full cost recovery, up from four in 2008. This improved financial sustainability resulted from utilities’ and local authorities’ combined efforts, with the support of project, to gradually increase tariffs, reduce operations costs, and improve commercial management. Improved financial management allowed providers to cover operational and management costs of new investments financed under the same project, which were not originally considered in previous tariff schemes. By the end of the project, two of the providers had become corporations operating under private law, thus enhancing their opportunities for commercial finance.

·       All investments were combined with strategies to optimize water distribution in urban areas.

The project’s comprehensive approach to supporting water and sanitation reform involved many sector actors. The Secretariat of Finance (SEFIN) led the project. Although this was a non-traditional choice for a WSS project, SEFIN had high levels of fiduciary capacity, and, since it was not a direct beneficiary of any project activities, it was well placed to function as an “honest broker” between sector institutions. A high-level ad hoc Inter-Institutional Coordination Group, including representatives from SEFIN, SANAA, the Water and Sanitation National Council, the Honduras Municipalities Association, and the Water and Sanitation National Regulator, monitored project progress and ensured institutional coordination. The Honduran government’s decision to designate SEFIN as the lead implementing agency and to align the project with its Poverty Reduction Strategy signaled its high-level commitment to decentralizing the sector and to the project overall.

Due to improvements made in his city’s aqueduct, Juan Ángel Sandoval, a resident of the Buenos Aires neighborhood in Siguatepeque (one of the 11 municipalities benefiting from the project), now enjoys more than 20 hours daily of drinking water service in his home.

Four years ago, Sandoval said, he received water only three times a week, which was insufficient. “Before it was unpleasant not having enough water in this neighborhood. Now, especially this year, we have more than 20 hours a day of water continuity, and we feel happy because water is vital to live,” he said.

In Siguatepeque, some neighborhoods now receive water continuously 24 hours a day. The continuity of the water supply has improved, although it is still not adequate to satisfy the demands for good service arising from the utility’s 11,500 (and growing) clients.

The project closed in 2016, and the Honduran government and the Bank are exploring a potential follow-up project. The Honduras Water and Sanitation Sector Modernization Project established an effective mechanism for transferring service responsibility from SANAA to mid-size municipalities, and the federal government has committed to decentralizing the 13 WSS systems still managed by SANAA. The follow-up project would build upon the progress made in this project to assist the government in achieving its decentralization goals. Moreover, the follow-up project would support sector institutions—key to the long-term health of the sector and the success of the decentralization effort—in carrying out their roles and responsibilities in line with the WSS Framework Law.