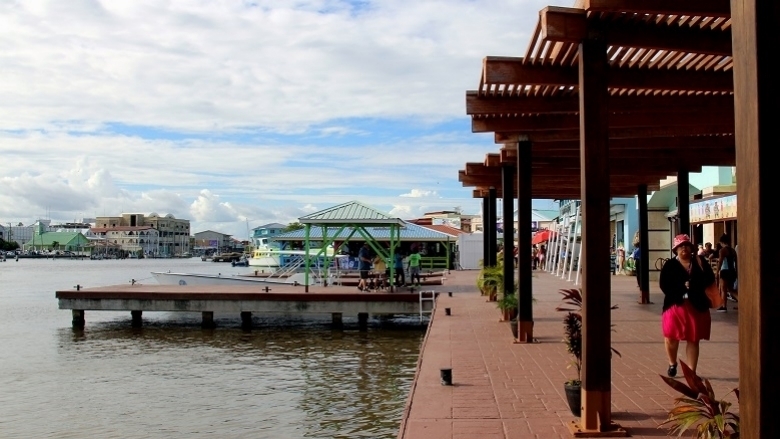 Towns and cities in Belize have enhanced their economic planning and financial management capacity, as well as upgraded key infrastructure. These achievements helped improve governance and directly benefited the 157,233 people living in or accessing services from the municipalities.

Between 2005 and 2010, Belize had the third highest urban population growth rate in the region—3.1 percent per annum—with much of this growth in its towns and cities coming from other Central American countries. Unable to acquire land, many immigrants lived in informal settlements, often in areas at high risk of flooding without proper infrastructure to mitigate such risks. Compounding this, the poverty rate was high and growing. From 2002 to 2009, the national poverty rate increased from 34.1 to 41.3 percent.

During the 1990s Belize started the process of decentralization to empower local councils, but there was little progress until 2009. These councils lacked the capacity to address the increasing socioeconomic, governance, and infrastructure challenges that came with this population growth. To address municipal management, the Belizean government identified the following areas requiring assistance: (i) improving local revenue administration; (ii) enhancing traffic management; (iii) enhancing financial accountability; and (iv) improving urban planning.

Improving municipal infrastructure and management was a high priority for the Belizean government, so the World Bank mobilized a team of experts in urban development, economic growth and disaster risk management to provide support. The Municipal Development Project (MDP) was structured to (i) address bottlenecks in key infrastructure needed to support economic growth and mobility; (ii) modernize and enhance municipal management; (iii) reduce vulnerability to natural disasters; and (iv) improve public-sector transparency and accountability. The MDP was designed to require the municipal councils to complete strategic governance actions before  accessing funds for infrastructure works.

Over its six-year course from 2010 to 2016, the project helped improve municipal governance, strengthen municipal fiscal sustainability and build disaster and climate resilience. Key achievements include:

o   Improved fiscal conditions. The RESP supported significant improvements to the fiscal conditions in municipalities by enhancing the councils’ financial management capacity, resulting in increased revenue collection, operational surpluses, and capital additions. Financial management systems have been computerized, revenue collections are now being enforced in more areas and revenue personnel are on the staff of most of the councils.

o   Improved community engagement. Communities identified the areas for investment and monitored progress through community consultation committees. In addition, the development of the MGPs was robust in its community engagement design. The working groups consisted of technical experts, residents, and public-sector representatives, making it inclusive yet technically sound.

o   Improved asset maintenance. Physical asset maintenance plans and budgets were prepared for the councils, the members of which were provided with a planning tool and training to support them in making informed decisions about infrastructure investments and maintenance works.

o   Improved infrastructure. With the construction of infrastructure works, including drainage works (33.7 km), improved roads (14.85 km), public spaces, and buildings, the project directly improved the lives and livelihoods of 157,233 people.

o   Improved traffic management. Traffic management plans were developed in conjunction with the Caribbean Development Bank’s Road Safety Program. Consequently, significant improvements were made in traffic flows, particularly in the downtown areas of some municipalities.

The Bank, through the International Bank for Reconstruction and Development, provided a loan in the amount of US$15 million to help finance the infrastructure works, technical assistance, and the capacity building activities of this Municipal Development Project.

Resources provided by the MDP were augmented by US$310,000 provided by the councils to support the infrastructure investments, as well as an in-kind contribution in the amount of US$420,000 from the national government. PPIAF resources of US$75,000 were mobilized as well to increase the impact of the RESP by enabling in-depth, hands-on support and training on financial management.

Strong leadership from the Ministry of Economic Development (MED) helped ensure the project’s success, along with the ownership taken by the mayors and municipal councils and the implementation efforts supplied by the Social Investment Fund, led by a Project Implementation Unit. Community engagement and oversight were also crucial to achieving results.

Additional benefits of the improved infrastructure include:

o   Better access to critical public facilities, such as schools, and to commercial areas in some municipalities.

o   Improved physical and sanitary environments in some municipal markets.

o   Provision of additional and improved recreational facilities for all ages, contributing to strengthened family and community bonds.

“The BMDP Project has been a tremendous boon to our city in terms of improving local economic development. It has improved the infrastructure in several key commercial zones of the city, namely Nim Li Punit Street and the bus terminal/market area in particular. It has greatly increased ease of movement around the city, opening a new conduit onto one of our major thoroughfares, Constitution Drive.” —Khalid Belisle, Mayor of Belmopan

Many councils have expressed interest in building on the achievements of the MDP and further enhancing institutional capacity by focusing on the following areas:

o   Transparency and Accountability. The project has been instrumental in strengthening the capacity of the councils, particularly around financial management. Councils plan to continue training new staff to ensure that financial transparency is sustained.

o   MGPs. Councils plan to use the MGPs to inform new urban development and enhance opportunities for economic growth.

o   Asset Management and Maintenance. Councils plan to continue maintaining their assets through interventions described in the asset management plans.

The project has directly improved the lives and livelihoods of 157,233 people.