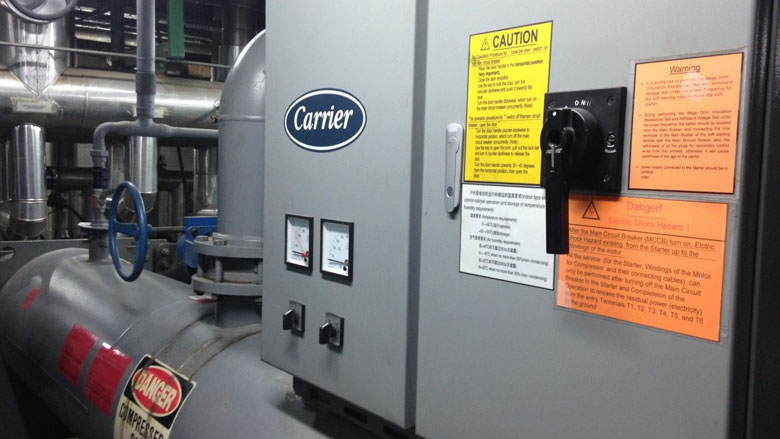 World Bank
In 1997–2014, the IBRD supported Argentina to reduce ozone depletion and comply with its international chlorofluorocarbons (CFCs) and halon phase-out obligations. 27 private enterprises and two public agencies benefitted of funding by the Multilateral Fund for the Implementation of the Montreal Protocol on Substances that Deplete the Ozone Layer (MLF, MP) to introduce appropriate knowledge, technology, and equipment.

Since early 90’s, Argentina has been a committed MP proponent as it was the country to see the highest ozone depletion of any inhabited area of the world in its territory close to the Antarctic. The first MP obligations for developing countries kicked-in in 1999 with a freeze on average 1995–1997 consumption levels of ozone depleting substances (ODS). For Argentina, the ODS to be targeted under the MP’s phased compliance period was primarily CFCs used widely in refrigeration, air-conditioning, aerosol, metered dose inhalers (MDIs), solvents and foam applications, as well as methyl chloroform used as a solvent. Halon, a fire extinguishing agent, was consumed in smaller quantities but was important due to its high ozone depleting potential (ODP). Out of the various industrial sectors using ODS in Argentina, durable goods manufacturing with CFC as a refrigerant or foam blowing agent was considered the most economically and socially significant.

As one of the MLF Implementing Agencies since 1991, the Bank prepared and supported the project under a flexible “umbrella project” concept to absorb new subprojects in line with time-bound country and MP priorities. The Bank was proactive in developing an MLF subproject pipeline in priority sectors and adequately mobilized required technical expertise. It anticipated the need for a functional institutional framework beyond the project needs to ensure enabling regulations and policy were put into place to foster sustainable outcomes. The early 2000 economic crisis forced cancellation of many of the initial subprojects and the Bank responded by a strong drive to develop new subprojects in close collaboration with the key Government agencies. The Bank also provided the Government policy support on implementing regulations on controlling halon and CFC production. In 2011, the Bank engaged with the Government to ensure adequate transition arrangements from CFC to hydrochloroflurocarbon (HCFC) phase-out.

The project impact on ozone layer protection, measured by tons of eliminated ozone depleting potential (ODP), was 3,944; more than three times the upper value of the initial target range. This achievement was due to addition of a subproject eliminating halon in 1998 and a CFC production sector subproject in 2004. By January 1, 2010, Argentina had successfully eliminated 5,052 ODP tons of its baseline consumption of CFCs, halons and carbon tetrachloride (CTC) through MLF support and regulation.

The original MLF funding for this umbrella operation through the Bank Ozone Projects Trust Fund was US$ 25 million. Funding ceiling was increased in 2008 to US$ 28.91 million mostly to permit acceleration of the CFC production phase-out, start a new subproject to convert CFC-based MDIs, and to top up the project management fees by the MoI. In 2010, the ceiling increased to US$ 31.22 million and the project got extended to December 30, 2014 to include the full MDI subproject and to give it sufficient time for research and development, testing and approval from the public health authority.

The project had its underpinnings in the first Argentine strategy and action plan for MP implementation, the 1994 Country Program developed with support by the Bank and the United Nations Industrial Development Organization (UNIDO). The project coordination unit UEPRO was established in 1997 in the now Ministry of Industry. Together with Foreign Affairs, the MoI forms a part of the tripartite OPROZ, the National Ozone Unit in charge of MP implementation, hosted by the Secretariat of Environment and Sustainable Development. The project contributed also to the National CFC Phase-out Plan approved in 2004 with UNIDO as the Lead Agency.

The institutional framework for MP implementation in Argentina has evolved into a well-established, mature system with OPROZ. Based on the 1991 National Chemical Compounds Law, OPROZ leads regulatory change for MP compliance and tackling HCFCs, the major group of ODS currently targeted for phase-out. As in other countries where the Bank supported CFC phase-out, it contributed to preparing the Argentine Stage I HCFC Phase-out Management Plan, approved by the MLF in 2012. The UEPRO was maintained to manage subprojects in the foam sector and to monitor HCFC-22 production under a follow-on US$1.9 million Bank project (P129397), effective since early 2015.

The project’s beneficiary enterprises and public agencies strengthened their competitiveness benefitting from augmentation of technical knowhow and capacity and technology transfer. The development of homegrown and innovative technology for propellant in MDIs was not foreseen as ODS conversions usually involve commercially available alternative technologies. Alejandro Pastorino, Production Manager of Laboratorios Pablo Cassará: “It was a taught process to come up with new MDI formulations. We were successful, but many lacked faith in the effort due to the scientific expertise and experience needed. Without the Bank support this innovation might have proved impossible and the MoI provided us satisfactory support throughout.”