Until recently, women in Burundi's Batwa community didn't give birth in health facilities, but at home, where they died of complications too often. But women like Denise Ntakirutimana now benefit from a program that pays health facilities for delivery of quality maternal and child health services.

World Bank Group
The World Bank is championing a results-based financing approach that links incentives in the health sector with set goals. These efforts are supporting initiatives in immunization, contraception, antenatal care, skilled attendance at birth, postnatal care, and growth monitoring. Results-based financing projects are improving health outcomes for the poor and saving lives in countries such as Afghanistan, Argentina, Burundi, Mexico, Rwanda, and Zimbabwe.

The MDGs for maternal and child health call on countries to reduce maternal mortality by three-quarters and child under-five mortality by two-thirds between 1990 and 2015. But most developing countries, especially those in Africa, will not achieve these MDGs unless progress is greatly accelerated. To address this challenge, governments and development partners—including more than 40 low- and middle-income countries—are looking to results-based financing to increase the impact of investments in health. By explicitly linking incentives and results, this approach holds considerable promise for increasing health service use and improving service quality, efficiency, and equity. The aim is to focus on health results, such as the number of women receiving early antenatal care, and delivering their babies in health facilities, rather than inputs; for example, the construction of health centers and staff training. This helps tightly link budgets and financing to results. A key objective of the Bank’s 2007 Strategy for Health, Nutrition, and Population Results is to increasingly use results-based financing to ensure closer integration of lending and results. 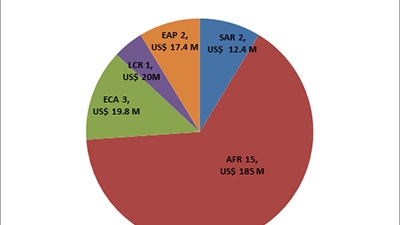 In addition, the Bank continues to support results-based financing operations in middle-income countries through the International Bank for Reconstruction and Development (IBRD).

The HRITF also provides knowledge and learning grants to 25 countries to gather and disseminate global learning about results-based financing. It is also building an evidence base for health through its support of rigorous, prospective impact evaluations on the causal effects, costs, and operational feasibility of results-based financing. Impact evaluations (currently underway in 28 countries) will contribute to local evidence-based policy decision-making, while cross-country meta-analysis will contribute to global knowledge.

In Afghanistan, the government reduced the death rate of children and infants from 257 and 165 to 97 and 77 per 1,000 live births, respectively, between 2002 and 2010. In the absence of effective government delivery of health services after the war, the government contracted out health services to non-governmental organizations (NGOs) in 2002. Performance-based contracting ensured that NGOs were free to decide how to use resources innovatively to reach intended results. Performance on quality of care of all contracted health facilities, as measured through a comprehensive balanced scorecard, increased by 32 percent from 2004 to 2007.

In Burundi, the national-level performance-based financing program is improving maternal and child health through financial incentives to facilities to deliver more key services, with additional incentives for a quality scoring. Substantial improvements have been observed with most indicators covered by the national RBF program since it began in April 2010. These include the following changes: births at health facilities up by 25 percent, prenatal consultations up by 20.4 percent, children fully vaccinated up by 10.2 percent, curative care consultations for pregnant women up by 34.5 percent, and family planning obtained via health facilities up by 26.9 percent.

In Mexico, eligible poor families are benefiting from conditional cash transfers or vouchers, through the Oportunidades national program. After a decade, results in health include increased health visits (by 35 percent in rural areas and 26 percent in urban areas); decreased maternal and infant mortality (by 11 percent and 2 percent, respectively); increased growth by children under age 2; reduced anemia for children under age 2 (by 12.8 percentage points); higher levels of adequate nutritional intake of iron, zinc, and vitamins A and C (more than 90 percent of beneficiary children); and reduced sick days among rural children under age 5 (by 20 percent).

In Zimbabwe, the program’s goal is to increase coverage of maternal and neonatal health interventions in targeted districts by 2012. Initial results from operational data analysis show improvements in a number of performance indicators. The number of outpatient consultations in the two front- runner districts increased by roughly 3 percent from July 2011 to August 2012. During the same period, the number of women accessing modern family planning methods increased by 80 percent. 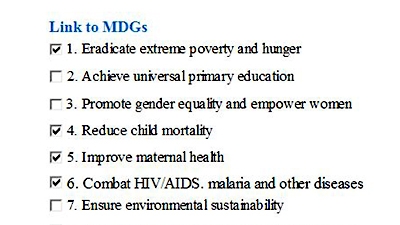 The World Bank has committed to increasing the scope of its results-based financing programs by more than US$600 million focused on 35 countries, particularly in East Asia, South Asia, and Sub-Saharan Africa.

The HRITF is funded by the governments of the United Kingdom and Norway, which have committed US$550 million to the trust fund through 2022. Other partners are recognizing the impact of HRITF-supported programs and are pooling additional resources for results-based financing:

This highlights how different donors might pay for particular services to support results-based financing in different countries.

The Bank continues to focus on results-based health lending and is using the resources of the HRITF to leverage additional IDA resources. At the same time, the International Bank for Reconstruction and Development is continuing its backing for results-based financing in middle-income countries.

" With performance-based financing, we are independent. We apply customer care to patients. "

Head of the Kigarama Health Center in Burundi

“With performance-based financing, we are independent,” said Benigne Nkunzimana, head of the Kigarama health center in Burundi, which has 12 nurses and nine supporting staff. “We apply customer care to patients.” The health center serves about 34,850 people in seven communities, or “hills,” in Ngozi province. “I am very satisfied,” said Jacqueline Mbonihankuye, whose 29-month-old son, Lewis Niyonkuru, was treated for a respiratory infection by two nurses at the clinic in August 2012. “I am welcomed. They listen to me. They always give me enough medicine. I see the result of their effort when the child is cured.”

RBF has become widely known among people living in rural areas across Zimbabwe. It’s remarkable how, in such a challenging setting, this approach has quickly contributed to better health services. “The eight days I stayed at the hospital, I just focused on my child to get well,” said Gohori, holding six-month-old Tinashe on her lap during an interview in August 2012. “I know somebody was going to be there paying for me, RBF.”

A Shot in the Arm for Kenya's Healthcare

20%
In Argentina, infant mortality began to decline and has fallen 20 percent since 2002, particularly in the poorest provinces.