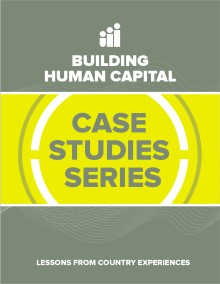 Learning from experience is one of the best ways to generate ideas and share good practice. The Human Capital Project is supporting a variety of case studies that examine the policies, programs and practices that governments have used to achieve their human capital goals and on identifying lessons for other countries. The intended audience is government decisionmakers. Published documents & lessons will be posted here as they become available. The Human Capital Project is grateful to the SDG Fund for its support of the case studies on Ghana, Morocco, Philippines and Singapore. 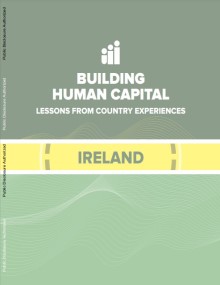 Ireland has experienced profound economic, social, technological, occupational, cultural, and demographic changes over the past 60 years. It emerged from the most recent economic crisis stronger than ever and remains committed to its vision of a nation of people armed with the relevant knowledge, entrepreneurial agility, and analytical skills to support economic and social prosperity and to enhance the well-being of the country. Education has been a central component of Ireland’s human capital development. A firm and shared belief in the latent value of human capital, particularly in a small island economy, has been the foundation for a range of social and economic strategies designed to ensure that Ireland’s people would be appropriately educated and trained to meet the growing demands arising from economic expansion and success. Ireland’s journey towards prosperity has not been without challenges, and some of these are acknowledged in this case study. 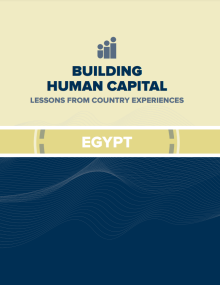 Government-led economic reform programs have been an important vehicle to improve the lives of Egyptian citizens. This case study describes one of these programs, which reduced energy subsidies to enable the government to channel more investment into the human capital sectors, health, education, and social protection. This program not only provided a reliable source of funding to build Egypt’s human capital but also supported longer-term economic stability. In its continued efforts to build human capital, the Government of Egypt must consider the challenges that the country is facing, especially its high fertility level and inequalities in access to services of decent quality. Therefore, this study includes an action plan to help the Egyptian government to continue making productive investments in human capital and to reach the inclusive development goals articulated in its 2030 Vision. (Read the Global Delivery Initiative brief on Egypt) 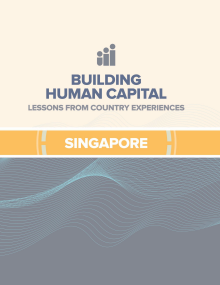 Singapore has demonstrated that investing in human capital can have a high payoff and that nothing is impossible. Its example should inspire others to redouble their own efforts, not to replicate the model in its entirety necessarily but to take full advantage of the various lessons that can be learned from the arc of its successful development strategy. Many elements of Singapore model are today considered conventional wisdom. While many developing countries have attempted to pursue similar strategies, few have fully succeeded in achieving similar results. This case study examines the policies, programs and processes Singapore has pursued from 1960 to the present to pull ahead of other economies. (Read the Global Delivery Initiative brief on Singapore) 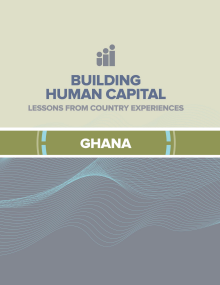 Ghana has made deliberate efforts to invest in health and education in the last 60 years, which has resulted in substantial gains in both economic growth and human capital outcomes. This case study examines the recent human capital developments in Ghana in the context of the World Bank’s Human Capital Index, launched in 2018.  First, it identifies the two components that have been key drivers of the Ghana’s improving HCI scores in recent years, namely childhood stunting and enrollment rates. The study then goes on to identify the specific policies and programs in Ghana that are probable contributors to the favorable developments in childhood stunting and enrollment rates with the aim of enabling policymakers in other countries to learn from what worked and what did not work in Ghana as they embark on their own national journeys to build human capital. (Read the Global Delivery Initiative brief on Ghana) 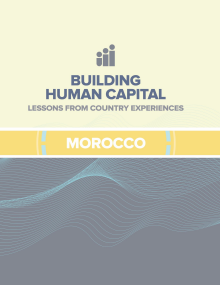 This case study examines the policies, programs and processes undertaken in Morocco to improve its human capital outcomes since the 1990s. Sustained political commitment to education as a national priority across successive governments meant that while the net enrollment rate in primary school was 52.4 percent in 1990, by 2013 it has risen to over 98 percent. Not only are boys and girls enrolled at similar rates, rural areas were able to catch up to urban areas. Since 2000, investments in education have been large and sustained, between 5 and 6 percent of GDP. While still under implementation, the current strategic vision 2015-2030 seeks to provide equity and quality for all, particularly those from rural and less developed regions in Morocco. (Read the Global Delivery Initiative brief on Morocco) 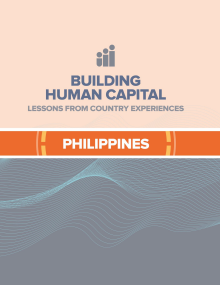 Human capital is the Philippines’ most important resource. Two examples of its benefit to the country: remittances from skilled and semi-skilled workers who work abroad amount to about 10 percent of its GDP, and it is one of the top destinations for foreign enterprises seeking educated workers for outsourcing their business processes. However, the Philippines has been losing its human capital edge over the past decades, with critical gaps in access to social services and in the quality of those services. In 2018, its rating on the Human Capital Index, a composite measure based on survival rates, the quantity and quality of schooling, and health status, was 0.55, putting it just ahead of Indonesia but well below Malaysia, Thailand, and Vietnam. (Read the Global Delivery Initiative brief on Philippines) 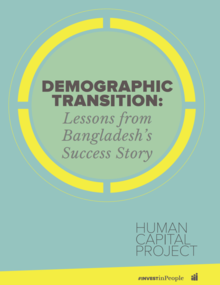 Lower Total Fertility Rate (TFR) increases how much households invest per child and thereby improve human capital outcomes. It also increases per capita public investment on human capital through its effect on the demographic dividend.  Bangladesh has been a star performer on fertility reduction, reducing its TFR from 6.7 children per woman in 1960 to 2.1 children per woman in 2017. By comparison, Sub-Saharan African countries reduced TFR by as little as 2 births per woman, on average, between 1970 and 2016 (World Bank, 2019). Many countries could learn from Bangladesh's experience, in particular its ability to bring about fertility declines while grappling with serious economic and social issues (e.g. 1975-1990). This brief case study documents how Bangladesh achieved such a rapid fertility decline despite economic constraints. (Read the Global Delivery Initiative brief on Bangladesh) 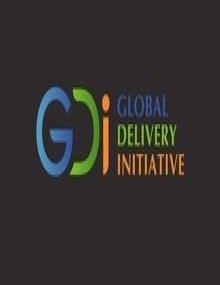 The Global Delivery Initiative (GDI) is a partnership of over 50 development organizations focused on collecting and sharing operational knowledge, insights, and lessons to better understand what works - and what doesn't in implementation. Reviewers from the GDI have compiled a set of 30--and growing--country cases that reflect different aspects of building, protecting, and employing human capital.