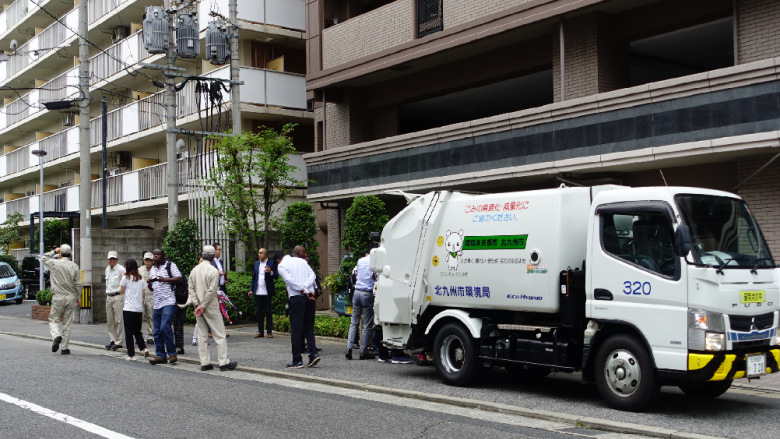 Kitakyushu City's history as the city of steel started when the nation's first modern blast furnace began operation in 1901.  Since then, for over a century, Kitakyushu has supported the Japanese economy as a hub for manufacturing.

Kitakyushu implemented pollution measures ahead of other municipalities in order to deal with serious pollution in the city. The community partnerships that were cultivated over the process of dealing with pollution continue to this day in city development and regional environmental improvement activities.

As a result of the partnerships between the city’s residents, businesses, research institutions, and local government working together on pollution measures, Kitakyushu’s environment has improved significantly. Today, Kitakyushu is promoting international cooperation in the environmental field by dispatching experts, mostly throughout Asia, to developing countries where pollution has become a serious social issue.

Kitakyushu has received a high level of international recognition due to its successful efforts to overcome environmental problems while at the same time supporting economic growth.  In 2011, the OECD selected Kitakyushu, a modern industrial city pursuing green growth, as the first "Green Growth City" in Asia to be assessed under its Green Growth Cities Program together with Paris, Chicago, and Stockholm.

In 2018, City of Kitakyushu was evaluated as an "SDGs Future City" by the national government, and an "SDGs Pilot Model City" by OECD. City of Kitakyushu will take the initiative and act to achieve SDGs, as well as contributing to sustainable development in cities around the world by sharing its experience & technologies.