Mauritania lies in the western region of Africa, bordering the North Atlantic Ocean. The country forms a geographic and cultural bridge between the Sahel region and the North African Maghrib. Approximately three-quarters of the country is desert or semidesert with vast expanses of pastoral land and only 0.5% of arable land. The population is approximately 4.6 million, and a density of four inhabitants per square kilometer makes it one of the least densely populated countries in the world. More than half of Mauritanians live in urban areas. Its economy is based primarily on agriculture, livestock, and fishing.

Compared to much of the Sahel, Mauritania suffers from lower poverty levels. However, significant gaps in human capital endowment hinder economic growth and contribute to chronic poverty. Poverty dropped from 10.9% in 2008 to 6.0% in 2014. This progress, however, masks disparities in living standards. Many Mauritanians face limited access to services, such as education and infrastructure, which limits human capital accumulation and access to job opportunities (Mauritania ranks among the 20 lowest ranked countries in terms of the World Bank’s Human Capital Index). In addition, limited access to services such as hospital care undermines productivity and resilience and reduces the ability of households to absorb adverse shocks. This is a growing concern in the face of climate change.

Mauritania is highly vulnerable to climate fluctuations, and economic shocks.The country food’s consumption is very dependent on import, making the country vulnerable to variation of world and regional food markets. The national food and livestock production is strongly impacted by climatic fluctuations, and experiences severe fluctuations (such as in 2012 when domestic food production dropped by 75%) As a result of this – and of persisting poverty and inequalities - large portions of the population are still experiencing food and nutrition insecurity, reaching very high levels during lean seasons. Food security and nutrition data, suggest that around 25% of the population is food insecure and the malnutrition rate often hover around emergency thresholds.

Mauritania hosts over 60,000 refugees, exacerbating an already precarious food security situation – that worsened with the onset of COVID-19. Moreover, the pandemic severely impacted the economy, leading to a contraction of 1.5% in 2020.

The SASPP activities are anchored in the recent Social Safety Net System Project II, which seeks to increase the effectiveness and efficiency of the nationwide adaptive safety net system and to increase coverage. The project was approved by the World Bank Board in April 2020 and will allow for continuation and expansion of the ASP agenda. It builds on the Mauritania’s first social safety net system project (launched in 2015) and the focus is: updating the Social Registry which provides an effective and transparent mechanism to target poor and vulnerable households; increasing the coverage of the national social transfer program “Tekavoul”; and rolling out a shock-responsive social safety net program “Elmaouna” to reach food-insecure households during the lean season.

The approved budget for the project is $72 million, including as a $7 million contribution from the SASPP MDTF. Through “Tekavoul,” 100,000 beneficiary households have been reached. 55,000 of these were financed by the government, and the remainder IDA financed. The first safety net system project officially closed on October 31, 2020. At that point it had reached 34,000 households through its regular cash transfers.

Mauritania’s social registry was strengthened and learning on using social registries for shock responses facilitated. The social registry was expanded with an additional 35,600 households – and a new total of 174,000 households. The registry’s targeting methodology was also revised to account for specificities pertaining to urban dimensions. By the end of 2019, the government and ten humanitarian partners were using the registry. In addition, in December 2019, the government and the World Bank convened a workshop to discuss lessons learned from partners on developing and using the social registry for shock response.

The shock-responsive safety net program “Elmaouna” reached 3,800 households. In June 2019, the third shock-response cash transfer was launched, implemented by the Food Security Office, reaching 3,800 households. This response continued until September 2019, providing support to the same beneficiaries. The program builds on the existing social registry, as well as the Tekavoul payment platform. Moreover, coordination was strengthened through several consultation workshops with humanitarian actors (the WFP, NGOs) in order to harmonize modalities and areas of intervention

Article
Investing in Early Childhood to Break the Poverty Cycle: The case of Mauritania

Case study
Promoting Productive Inclusion and Resilience among the Poor: Multi-country RCT of the Sahel Adaptive Social Protection Program I 2019 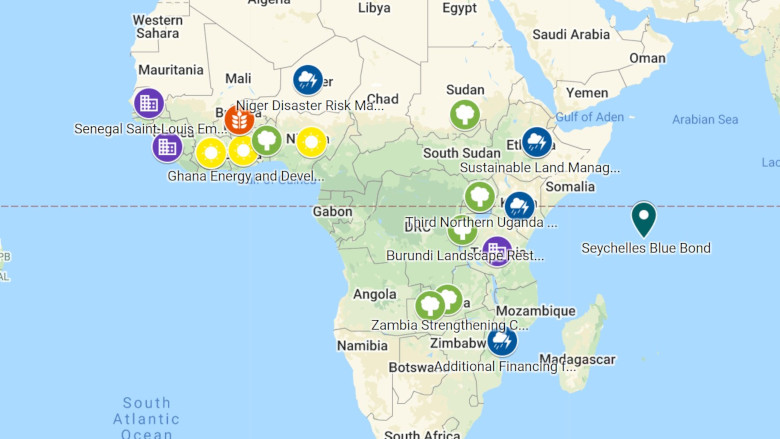