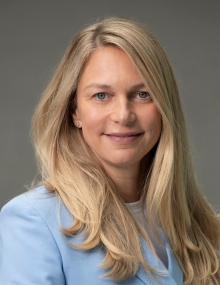 Orsolya Székely was appointed Secretary of the World Bank Accountability Mechanism on May 3, 2021, and began work on July 20, 2021.

A lawyer and senior conflict-resolution professional, Ms. Székely brings to the job in-depth knowledge of environmental and social issues, and wide-ranging experience in international development. A Hungarian national, Ms. Székely has more than 20 years’ experience working with a broad range of multilateral organizations and the private sector. Immediately before joining the World Bank Accountability Mechanism, she served as the Senior Advisor and Coordinator in the Executive Office of the Secretary General, with responsibility for enhancing good governance, at the Organization for Security and Co-operation in Europe.

Ms. Székely had previously worked as senior advisor with communities and high-level stakeholders in India, Myanmar, China, Kyrgyzstan and Afghanistan, and on projects in Bangladesh and Nepal. She also worked on women’s empowerment and women’s participation in peace processes. Prior to these assignments, she was Head of Operations at the Council of Europe Office in Bosnia and Herzegovina and served as Special Representative of the Secretary General of the Council of Europe in Kosovo. In her managerial roles at the Council of Europe Office in Pristina, she was instrumental in establishing the accountability mechanisms in the United Nations and European Union Missions in Kosovo and facilitated the transition of the Ombudsperson Institution from internationally led to locally led. Prior to joining the Directorate of Political Affairs and Democracy of the Council of Europe, Ms. Székely was a case lawyer at the European Court of Human Rights.