Fulfilling the Potential of Human Capital 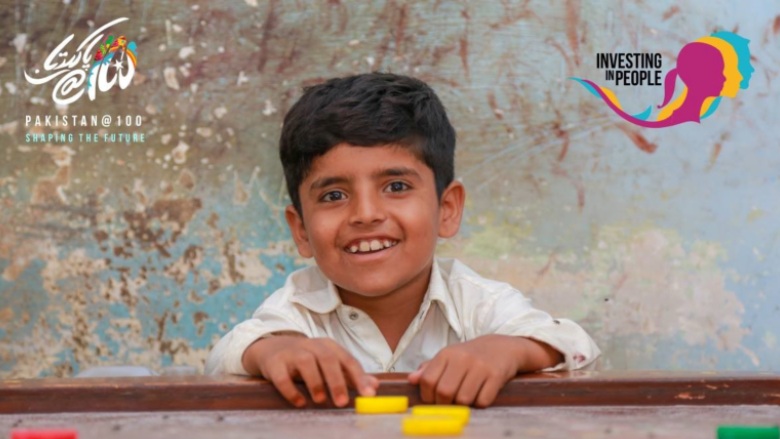 I am thrilled to be back in Pakistan. It is a country very dear to my heart.

As Vice President for Human Development, one of my jobs is persuading governments to invest in human capital. I am happy to congratulate Prime Minister Imran Khan and his Government for ensuring that investing in the people of Pakistan is the Government’s top priority.

This commitment was reinforced by Minister Asad Umar at the World Bank Group Annual Meetings last fall in Bali, where he highlighted the Government’s focus on reducing stunting, increasing female labor force participation, ensuring better quality of education and health services for all, and providing support for the poorest and most vulnerable.

We have long known that investing in people is the right thing to do. We now have irrefutable evidence that it is also the smart thing to do. No country—and that includes Pakistan— prospers without first investing in its people. This is even more important than investing in infrastructure development. We know that in developed countries, human capital makes up 70% of their wealth, whereas it makes up only 40% of developing countries’ wealth.

Indeed, investing in nutrition, health care, education, jobs and skills—and ensuring that all Pakistanis are equipped to thrive in the 21st century— is the best investment your government can make. I am very glad to see that the human capital agenda is the main theme of the discourse of “Pakistan@100: Shaping the Future”.

Human capital is central to the World Bank mission of ending extreme poverty and boosting shared prosperity. To this end, we launched the Human Capital Project, a new, global effort to accelerate more and better investments in people. One part of the project is a Human Capital Index, a summary measure of the amount of human capital that a child born today can expect to attain by age 18, given the risks of poor health and education in the country where he or she lives.

The Index highlights, in quantifiable terms, the very real costs associated with poor outcomes in health and education. It shows that a child born today in Pakistan will only be 40% as productive by the age of 18 as he or she would have been had they been equipped with full health and education. And this is an average, which leaves us to imagine how little of their potential children from poorer households or other vulnerable groups can expect to achieve.

The Index has been a powerful call for action. We’re now working with more than 56 countries, including Pakistan, on ways to boost their human capital investments. Our teams work closely with governments as well as all other relevant stakeholders at the country level.

First, we are providing financial and technical assistance for the country’s initiatives-- population welfare, nutrition, education, skills, social protection and jobs. Many of the issues are interrelated, so should be the solutions. In supporting these areas, important priorities go to: investing in early years and promoting equity.

Second, we are working to strengthen the infrastructure and systems that will enable the country to invest in human capital and monitor progress.

And third, we are working to bring innovative solutions to help mobilize more resources for human capital investments.

The opportunity to leverage Pakistan’s human capital into accelerated economic growth is vast. So what will it take to move Pakistan forward?

As Pakistan has stabilized over the past decade, there is now a real opportunity for policy-makers to focus on longer-term development of its people.

Moving forward will also require close attention to Pakistan’s demographics. We know that countries that achieved the so-called demographic dividend are the countries that were able to bring population growth down at the same time they improve human capital. Many East Asian countries are examples of this.

However, the work ahead won’t be easy. It would require changes at all levels -- the government’s priorities, the way schools operate, and how teachers teach, the attitude of communities towards women’s empowerment, and the behavior of families in caring for children and encouraging education for both boys and girls equally. The government’s decisions and actions today will have significant impacts in these areas and will determine the country’s future.

We know that rapid progress is possible. We’ve seen it in other countries—and are optimistic that Pakistan will make similar strides in the decade ahead. It will require more resources and a real commitment to scale up Pakistan’s many successes.

I look forward to discussing more concrete and innovative action plans during the summit, and also continuing to work together on this important and very urgent agenda. I am optimistic about the success and opportunity that await us. Thank you.