Thank you for the opportunity to speak on the role of the Central Bank of Bosnia and Herzegovina over the last 20 years. This event marks a special occasion, and I am happy to see Mr. Nicholl here today as one of the panelists, together with his two successors, Mr. Kozaric and Governor Softic, as well as my colleague Nadeem Ilahi from the IMF. 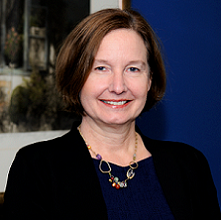 A forthcoming book by the World Bank, “Two Decades of Peace and Transition” examines progress achieved in addressing the main economic challenges at the time of the Dayton Agreement. At that time, Bosnia and Herzegovina had to confront three major economic challenges: (1) implementing a post-conflict reconstruction program, (2) developing new governance structures and institutions for economic management, including the Central Bank, and (3) managing the transition to a market economy. These challenges were of immense proportions. History shows that it is very difficult to rebuild after a prolonged war.

The war caused significant damage: two-thirds of homes were damaged, 70 percent of schools were destroyed, and power generation had been cut by half. The short-term priority was the reconstruction of physical assets. This process was quite successful and was supported not only by external financing and assistance, but also by the strong commitment of the people and the authorities of Bosnia and Herzegovina.

In order to turn reconstruction into economic recovery, it was necessary to build effective institutions for economic management. It is in this context that the Central Bank was established as an independent institution.

The Dayton Agreement assigned a key policy function to the State level, that is, to keep prices stable. The Agreement had an explicit article that made the Central Bank the sole authority for issuing currency and conducting monetary policy throughout Bosnia and Herzegovina. It specified that monetary policy would be defined by a Currency Board to ensure that the Central Bank would not be used for political reasons, particularly considering the pressures of an economy that was emerging from conflict. The result was a gradual increase of confidence in the domestic currency.

The establishment of an independent Central Bank was essential in managing the transition to a market economy.

A stable currency allowed Bosnia and Herzegovina to attract investors and avoid inflation, thereby supporting the development of the private sector. Close coordination and cooperation between the Central Bank and the Entities, which supervise banks, also contributed to the transition to a market economy. In particular, the regulatory frameworks that were put in place and the creation of institutions like the Banking Supervision Coordinating Committee, helped to simultaneously create a functioning banking system and attract foreign-owned banks.

Building from the lessons of the past 20 years, it is important that Bosnia and Herzegovina continues strengthening its economic institutions to reinvigorate growth in an inclusive manner. This will require a shift to a more sustainable growth model that relies more on exports and private investment, delivers quality public services, and ensures macroeconomic sustainability.

We at the World Bank will continue to support the authorities in their efforts to improve the effectiveness of economic institutions. In this regard, we value the Central Bank’s commitment and efforts in strengthening its payment systems, as well as the coordinating role it plays with financial sector regulatory and supervisory agencies.

I am proud to say that we are looking back at years of continuous fruitful collaboration between the Central Bank and the World Bank. For instance, our current collaboration includes the 2014 WB/IMF Financial Sector Assessment Program, and our joint efforts to strengthen the legal and regulatory frameworks for payment systems and remittances. While there is still room for improvement, significant progress has been made in improving financial sector supervision and building capacity.

With continued risks in the external economic outlook, it is essential for Bosnia and Herzegovina to remain firmly committed to maintaining macroeconomic stability and advancing structural reforms. We will continue working with the Central Bank in supporting its objectives of: clear accountability, independence, and prudent decision making. These objectives are not only important for ensuring a well-managed monetary system, but also for enhancing economic integration with regional and global markets, and support faster economic growth and job creation.