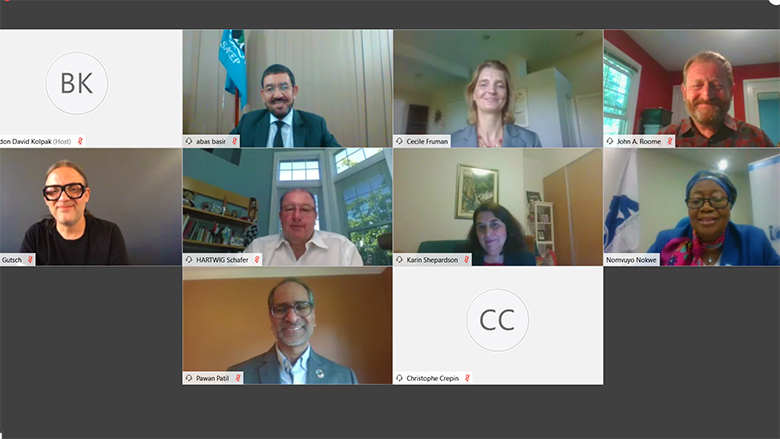 The Plastic free Rivers and Seas for South Asia project will help coordinate action and facilitate the region’s transition to a circular plastic economy by encouraging investments and greater collaboration between the public and private sectors and across countries. Since many of South Asia’s rivers and seas span across national boundaries, a regional approach is necessary to address plastic pollution that leaches into waterways and ends up into the ocean.

“South Asian countries can grow back stronger after the coronavirus fallout by charting a recovery path where conserving the environment, especially ocean life, is front and center,” said Hartwig Schafer. “By turning the tide on marine litter and plastic pollution, South Asia will improve the health outcomes and food security of its people and secure a more sustainable habitat for future generations.”

Plastic waste that pollutes the land flows into rivers and ends up in oceans threatens development and has far-reaching economic, ecological, and health impacts.  South Asia is the third-largest contributor to global plastic waste, and unless action is taken, the region’s waste is estimated to double by 2050.

“In 2015, we presented the Parley AIR strategy to end marine plastic pollution at the United Nations in New York; What began as a vision, was transformed in partnership with the Government of Maldives and Adidas into a visible proof of concept,” said Cyrill Gutsch. “From today, in partnership with the World Bank and SACEP, we look forward to supporting scalable end-to-end solutions that will avoid, intercept and redesign plastic and drive a Material Revolution for the oceans.”

The project pioneers a partnership between the World Bank, Parley for the Oceans, and SACEP, a member-based regional organization mandated to address environmental issues, including marine plastic pollution. SACEP comprises all eight South Asian countries: Afghanistan, Bangladesh, Bhutan, India, Maldives, Nepal, Pakistan, and Sri Lanka. The project will support SACEP and its member-states drive innovation to reduce plastic pollution toward cleaner rivers, coasts, and seas across the region.

“This innovative partnership will foster greater collaboration among our eight South Asian member states to tackle the persistent plastic pollution problem in the region’s rivers and seas,” said Abas Basir. “On behalf of SACEP member-states, we appreciate the support of the World Bank and Parley for the Oceans in ramping up action to help solve this regional problem.”

The $50 million regional project includes a $37 million grant from the International Development Association, the World Bank concessional fund, and $13 million parallel financing from Parley for the Oceans. It also received support from the South Asia Water Initiative, a trust fund supported by the United Kingdom’s Department for International Development, Australia’s Department of Foreign Affairs, and Norway.

Parley for the Oceans