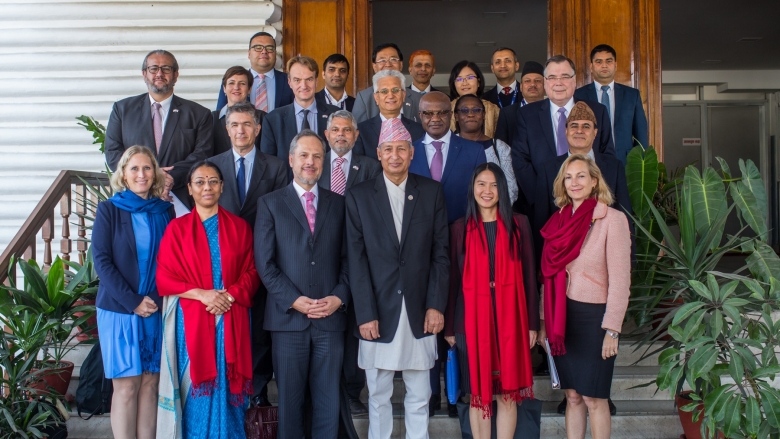 KATHMANDU, NOVEMBER 1, 2019 — An eleven-member delegation[1] of the World Bank Group Executive Directors (EDs) visited Nepal from October 29 to November 2, to gain a comprehensive perspective of Nepal’s current development status and future opportunities. The visit marked the 50th year of World Bank Group-Nepal engagement, with the first World Bank credit in Nepal approved by the Board on November 4, 1969. The trip was part of a larger visit to the South Asia Region that will also include stops in Bangladesh and Maldives.

During their visit, the EDs met with representatives from federal and local government, the private sector, development partners and civil society. Discussions centered around Nepal’s transition to federalism, the need to invest in the country’s human capital, crowding in the private sector for diversified investment, pace of reconstruction after the earthquakes in 2015, and the creation of employment, specially for Nepal’s youth.

“Nepal has made progress in the reduction of poverty and its stable government signals a smooth transition to the federal structure,” said Jorge Chavez Presa, Spokesperson of the Delegation and the Executive Director for Costa Rica, El Salvador, Guatemala, Honduras, Mexico, Nicaragua, Spain and Republica Bolivariana de Venezuals. “However, to ensure better and more sustained growth, it needs rapid strengthening of institutions and systems. The World Bank Group is committed to help the Government of Nepal achieve its ambitious government goals.”

The EDs’ conversations with Hon. Finance Minister of Nepal, Dr. Yuba Raj Khatiwada focused on leveraging World Bank Group-wide support for the federalism agenda, maximizing finance for development, and investing in the human capital of Nepal. 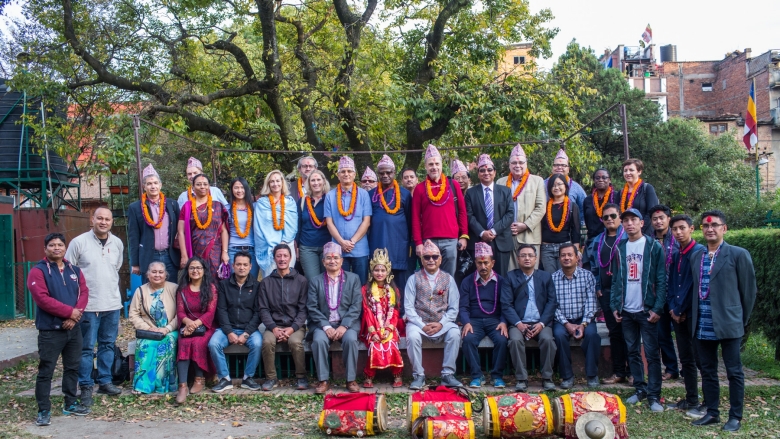 Executive Directors during their visit to the historical city of Patan.

The EDs also visited Incessant Rain Animation Studios, a Nepali studio that is exporting digital products to global cinema and gaming industry. They were able to observe firsthand the retaining of young talent in the country, while better understanding disruptive technology in action in the country. This also paved way to a conversation about the business and investment climate in Nepal.

To further understand the investment scenario, the executive directors met entrepreneurs and representatives of the private sector. This also created a conducive environment for discussion on the ways the World Bank Group can collaborate to crowd in the private sector for diversified investment. In their discussions with policymakers and representatives of the civil society, the Executive Directors continued the conversation about various opportunities emerging in different sectors in federal Nepal, and ways to expand and enhance their positive impact.

The World Bank Group has a strong partnership with Nepal, since 1969. The current investment portfolio cuts across all key sectors in 25 projects and has a net commitment of $2.47 billion.